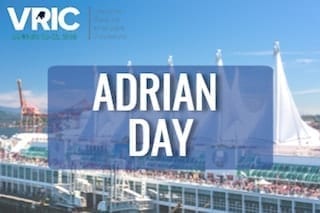 In this interview, Adrian Day of Adrian Day Asset Management also talks about copper and what mistakes to avoid as a resource investor.

The Investing News Network caught up with Adrian Day of Adrian Day Asset Management at this year’s Vancouver Resource Investment Conference to get more insight on the gold price and gold stocks.
Although the gold price increased more than 13 percent last year, gold stocks underperformed the yellow metal. But will that continue in 2018? “I think gold has definitely turned the corner, and I expect a much stronger gold market this year,” Day said.
Day believes the mining industry is facing challenges that are impacting investment in gold stocks, but it continues to be a good time to buy shares. “The biggest challenge right now is finding enough ounces to replace the ounces we are producing, as discoveries are in a 20-year downtrend,” he said.
He also shared his thoughts on copper and why it’s the other commodity he likes this year. “I am very interested in copper, [even though] it has moved a little bit too much too fast … looking ahead in the next four to five years we will have a shortage of the metal,” Day added.
Watch the video above or read the transcript below to learn more about Day’s thoughts on gold stocks, the gold price and his top stock picks.