At a critical time where political leadership vacuums have capital markets and world governments holding their collective breath, concern over the security of energy sources has touched a nuclear nerve. 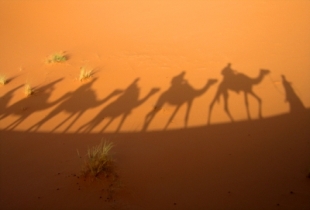 At a critical time where political leadership vacuums have capital markets and world governments holding their collective breath, concern over the security of energy sources has touched a nuclear nerve.

Following the loss of a landmark deal in Abu Dhabi, France’s nuclear policy council unveiled measures to streamline and unify a nuclear industry plagued by technical issues and public disputes that have tarnished its image abroad.

The council called on Areva Group (EPA:CEI) to turn its uranium mining arm into a subsidiary, and cooperate with Electricité de France SA (EPA:EDF) and GDF Suez SA (EPA:GSZ) to develop a new reactor, among a set of procedures aimed at reforming one of France’s most sensitive industries. EDF is an integrated energy operator active in the generation, distribution, transmission, supply and trading of electrical energy with a multinational  presence in France, Belgium, the Netherlands, the United Kingdom, the United States, Germany, Hungary, Poland, Italy, China and Vietnam. GDF Suez SA is also an electricity supplier with segmented revenue streams, international interests and a large presence in natural gas.

The nuclear policy council, chaired by President Nicolas Sarkozy, also announced the start of discussions to set up a wide-ranging partnership with top nuclear client China. China currently has 13 working reactors with just under 11 gigawatts of total generating capacity and has intentions to raise its capacity to 40 gigawatts by 2020.

In the wake of the Abu Dhabi loss, and delays in a key Finnish project, the recommendations appear to be another effort by the government to put behind public disputes between Areva and EDF’s heads which have harmed the French nuclear industry’s image abroad. Sarkozy acknowledged that, “while reaffirming that this mining business is a core asset for Areva, the nuclear policy council asks that the business is put in a subsidiary as a preliminary step to study strategic and financial scenarios to ensure its development.”

Last week, the Australian Workers Union (AWU) passed a national conference resolution calling on the Queensland government to overturn its uranium mining ban. Queensland has been the immediate focus because the state has an estimated $20 billion in uranium reserves. However, while uranium exploration is allowed in the sunshine state it is illegal to extract the resource. Despite the severe limitations on mining in the country, Australia is still a considerable producer of uranium, accounting for 16 percent of global supply and along with Canada and Kazakhstan which equate to 63 percent of the world’s production. Furthermore, the AWU wants Victoria and New South Wales to remove bans on uranium exploration where mining is also banned. The union’s national president Bill Ludwig indicated in a statement, issued after the vote was taken on the Gold Coast, that the abundance of uranium in Queensland that is not being utilized “is at the cost of our national income and good jobs”

Investors may be aware of the severe weather disasters in Queensland, which have proven costly to the region, in addition to recent governmental policy changes which seem to be relaxing some restrictions on mining. Australia has historically demonstrated a stronger governmental presence with regards to ownership and developments of its national mineral assets. The country can now commence supplying uranium to fuel Russia’s power reactors following developments earlier this year.

Currently, only South Australia and the Northern Territory have existing uranium producing mines with a uranium mine due to open in Western Australia in 2014. The current policy has limited uranium mining to those mines already in operation prior to 2007 to:  Ranger, Nabarlek and Olympic Dam.

The uranium spot market price is down $4.25 to $68.50 per pound as reported by TradeTech; however, Ux Consulting has maintained a spot market price at $72.25 per pound. The 6 percent slide on the TradeTech valuation was attributed to the entry of a non-traditional seller into the market looking to place over 800 thousand pounds. Sellers reacted to the news by immediately dropping offer prices and buyers quickly retreated from the market upon learning of the entity’s desire to sell. A lack of clarity and some speculation about the true motivation for the sale provided momentum to the price decline.

A few buyers ventured into the market as offer prices fell, and a total of seven transactions were concluded with buyers including utilities, traders, and financial entities. As the week came to a close, new demand emerged with a non-US producer entering the market seeking offers for 300 thousand pounds of uranium.