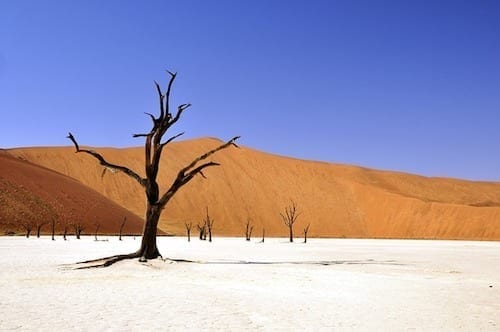 While some African nations are turning up the heat mining companies, Namibia is considering changing its policies to draw them in.

The African nation of Namibia is weighing its options on black ownership requirements in the mining sector in a bid to increase its appeal to investors.

Some countries in Africa, such as Zambia and the Democratic Republic of Congo, are currently bringing down the hammer on international mining companies through tax hikes and tighter financial examinations.

But Namibia wants to join countries like Zimbabwe in lessening mining investment rules as the commodities cycle rebounds.

In an interview with Reuters, Tom Alweendom, Namibia’s new mines minister, explained how the uranium- and diamond-mining country is re-examining its current mining requirements.

“I am not going to withdraw [black ownership requirements] unilaterally, obviously we first have to discuss and see if they are really serving the purpose of why they exist. If the answer is, they don’t, then maybe we should change,” he said.

Alweendom added, “[t]o give exploration licenses to many people who won’t add value, I think we are just slowing down the [black] empowerment that we want to achieve at the end of the day.”

Namibia’s current policy requires any company applying for an exploration license to have at least 20 percent representation of historically disadvantaged or black Namibians in its management. Five percent of each company must also be owned by Namibians, or by a company wholly owned by Namibians.

Namibia was the world’s fifth-largest producer of uranium in 2016, putting out 3,315 tonnes. Figures for last year have not yet been released.

Rössing, one of the world’s longest-running open-pit uranium mines, is located in Namibia with majority ownership belonging to Rio Tinto (NYSE:RIO,ASX:RIO,LSE:RIO).

Paladin Energy (ASX:PDN) also has its flagship operation in Namibia, the Langer Heinrich mine. The company has faced trouble in recent years, and was delisted from the ASX for an eight-month period before returning in February after a successful recapitalization.