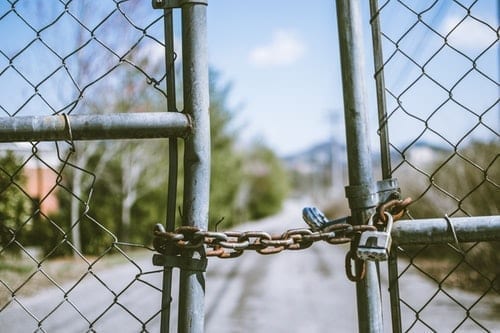 Despite slight gains in the uranium price during Q2, Canadian uranium producer Cameco plans to extend the production shutdown at McArthur and Key Lake indefinitely.

Despite slight gains in the uranium price during Q2, Canadian uranium producer Cameco (TSX:CCO,NYSE:CCJ) plans to extend the production shutdown at McArthur and Key Lake indefinitely.

“We continue to expect to generate strong cash flow this year as we draw down inventory and focus on operating efficiently. However, we have not seen the improvement needed in the uranium market to restart McArthur River and Key Lake,” Tim Gitzel, Cameco’s president and CEO said in the company announcement.

Cameco is the leading uranium producer supplying 17 percent of global output. McArthur River is both Canada’s most significant and the world’s largest high grade uranium-producing mine.

News of the shutdown was especially hard for residents of Saskatchewan, the Canadian province where the mine is located. According to the company, 500 site employees will be permanently laid off, while an additional 150 positions will be lost at the corporate office.

Some of those affected may be able to find similar positions with provincial uranium miner NexGen Energy (TSX:NXE,NYSE:NXE), the company exploring and developing the Arrow site in the Athabasca Basin, not far from Cameco’s McArthur River and Key Lake sites.

The Arrow project, located in the North West quadrant of the province is home to what has been dubbed “the largest undeveloped uranium deposit in the basin.” In fact, that part of Saskatchewan is so synonymous with uranium exploration there is an official uranium city with a population of just under 80 residents.

NexGen Energy offered these comments in relation to the Cameco announcement: “This shutdown is clearly very difficult for the province as it involves significant layoffs, but it is the correct call to make and is driven by economics.”

While mass layoffs are always troubling, NexGen does see a slight silver lining in the McArthur/Key Lake production halt.

“This is hugely constructive for the supply-demand fundamentals and is representative of the state of the industry which is in a structural crisis. Incentive pricing for current mines is orders of magnitude higher than the current market price and has been the case for many years,” NexGen added.

With 11 percent of global supply removed from the market, a production reduction in Kazakhstan and a uranium as a national security issue investigation underway in the US some speculate demand will surge as production drops.

This is further evidenced by the roughly 50 uranium-fueled nuclear reactors that are scheduled to come online in the next two years, in addition to the 450 which are currently in operation around the globe.

It is estimated that approximately 25-30 percent of global supply has been removed from the market since 2016.

“Those deliberate cuts to production should finally begin to prop up prices as reserves of the rare metal dwindle and nuclear power generators rush to lock-in long-term contracts,” John Borshoff, founder of Australian-based Paladin Energy (ASX:PDN) said earlier this year.

He went on to note, that once utilities see a surplus of demand over supply, “that’s when you will see a dramatic change. The whole issue of fear of lack of supply will start to seep in when they realize they are competing for rare pounds of uranium.”

A significant increase in the uranium spot price could entice Cameco to restart McArthur River and Key Lake.

“We will not produce from our tier-one assets to deliver into an oversupplied spot market,” the Cameco press release stated. “Until we are able to commit our production under long-term contracts that provide an acceptable rate of return for our owners, we do not plan to restart.”