Uranium Investing News takes a look back at how uranium fared during the turbulence of 2014, speaking with analysts and CEOs about the market. Overall, while the market spent 2014 mired in disappointment and underperformance, the year looks set to finish on a strong note. 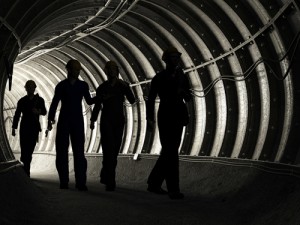 The uranium market spent 2014 mired in disappointment and underperformance, but the year looks set to finish on a strong note amidst optimism that the industry could be on the verge of a significant rise.

In the past six months, the spot price of uranium has risen 50 percent, while interest in long-term prices has also risen. During that time, news surfaced that two nuclear reactors in the Sendai district will be restarted in 2015, and that has further stoked interest in the market.

That said, David Talbot, a senior analyst with Dundee Capital Markets, sees utilities companies reentering the fray as they look to secure long-term supplies of the commodity as the biggest news of the past year. Indeed, term contracting has secured at least 69 million pounds of uranium this year — that’s three times the amount sold in 2013, but still below the 100-million-pound average seen over the past eight years, said Talbot.

At the start of the year there were high hopes for uranium, with interest percolating after the dismal years following the Fukushima disaster. Prices stayed relatively stable before falling off the edge in March, tumbling down to the high $20 range.

“I incorrectly thought we would enjoy a positive year in the resource markets. The first portion saw appreciation in share prices across our sector, but the last few months of 2014 have proven challenging,” said Jim Paterson, CEO and director of Kivalliq Energy (TSXV:KIV).

Analysts were also surprised by the length of time it took for reactor restarts in Japan to gain formal approval. David Sadowski, an analyst with Raymond James, said he had expected six nuclear reactors have restarted by Christmas.

Tensions in Russia and Ukraine, with a passenger plane getting shot down reportedly by Russian-backed rebels, led to economic sanctions and a tightening of uranium demand.

While the recent months have been packed with good news, the summer was a dark time for investors.

“We predicted in [a] January report that prices would average $42 for the year, and while the spot price eventually touched that level in November there was a prolonged period in the high $20-per-pound [range], including touching a nine-year low at $28, and that was unexpected during this past summer,” said Sadowski.

Ted O’Connor, CEO and president of Azincourt Uranium (TSXV:AAZ), echoed those thoughts, commenting that while the market seems to be recovering and the future is bright, the summer was tough.

“The languishing uranium price that has now improved (roughly) 40 percent over the past month or so has not correlated into the uranium company share prices,” he said in a statement. “This has made financing exploration and development projects difficult.”

Despite the gloomy news, Sadowski said investors have still been able to make good gains as the sector hasn’t been as hard hit as gold and silver.

On the company side, Azincourt zeroed in on a fertile uranium system on its Patterson Lake North project and also acquired Minergia, a Peruvian company, for $2 million from Cameco (TSX:CCO,NYSE:CCJ) and Vena Resources (TSX:VEM). Azincourt then vended that project to Macusani Yellowcake (TSXV:YEL), further broadening the company’s scope.

As the industry heads into the new year, the expectation is that times will be brighter as increased interest from utilities companies continues to drive the market. Stay tuned for our outlook for next year.

Securities Disclosure: I, Nick Wells, hold no direct investment interest in any of the companies mentioned in this article.

Top Uranium Stocks of 2020 on the TSX and TSXV
What Was the Highest Price for Gold?
How to Invest in Energy
Ways to Invest in Potash