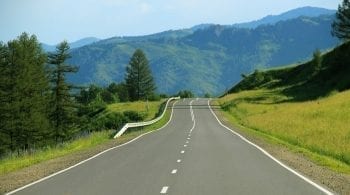 OPEC’s recent agreement and incoming US president Trump’s uncertain policies will impact oil and gas next year, so what are the predictions for 2017?

Oil and natural gas prices have been on the rebound in the last months of the year. Both commodities had a rocky start of 2016, as oil hit a low of $27 per barrel and natural gas dropped to an 18-year low of $1.57 per million British thermal unit.
But in November, after the Organization of Petroleum Exporting Countries agreed to cut production for the first time in eight years, oil prices surged to a 17-month high to $52.83 per barrel.
For natural gas, the turnaround happened on December, when the Henry Hub natural gas spot prices rose to a two-year high of $3.72 per million Btu, supported by cold weather conditions.
The Energy Information Agency forecasts Brent crude oil prices to average $43 pb in 2016 but to be up to $52 pb in 2017. The Henry Hub gas spot prices are estimated to rise from an average of $2.49 in 2016 to $3.27 in 2017.

After months of discussions, OPEC reached an agreement to curb production for the first time in eight years. The output is expected to be cut by 1.2 million barrels per day starting in the new year. In addition, several non-member countries, including Russia, pledged to reduce their production by roughly 560,000 barrels per day for the first six months of 2017.
But the latest oil production data from EIA showed US production increased by 9,000 barrels a day to 8.7 million barrels for the week ended November 25.
“For contractual and logistical reasons, we might initially see that the output cuts do not fall neatly into place,
“The deal is for six months and we should allow time for it to be implemented before re-assessing our market outlook. Success means the reinforcement of prices and revenue stability for producers after two difficult years; failure risks starting a fourth year of stock builds and a possible return to lower prices,” the IEA added.
For natural gas, the EIA forecast production to average 77.5 billion cubic feet per day (Bcf/d) in 2016, a 1.3 Bcf/d decline from the 2015 level, which would be the first annual production decline since 2005. Next year, output is predicted to increase by an average of 2.5 Bcf/d from the 2016 level.
But production could potentially rise, as the incoming US President Trump’s policies are uncertain and could threaten the capacity of OPEC to set oil prices. Iran, that has been exempted of OPEC’s deal, could also rise production, working against the global supply glut. In addition, it may take longer to lower the massive buildup of crude oil and refined product inventories.
“Any increased oil production in the U.S. could limit further gains in natural gas prices, as it would likely increase oil-associated natural gas production, which accounts for about 20 percent of domestic supply,” Michael Roomberg, who helps manage $7.5 billion at Miller Howard Investments Inc. in Woodstock, New York, said to Bloomberg.

Uncertainty: Trump and the Weather

During his campaign, Trump promised to bring an energy revolution, expecting that the oil and natural gas industry could lead to the creation of “another 400,000 new jobs per year”. He has also proposed to end energy regulations and said that they are hurting economic growth.
“I will cancel job-killing restrictions on the production of American energy, including shale energy and clean coal, creating many millions of high-paying jobs,” said President-elect Donald Trump.
Bank of America Merrill Lynch’s, head of global commodities and derivatives research, said to CNBC: “So now OPEC has to deal with a rising threat of more supply from the U.S. at a lower cost, because that’s what lower regulatory hurdles mean for supply in this country,”
Another factor to consider is a rising US Dollar, that has reached multi-year highs following the US presidential election, as there are expectations of economic expansion in the next few months. A stronger dollar pressures demand for dollar-denominated crude, making barrels more expensive for users of other currencies.
In addition, forecasts of colder temperatures than last winter contributed to EIA’s projection of a 13 percent year-over-year increase in residential and commercial natural gas consumption from December 2016 through March 2017.
But Citi analysts warned that temperatures at the beginning of winter aren’t always a dependable signal for the coming months. “We caution against extrapolating current weather patterns too far into the future,” the bank said in a research report.

Looking at the year ahead, investors interested in the oil and gas market should pay attention at how decisions made this year develop in the next few months. OPEC reached a historic deal, supported by non-members, but there are still doubts as to whether all countries will comply with the set targets.
Trump’s policies are still uncertain, and a stronger US dollar may drive oil prices higher than expected while impacting the natural gas market. Still, analysts and banks predict that oil prices will surge next year, and that a turnaround from oversupply to deficit in the natural gas market is always possible.
Don’t forget to follow us @INN_Resource for real-time news updates!
Securities Disclosure: I, Priscila Barrera, hold no direct investment interest in any company mentioned in this article.