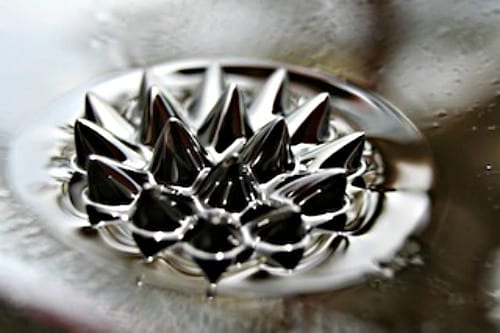 China is the largest country for rare earth metal production by far, but what are the other top nations? Find out here.

Demand for the metals is increasing as renewable energy becomes more important across the globe. Rare earths like neodymium and praseodymium, which are important in clean energy applications and high-tech industries, are in the spotlight, particularly as electric vehicles and hybrid cars gain popularity.

Other factors, like the ongoing tensions between the US and China, are also putting the spotlight on rare earths. Since China is the world’s largest producer of the materials by far, the fraught relationship between the countries is directing attention to rare earths supply chain issues.

With that in mind, it’s worth being aware of rare earth metal production numbers. Here’s a look at the 10 countries that mined the most rare earths in 2019, as per the latest data from US Geological Survey.

Chinese producers must adhere to a quota system for rare earths production. The full-year quota for mining in 2019 was set at a record high level, while the quota for smelting and separation was 127,000 tonnes. Interestingly, this system led China to become the world’s top importer of rare earths in 2018.

The quota system is a response to China’s longstanding problems with illegal rare earths mining. Over the last decade, the country has taken steps to clean up its act, including shutting illegal or environmentally non-compliant rare earth mines, and limiting production and exports.

Currently, six state-owned miners are in charge of the rare earths mining industry, in theory allowing China to keep a strong handle on production. However, illegal extraction remains a challenge, and the Chinese government continues to take steps to curb this activity.

Rare earths supply in the US currently comes only from the Mountain Pass mine in California, which went back into production in Q1 2018 after being put on care and maintenance in Q4 2015. It was run by Molycorp before it went bankrupt and then was bought by MP Mine Operation.

The US is a major importer of rare earth materials, with demand for compounds and metals worth US$170 million in 2019; that’s up from US$160 million in 2018. The country has classified rare earths as critical minerals, a distinction that has come to the fore due to trade issues between the US and China.

Little information is available about the country’s rare earth mineral deposits and mining projects, but the nation does have a close relationship with China — in 2018, Myanmar provided 50 percent of China’s medium to heavy rare earths feedstock. That seems unlikely to continue; at the end of 2019, Myanmar closed its borders to China, driven by a stated aim of environmental protection and remediation.

The country holds the sixth largest-known rare earths reserves in the world, and is poised to increase its output. Australia-based Lynas (ASX:LYC,OTC Pink:LYSCF) operates the Mount Weld mine and concentration plant in the country, and it recently announced plans to boost production to 10,500 tonnes per year of neodymium-praseodymium products by 2025.

Northern Minerals (ASX:NTU) opened Australia’s first heavy rare earths mine in 2018. Its main products are terbium and dysprosium, the latter of which is used in technology such as permanent magnets.

In the fall of 2014, Indian Rare Earths and Toyota Tsusho Exploration entered into an agreement regarding the exploration and production of rare earths via deep-sea mining.

Russia produced 2,700 MT of rare earths in 2019, flat from 2018. The country’s government is allegedly “unhappy” with its supply of rare earths, and the companies IST Group and Rostec made a US$1 billion investment into production a few years ago.

It’s expected that production in Russia will increase over time through the development of pre-existing rare earths fields. The country now accounts for roughly 1 percent of global production.

Madagascar recorded rare earths extraction of 2,000 MT in 2019, the same production as the year before. The country holds the Tantalus rare earth project, which is said to contain 562,000 tonnes of rare earth oxides.

Thailand’s rare earths production increased to 1,800 MT in 2019 from 1,000 MT in 2018. Its rare earths reserves are not currently known, but the country remains a top 10 producer outside of China.

The country reportedly hosts several rare earth materials deposits with concentrations against its northwestern border with China and along its eastern coastline. Vietnam is interested in building its clean energy capacity, including solar panels, and is said to be looking to produce more rare earths for its supply chain for that reason.