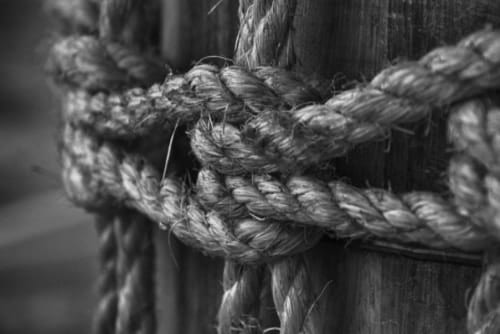 Without a doubt, 2019 was a rocky year for lithium — although demand saw double-digit growth, prices continued their downtrend.

As a result, lithium miners around the world reacted to the challenging market conditions by scaling back production and cutting costs.

But what will happen to lithium next year? To find out, the Investing News Network reached out to a number of companies in the space to get their thoughts on what’s ahead for lithium in 2020.

Read on to learn their thoughts on the lithium forecast.

Although optimism remains about the long-term fundamentals of lithium, this year has been a tough one for juniors and producers around the world, and in particular for Australian miners.

Pilbara’s Brinsden said one of the biggest surprises this year was the extent to which China’s domestic conditions have impacted the lithium space.

“China is a key driver because they are the main consumers of lithium raw materials,” he explained. “The change in the electric vehicle (EV) subsidy regime in China, combined with a relative weakness in the Chinese economy, has clearly impacted lithium raw material demand and in turn it has impacted pricing in a way we hadn’t expected.”

Speaking about the current state of the lithium market, Altura’s Cheeseman said it’s been a challenging year for all the elements of the supply chain.

Piedmont’s Phillips echoed this sentiment. “We felt the market would recover in mid-2019 and were obviously disappointed by continued market weakness,” he added.

Similarly, E3 Metal’s Lappin said that at the end of 2018 estimates for EV adoption continued to be strong, which led her company to expect a stronger lithium market compared to what unfolded.

For his part, American Battery Metals’ Nickle anticipated that lithium pricing would drop in 2019 as investor confidence nosedived with the overblown “oversupply” narrative.

“We also know that exploration and mining fundamentals don’t change significantly over time, and that in order to meet near-term demand projections, investment in battery metals projects will need to happen soon, and in earnest, to bring resources to market in both the short and long term,” he said.

Looking back at trends in 2019, AIS’ Thomas said he expected the lithium oxide and carbonate markets to be decimated because of the large amount of production going to one buyer: China.

“This was a strategic mistake by the Australians getting their capital from their buyers,” Thomas commented. “We (also) thought some of the new technologies would be in production commercially, but this hasn’t eventuated to any degree.”

Following the strategic investments announced in the lithium sector during 2018 and the anticipated rising interest in EVs, Argosy’s Zuvela was hopeful that the market would see continued strategic interest to fund new, better lithium development projects and ensure supply security for strategic groups that are in or entering the EV sector.

Despite seeing some investments in the sector during 2019, Zuvela said minimal new projects were funded significantly enough to develop successful operations.

“Lithium prices fell consistently throughout the year, resulting in lithium offtakers and strategic groups being more cautious with their approach,” he said. “This was further exacerbated by a number of unexpected negative macro factors, including the magnitude of US-China trade tensions and China revoking EV subsidies.”

In Europe, Infinity’s Ledoux Pedailles said that at the end of 2018 he started to hear some more noise coming from the European Commission and the European Investment Bank about supporting lithium production in the region after mostly focusing on EVs and lithium-ion batteries.

“We saw this as great news, but we remained cautious as we knew that implementation of European support can take awhile. However, we have been very surprised how quickly different European bodies stepped in and are now willing to provide capital to selected lithium projects as early as 2020.”

Speaking about the most challenging aspect of the market this past year, Piedmont’s Phillips mentioned the disconnect between current lithium prices and equity valuations.

“(Also) the reality that battery-grade lithium demand must explode in the early 2020s or the requirements of automakers will not be met,” he added. “(But) current prices are far too low to justify major capital spending.”

Ledoux Pedailles said short-term investors paying attention to elements such as spot prices in China or month-on-month EV adoption rates, as opposed to paying attention to the long-term fundamentals of the lithium specialty market, remains a challenge for the space.

“Warren Buffet’s quote, ‘The stock market is a device for transferring money from the impatient to the patient,’ couldn’t apply better to the lithium market in 2019,” he said.

But what’s ahead for lithium? For Piedmont’s Philipps, the market will bottom in the first half of 2020 and recover aggressively in the second half, ultimately surpassing prior record-high prices.

“The EV shift is upon us, and major original equipment manufacturers have battery requirements in 2022 to 2024 that will require substantially higher prices than producers are currently seeing,” he said.

His tip for new investors is to focus on assets in safe geographies and with conventional technology. “That is the low-risk way to play the turn,” he said.

E3 Metals’ Lappin highlighted that there seems to be a general agreement among price forecasters that the next five years and beyond could bring the highest likelihood of a supply crunch, leading to a potentially significant increase in lithium prices.

“(This) leads us to be cautiously optimistic that 2020 will be an improved market,” she said. “In the meantime, the current market price environment forces us to be prudent in developing a profitable project at today’s prices.”

With supply limited and with spodumene stockpiles decreasing throughout 2020, the market should see lithium prices improve and hopefully sustain an upward trajectory, according to Argosy’s Zuvela.

“Noting the challenges the lithium market has endured over the past 12 to 18 months, it is important for investors to focus on the broader fundamentals of the market and the general EV thematic.”

He continued, “As demand becomes more sustainable, so too will the production/supply channels — underlying all of this is the extraordinary level of new lithium carbonate equivalent (LCE) production required to support the industry.”

Investors need to understand that all supply is not created equal, with different purities and specifications depending on the customer and end use, according to E3 Metals’ Lappin.

“Lithium is a specialty chemical that is often discussed as though it is a commodity,” she said. “Lithium prices and tonnages quoted throughout the media could refer to vastly different deposits, product qualities and source locations.”

For his part, Ledoux Pedailles of Infinity believes the producers that are able to deliver consistent battery-grade quality will do fine in 2020.

“(That’s) because those products’ prices, especially for lithium hydroxide, have not collapsed like technical-grade or lower-grade product have during 2019,” he said. “Producers who can’t deliver high and consistent quality will have to keep fighting in the Chinese spot market.”

Pilbara’s Brinsden said that now, more than before, companies have to be careful to establish the right customer base.

Ledoux Pedailles added that investors should remember that lithium remains an emerging and small market subject to much volatility.

“The story is long term and not just indexed to EVs — I won’t be surprised if in time energy storage systems actually become bigger than EVs,” he said.

Nickle said he is approaching 2020 with an optimistic wait-and-see attitude when looking at pricing.

“Investors should be prepared to go long on battery metals investments, and choose companies run by experienced teams that are focused on execution, rather than promotion,” he said.

Despite the drop in LCE prices over 2019, which has taken some high-cost projects offline, Lithium Chile’s Cochrane said investors need to be patient — there will be a recovery.

“Demand in the electric mobility space continues to increase, so we expect to see a moderate rebound in lithium prices towards year end,” he said.

Thomas is less optimistic about prices next year, saying he expects a worse market, even though the big five projects in Australia have significantly cut back production. However, these may reverse their fortunes later in the year or in 2021.

In the executive’s opinion, lithium producers have to stop taking high-interest loans, and they have to get a wide distribution of clients instead of only focusing on the Chinese.

“Stay out of it until a new technology is proven at (the) commercial pilot plant stage and then tread very carefully,” he said when asked about his tips for new investors. “Profitability will be very low in the current market.”

Lithium forecast 2020: What’s ahead for companies

Looking back at what Altura accomplished this year, Cheeseman said one of the things his company has done successfully is offtake diversification. He was not only referring to setting new contracts, but also to maintaining strong business relationships.

He also shared what’s next for Altura in the new decade.

“Getting our volumes up means we lower our cost per tonne. So our focus is on lowering our operating costs and being one of if not the lowest-cost producers out of (the new players) in Western Australia.”

In 2020, Piedmont Lithium, which just received a critical federal permit for its North Carolina project, is expecting to announce the results of a prefeasibility study in April.

After signing a partnership with top lithium producer Livent (NYSE:LTHM) in 2019, E3 Metals is working towards a field pilot that will prove its direct lithium extraction ion-exchange technology at large scale.

“The planned deployment of this field pilot will take advantage of existing brine and infrastructure at surface related to current oil and gas production,” Lappin said. “The completion of E3 Metals’ pilot is a critical step towards commercializing our Alberta lithium project, planned to produce an initial 20,000 tonnes of LCE per year.”

In the short term, Infinity is hoping to secure a multimillion-euro funding facility for its pilot plant in Spain, financed by European money.

“We have also been selected for additional European funding, and (are) getting started in this new process during December,” Ledoux Pedailles said, adding that the company is also in final negotiations for an offtake agreement to be signed shortly.

Next year, in addition to its exploration and mining division, American Battery Metals will continue advancing its proprietary extraction and battery recycling technologies.

After receiving permission from two separate indigenous communities that owned surface rights, Lithium Chile’s Turi exploration program is underway, and the company expects to move onto its Coipsa property in early 2020.

Argosy’s immediate focus is the development of a 2,000 metric ton per year LCE processing plant at its Rincon project.

“We are awaiting final regulatory approval for this stage of operations, which once obtained should assist with securing financing and binding offtake agreements to be able to commence works to begin the construction of the plant,” Zuvela said.