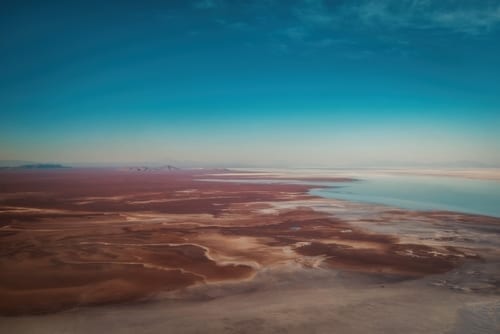 The lithium market is hot right now. Before you leap in and start investing in this important metal, learn these five basic lithium facts.

Lithium-ion batteries power everything from cell phones to laptops to electric cars, and demand for the metal continues to rise.

Companies and investors are continually being drawn in by news of Elon Musk and Tesla’s (NASDAQ:TSLA) lithium-ion battery gigafactory.

However, Tesla’s gigafactory isn’t the only lithium-ion battery megafactory out there, and there’s more to lithium and the lithium market than electric vehicle batteries. Investors new to the lithium space will want to get a handle on a few basic facts about lithium before jumping in.

1. It’s the lightest metal on the periodic table

The first lithium fact that might come as a surprise is that lithium is the lightest metal on the periodic table. Lithium is almost half as dense as water, and is part of the alkali metals group. The metal also has a high specific heat, making it useful in the production of heat-resistant glass, while its electrochemical potential makes it useful in batteries.

2. It can be found in brines, hard rock deposits and clays

Another lithium fact is that the element is found all over the world, in both hard rock deposits and evaporated brines. The Greenbushes mine in Australia is a key hard rock deposit, while most of the world’s lithium brine production comes from salars, or salt flats, in Chile and Argentina. Along with Bolivia, those South American countries make up the prolific Lithium Triangle.

It is worth noting that several companies are also looking to develop clay-based lithium deposits.

3. There are many different types of lithium products

There are various types of lithium products, and many different applications for the mineral. After lithium is extracted from a deposit, it is often processed into lithium carbonate, lithium hydroxide or lithium metal. Battery-grade lithium carbonate and lithium hydroxide can be used to make cathode material for lithium-ion batteries. Most contaminants must be removed in order for either material to be considered battery grade.

Hydroxide tends to be more expensive, but can produce cathode material more efficiently. It is also necessary for some types of lithium-ion battery cathodes, such as nickel–cobalt–aluminum oxide and nickel-manganese-cobalt oxide.

Meanwhile, lithium metal can be used to produce anode material for high-energy-density batteries. Lithium metal is produced by the electrolysis of lithium chloride and potassium chloride. The popularity of lithium metal is increasing due to its use in solid-state batteries, which could become an alternative to conventional lithium-ion battery technology as the energy storage revolution continues to unfold.

4. It’s not just for batteries

While batteries have been getting most of the attention in the lithium space lately — and while demand for lithium from the battery and energy storage sectors is certainly on the rise — other sectors continue to account for a healthy proportion of lithium demand.

Citing data from Roskill, a report from Stormcrow Capital notes that, in 2013, rechargeable batteries made up 29 percent of lithium demand, while the remainder of the market was mostly made up of various industrial end uses. In 2018, that proportion increased to 56 percent, as per the US Geological Survey, but sizeable portions of the market were still accounted for by ceramics and glass (23 percent), lubricating greases (6 percent) and other industrial uses.

Lithium is also used in pharmaceuticals, lubricants and heat-resistant glass.

5. Prices can be hard to find

Last on our lithium facts list is the price challenge. Like most critical metals, lithium is not traded on any public exchange, and the world’s top lithium producers don’t often give out stats. For a long time, most of the world’s lithium was produced by an oligopoly of producers often referred to as the “Big 3,” which included Rockwood Lithium, now owned by Albemarle (NYSE:ALB), Sociedad Quimica y Minera de Chile (NYSE:SQM) and FMC (NYSE:FMC).

Producers in China have grabbed a larger share of the lithium market in recent years, but the lack of information on pricing has continued. However, interested investors can look to experts in the lithium space for market reports and price forecasts.