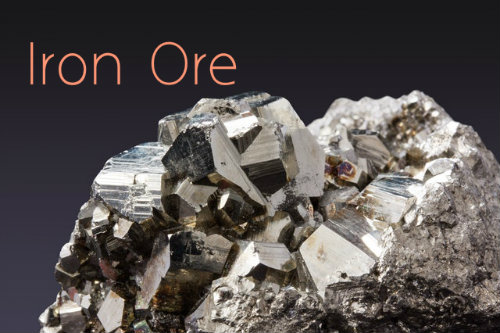 What is the largest iron-producing country? Check out our list of countries by iron ore production to find out which were on top in 2018.

Iron ore prices have been on the rise this year after a tailings dam collapsed at Vale’s (NYSE:VALE) Córrego do Feijão mine in Brazil.

Following the late-January incident, prices for the base metal have gradually trended upward to eventually hit a five year high of US$123.19 per tonne in July.

While supply concerns out of Brazil have helped lead iron ore’s rally, it’s important to note other major producers of the commodity. As such, here are the 9 top iron-producing countries of 2018 with data provided by the US Geological Survey.

First on the list is Australia, the largest iron-producing country, whose usable iron ore output was 900 Mt in 2018. Having grown from 2017’s numbers of 883 Mt, the increase was no doubt helped by Australia’s leading iron ore producer, BHP (NYSE:BHP,ASX:BHP,LSE:BLT).

As Brazil continues to recover from this year’s earlier issues with Vale, Australian officials have since released a report detailing their intentions to help fill the supply gap. Exports out of the land down under are expected to climb from 2018 to 2019’s 806 Mt to 869 Mt by 2020 to 2021, with the report citing large producers ramping up to their long-term production targets.

The second-largest iron-producing country is Brazil, where usable iron ore production totalled 490 Mt in 2018. Though the deadly aforementioned incident involving Vale operations is set to have an impact on the country’s 2019 iron production, the South American nation’s numbers grew between 2017 and 2018.

The major iron ore producer told investors in March that it anticipated an annual production loss of 93 Mt for 2019 in the aftermath of the Brazilian disaster.

China is the world’s largest consumer of iron ore despite being only the third-largest iron-producing country last year. Its production of usable ore decreased slightly, dropping from 360 Mt in 2017 to 340 Mt in 2018.

Recent surges in iron ore prices have reportedly led Chinese officials to conduct an investigation to “crack down on abnormal behaviour.” With China being the world’s largest producer of stainless steel, the spike in costs for imported iron ore set off major red flags, as the country imports over 70 percent of global seaborne iron ore.

Vedanta Resources is a major iron ore producer in India, and has operations in Karnataka and Goa. The company reported producing 2.2 Mt out of Karnataka and 4.9 Mt from Goa during the 2018 fiscal year, while also noting that operations in the latter had been shuttered by the supreme court.

Russia comes in as the fifth-largest iron-producing country in the world. Usable iron ore production remained unchanged from 2017 at 95 Mt, while iron content dropped slightly from 61.2 Mt.

Its mining and steel group, Metalloinvest, saw a slight increase in iron ore production with a 0.2 percent boost to 40.4 Mt. Meanwhile, full-year 2018 revenues grew 15.3 percent year-over-year to hit US$7.1 billion.

Also dropping slightly from 2017 was South Africa, whose usable iron ore production fell from 81.1 Mt to a flat 81 million in 2018. The country’s iron ore content also simmered from 52.6 Mt to 52 million.

Last year, the company produced 43.1 Mt of iron ore, marking a 4 percent drop from the year before. However, according to the company’s 2018 annual results report, product quality improved from an average of 64.1 percent iron to 64.5 percent.

Black Iron (TSX:BKI) is a Canadian company exploring and developing its 100 percent owned Shymanivske project in the country. After having nearly started operations at the mine in 2014, the company had to put the project on hold when Russia invaded Ukraine.

Now that the conflict has cooled, Black Iron has completed a preliminary economic assessment, and is making advances towards construction. The study reported 68 percent iron ore concentrate with Phase 1 putting out 4 Mt each year and Phase 2 putting out 8 Mt annually. When the time comes, this will make an impact on the total national output, but for now the company is still securing land rights and financing for construction.

Coming in as the eighth largest iron-producing country, Canada’s production totaled 49 Mt of usable iron ore in 2018, the same as the previous year. Iron content decreased slightly, however, falling from 2017’s 29.4 Mt to a flat 29 million.

Champion Iron (TSX:CIA) is one company pursuing iron ore production in the country. It is focusing on developing iron ore resources in Quebec, and in 2016 it acquired the Bloom Lake mine. Earlier this year, the company completed a feasibility study for Bloom Lake’s Phase 2 expansion, which is set to entail increasing overall capacity from 7.4 Mt per year to 15 Mt per year of 66.2 percent iron ore concentrate.

Tied with Canada for the number 8 spot, iron ore production in the US increased slightly in 2018. According to the US Geological Survey, the country produced approximately 2 percent of the world’s output. US production came from seven open-pit mines along with three iron metallic plants —two hot-briquetted iron plants and one direct-reduced iron plant — to help supply steelmaking raw material.

The survey went on to add that mines in Michigan and Minnesota alone shipped 98 percent of usable iron ore products in the US at an estimated value of US$4.1 billion.