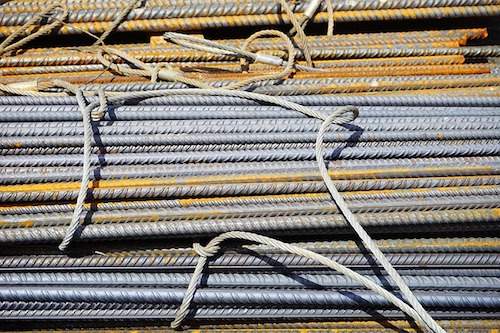 Iron ore is most often found in the forms of hematite and magnetite. Learn what makes those types of iron ore different and make an informed investment.

Did you know that there are different types of iron ore? Iron is most often found in hematite and magnetite ores, though goethite, limonite and siderite ores are also common sources.

For that reason, hematite ore is important for many mining companies. As Australia’s Magnetite Network explains, “[d]irect shipping ores, when mined, typically have iron (Fe) content of between 56% Fe and 64% Fe … By comparison, magnetite ore typically has a much lower iron content when mined of between 25% and 40% Fe and in this form is unsuitable for steel making.”

Hematite ore is found throughout the world, but the most utilized deposits are in Brazil, Australia and Asia. Hematite ore has been the primary type of iron ore mined in Australia since the early 1960s.

Approximately 96 percent of the continent’s iron ore exports are high-grade hematite ore, and the majority of its reserves are located in the Hamersley province of Western Australia. The mountainous Hamersley Range is at the center of hematite ore exploration and development because it sits on a banded iron formation.

Brazil is another one of the world’s main sources of this type of iron ore. Its Carajas mine is the largest iron ore mine in existence, and is operated by Brazilian miner Vale (NYSE:VALE). Vale is the third-largest mining company in the world and the largest producer of iron ore pellets. Vale’s headquarters are in Rio de Janeiro, and its primary iron ore assets are in the Iron Quadrangle region of Minas Gerais.

Magnetite ore is currently mined in Minnesota and Michigan in the US, as well as in taconite deposits in Eastern Canada. A major mining site in Michigan is the Marquette Range. The deposit was discovered in 1844, and ore was first mined there in 1848. Magnetite ore and hematite ore are among the four types of iron ore deposits found in this area.

In Minnesota, this type of iron ore is mined mainly in the Mesabi Range, one of the four ranges that make up the Iron Range of Minnesota. In Canada, Labrador is home to the majority of magnetite ore mining. In particular, mining companies focus on exploration and development in the iron-rich Labrador Trough.

Now that you know a bit more about the different types of iron ore, would you like to know what the world’s top iron ore producers are? Click here to read about the 10 largest iron-producing countries.

This is an updated version of an article first published by the Investing News Network in 2013.

26 responses to “Types of Iron Ore: Hematite vs. Magnetite”