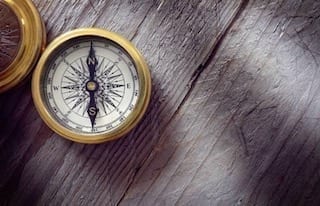 Paul Benjamin, research director at Wood Mackenzie, shares his insight on the copper price rally, the copper market and what’s ahead for the red metal.

Copper prices have been trending upward since January, and have surged more than 22 percent since the beginning of the year. On Thursday (August 31), the metal hit $6,872 per tonne, its highest level in almost three years, and it is currently holding near that level.
The red metal’s price increase has been supported by supply concerns caused by upbeat Chinese data and mine disruptions earlier this year. However, many analysts are now warning that the rally might be “overhyped,” with some suggesting that the market may be overreacting to the sharp price increase.
With that in mind, the Investing News Network reached out to Paul Benjamin, research director at Wood Mackenzie. In the interview below, he shares his insight on the copper price rally, the copper market and what’s ahead for the red metal.

Copper prices: Will the rally continue?

As mentioned, copper hit its highest point of the month on Thursday, touching $6,872, a level not seen since September 2014. Prices have jumped more than 7 percent so far in August and are on track to gain for a third consecutive month.
But many experts are warning that a price correction could be just around the corner, as this sharp increase seems to be moving away from fundamentals. “From a fundamental perspective, the recent level of the copper price is hard to justify,” Benjamin said.
Many other analysts, including Barclays’ (LSE:BARC) Dane Davis and Bank of America’s (NYSE:BAC) Michael Widmer, are also cautious, and believe prices may be rising due to investor speculation and not an improvement in fundamentals.
Interestingly, in a recent readers’ survey conducted by the Investing News Network, 63.53 percent of voters said they believe the copper price rally will not run out of steam. Click here to read more.

Supply concerns are one of the main factors driving the recent copper price rally. Earlier in the year, two major copper mines stopped production for several weeks.
More recently, declining inventory levels in global warehouses have increased worries about supply. According to Reuters, Shanghai Futures Exchange warehouse inventory has dropped by more than 8 percent over the past week to reach 187,444 tonnes. Meanwhile, LME warehouse on-warrant inventories not earmarked for removal have halved to 112,950 tonnes over the past six weeks.
In contrast, COMEX stocks have significantly increased in the past week to reach 181,072 tonnes — tha’ts their highest point in 13 years.
Benjamin explained that the movement of stocks between the LME, COMEX and SHFE exchanges often reflects potential arbitrage opportunities. “Investors should keep an eye on the overall stocks picture — in addition to exchange stocks, these include Chinese bonded warehouses, the SRB, producer and consumer stocks, etc.,” he explained.
Despite positive data reports, many analysts were calling for weaker demand from top consumer China as the first half of the year came to an end. But copper demand from the Asian country seems to remain stronger than many predicted earlier in the year.
“The Chinese end-use demand picture so far this year has been slightly better than our initial expectations,” Benjamin said. “However, the ready availability of scrap has largely compensated for any shortfalls in primary supply.”
According to Wood Mackenzie, refined copper demand in top-consumer China is forecast to grow slightly more slowly than last year. “But any ‘hard landing’ for the Chinese economy has thus far been avoided,” Benjamin said.

Give me my free report!
Looking over to the US, copper bulls have been eagerly awaiting US President Donald Trump’s $1-trillion infrastructure spending plan, a promise he made during the election last year. Many market watchers initially believed copper prices could receive a boost if Trump was able to push this bill through Congress, something that has not yet happened.
“Anything that Trump does manage to achieve in this regard is likely to have a negligible effect on copper demand over the short to medium term,” Benjamin commented.
In terms of a deficit in the market, Benjamin believes that over the short to medium term, the refined copper market looks close to balanced.
“A more significant deficit may emerge early in the next decade unless more miners follow the recent example of BHP Billiton (ASX:BHP,NYSE:BHP,LSE:BLT) and OZ Minerals (ASX:OZL) in starting to build new mines,” Benjamin said.

It’s hard to deny that the electric car revolution is happening faster than expected. In fact, EV sales are forecast to reach 14.2 million units by 2025, according to UBS (NYSE:UBS).
As a result, many investors are optimistic about copper in the long term. That’s because while cars using internal combustion engines require up to 23 kilograms of copper each, a hybrid electric vehicle uses 40 kilograms of copper — nearly double that amount.

Even so, Benjamin believes it will “probably be the middle of the next decade” before global adoption of electric vehicles increases enough to have a significant effect on copper demand. Indeed, a recent study prepared for the International Copper Association by IDTechEx predicts that copper demand for electric cars and buses will jump from 185,000 tonnes in 2017 to 1.74 million tonnes in 2027.
“[T]he EV story is generally positive for copper over the long term. Both in terms of the metal used in the vehicles themselves and also the  power distribution infrastructure required to charge the batteries,” Benjamin added.

Before the year ends, there are many factors investors should be watching out for to better understand where copper prices might go. As mentioned above, Chinese demand and warehouse inventories are two key price drivers, but secondary production from scrap could also impact the market.

“It will be interesting to see whether the recent sharp increase in the copper price will incentivize another surge in scrap availability,” Benjamin said.
Looking forward to the last months of the year, Benjamin expects the copper price to come off to some extent from the current high levels.
“At the start of the year, we were forecasting that 2017 should see a recovery in the annual average copper price from the 2016 low point, but the current price level is beyond our initial expectations,” he added.
On Thursday (August 31), LME copper closed up 0.3 percent in London at $6,788.
Don’t forget to follow us at @INN_Resource for real-time news updates!
Securities Disclosure: I, Priscila Barrera, hold no direct investment interest in any company mentioned in this article.
Editorial Disclosure: The Investing News Network does not guarantee the accuracy or thoroughness of the information reported in contributed article. The opinions expressed in these interviews do not reflect the opinions of the Investing News Network and do not constitute investment advice. All readers are encouraged to perform their own due diligence.