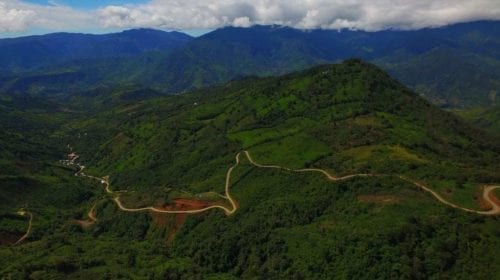 In a unanimous decision, a court has dismissed a petition to seek local consultation to ban mining activities in the Azuay province.

Copper and gold miner SolGold (TSXV:SOLG,LSE:SOLG,OTC Pink:SLGGF) has received backing for its 100 percent owned Sharug project in Southern Ecuador after a court once again ruled in its favor.

In a unanimous decision, the constitutional court dismissed a petition to seek local consultation to ban mining activities in the Azuay province, saying it was too broad and could mislead potential voters.

“This decision, in conjunction with the previously rejected petition of a similar nature in the Imbabura province in northern Ecuador, sets a strong precedent for any future petitions for consultation to consider changes to the constitution of Ecuador,” the company said in a statement.

Earlier this year, SolGold also got backing for its massive Cascabel copper-gold-silver project in Northern Ecuador when a court ruled against a request to require community consultation for the asset as it did not comply with the country’s values. Cascabel has the potential to be the world’s largest copper mine.

Solgold’s flagship in Imbabura province is the Alpala deposit, which is the main target of Cascabel. Copper production at Cascabel is estimated at 207,000 tonnes of copper per year for its first 25 years in operation, according to the Ecuadorian Energy Ministry.

Ecuador has been increasing its efforts to develop mining in the country, with its current president Lenin Moreno actively looking to boost foreign investment in the country. But miners, including SolGold and INV Metals (TSX:INV), have faced community opposition — with the main concerns being the projects’ impact on the environment and sources of drinking water.

Aside from the South American country, SolGold has operations in Australia and the Solomon Islands.

Last year, mining giant BHP (ASX:BHP,NYSE:BHP,LSE:BLT) increased its stake in the company to 11.2 percent as part of its move to build its exposure to copper.

On Thursday (September 19), shares of SolGold were trading up 2.56 percent in Toronto at C$0.40. The company’s share price is down 40 percent since January.