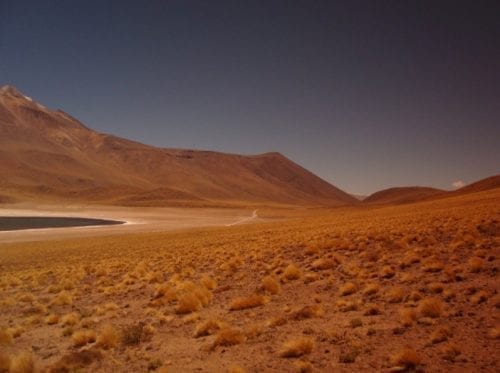 According to Cochilco, the big uptick was due to a low basis for comparison and increases in production from major mines.

In 2017, the world’s largest copper mine, BHP’s (ASX:BHP,LSE:BLT,NYSE:BHP) Escondida, was paralyzed by a 44-day strike that slashed its output by 63 percent in Q1 2017, meaning it produced only 97,103 tonnes of copper in that quarter.

Escondida is now humming along again, tripling its production in Q1 2018 and contributing 322,700 tonnes to Chile’s grand total of 1.42 million tonnes of copper exported between January and March.

Meanwhile, Anglo American (LSE:AAL) and Glencore’s (LSE:GLEN) copper asset, the Collahuasi mine in northern Chile, had a 5 percent increase to 137,600 tonnes.

Escondida accounts for 5 percent of global copper production – enough to take its own place in the top ten copper-producing countries in the world – ahead of Australia and behind the US at more than a million tonnes a year.

Chile produces 5.33 million tonnes of the red metal a year, and, testament to its dominance, if Escondida was removed from the country’s total output, Chile would still produce almost double the amount of copper of distant second-placed Peru, which produces a respectable 2.39 million tonnes per year.

News for copper in Chile wasn’t all sunshine this week; Chilean miner Antofagasta (LSE:ANTO) reported a blockage in production on Tuesday (May 8), resulting in its shares taking a short dip to GBX 991.8 on the London Stock Exchange.

Antofagasta’s shares had more than recovered by Wednesday, closing up 2 percent in London at GBX 1013.6.

Top Silver-producing Countries
What is Graphene?
5 Top Weekly TSXV Stocks: American Lithium Up Over 160 Percent
Top Uranium Stocks of 2020 on the TSX and TSXV