Investors are no doubt hoping for copper prices to tick upward, but weighing up global supply and demand, Thomson Reuters GFMS is not very optimistic. Still, the firm believes that “ultimately, the seeds will be sown for the next bull market.” 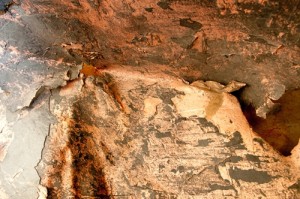 As with other commodities, it’s been a tough year for the red metal so far. Investors are no doubt hoping for copper prices to tick upward, but weighing up global supply and demand, the team at Thomson Reuters GFMS isn’t overly optimistic.

On Tuesday, GFMS released an update for its 2014 Copper Survey. Overall, analysts at the firm predict that the market will be driven by “supply-side events.” As the report explains, global production is still going strong, and a positive surprise in terms of Chinese offtake or the global economy seems “unlikely” given slowdowns in Europe and China’s current economic policies.

In other words, there are “few demand-side shocks” that might push the market into a deficit in the next year. However, it isn’t all bad news for copper investors. The report also states that “[a]s new production capacity fights against lower prices, ultimately, the seeds will be sown for the next bull market.”

Copper mine production is set to “regain some of the momentum” it lost in the first half of the year in the second half — at 5-percent year-on-year growth for the first half of the year, output fell short of expectations due to delays for ramp ups at new mines. However, stockpiles of copper concentrate that were built up in 2013 have been sufficient to carry the refined sector through,

In the first half of 2014, the surplus in the refined market sat at 73,000 tonnes, and that’s forecasted to rise to 210,000 tonnes in the second half of the year. World mine production is forecasted to increase by 2.3 percent.

Compared to the first half of 2013, global refined copper consumption grew by 4 percent, to 10.5 million tonnes, in the first half of the year. A strong demand increase of 7 percent from the transportation sector, combined with an increase in car sales in the US and Europe, contributed to a good showing from the consumption side. However, that “significant acceleration in demand growth” was masked by a slowdown in China, mostly driven by a slump in the property market in that country.

Still, on the positive side, “the lag between construction starting and copper use” means that copper demand is “still growing appreciably,” according to GFMS.

Overall, the report forecasts that three-month copper will hit an average price of $6,500 per tonne for Q4 on the London Metal Exchange. The report notes that prices should decline to $6,200 per tonne in 2015.

However, Stefan Ioannou of Haywood Securities is more optimistic by comparison. In an interview with Copper Investing News at the start of September, the mining analyst said he anticipates an average copper price of $3.25 per pound for 2014, with that figure holding into 2015 and 2016.

To be sure, copper and base metals investors will be watching the copper price and the global economy closely for any improvements.

Giving weight to GFMS’ calls for increased production in the second half of the year, Atico Mining (TSXV:ATY) reported a production increase of 31 percent for copper at its El Roble mine for the third quarter of 2014. The miner also increased recoveries for both copper and gold for the quarter, with CEO Fernando E. Ganoza stating, “[w]e are once again pleased with the strong results from our third full quarter of operating the El Roble mine.”

Finally, British Columbia’s Copper Mountain Mining (TSX:CUM) saw record production results at its Copper Mountain mine for Q3 2014. The mine produced 21.7 million pounds of copper for the quarter, representing a 9-percent increase compared to the previous period.