A Papua New Guinea island is looking for independence, and the wealth of its copper mine is critical to the movement. 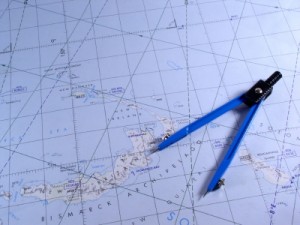 The existence of natural resources can make or break the financial future of a nation, and in Papua New Guinea, copper may determine whether a region can gain independence or not after decades of conflict. At stake is the possibility of the island of Bougainville breaking away from the southwestern Pacific Ocean state, which may be possible should islanders access the financial gains from the Panguna mine.

Owned by Bougainville Copper (ASX:BOC), the Panguna mine has produced copper concentrate from 1972 until guerillas of the Bougainville Revolutionary Army forced the company to suspend operations in 1989. The rebel forces had forced the mine to close as they believed the island deserved a greater share of the wealth in addition to greater protection from environmental exploitation, but with the recent surge in prices and the race to secure supply of the red metal heating up across the globe, Bougainville’s political activists are hopeful that the time is ripe to reinvest in its resources as a means to gain independence.

The owners of the Panguna mine is itself 54.58 percent owned by Rio Tinto (LSE:RIO), while the government of Papua New Guinea has a 19.06 percent shareholding, and public shareholders hold the remaining 27.36 percent. At its height, the mine had provided nearly 20 percent of its annual income according to some estimates.

A referendum on whether or not the island should cede from Papua New Guinea is slated to be held between 2015 and 2020, and the possibility of economic self-sufficiency will play a critical role in swaying public opinion. As for the distribution of wealth from the mine, Bougainville Copper’s Chairman Peter Taylor said in an interview with Radio Australia last February that the company would “encourage the landowners and the Bougainville government to set the agenda. I would expect that there will be shared ownership in the mine… I think they need to have equity in the project so the fortunes of the mines are also the fortunes for them.”

Yet trust in the company’s goodwill may not come easily from some quarters, as the mine operators were accused by locals over two decades ago of siding with the government of Papua New Guinea against the rebels and supplying them with military equipment to keep the operation running.

Whatever the truth may be about the conflict between the Papua New Guinea government and rebels, what is clear is that getting the mine back in working condition will not be cheap. Taylor said at the company’s latest annual general meeting in April that it would cost about $3 billion to re-open the mine and the first step to getting it back into operation would be to conduct a pre-feasibility study. The company will also need to assess the write-offs needed, and Bougainville Copper states on its web site that “as access to the mine site has not been possible, the extent of the necessary write-downs is not capable of reliable measurement of estimation.” The company adds that “it is clear that a major write-down of assets from their pre-closure levels will be required. To allow for this future write-down, the directors made a general provision in 1991 for deterioration, damage, and pilferage of 350 million kina,” or over $16 million.

Still, with copper reserves estimated to reach at least $50 billion, the rewards could be substantive.

Despite the costs and considerable political risks, Bougainville Copper is far from alone in vying to get a foothold on Papua New Guinea’s mineral wealth beyond Bougainville’s shores. Mineral productions account for about a quarter of the nation’s gross domestic product, with major mining groups including BHP Billiton (ASX:BHP), Harmony Gold (NYSE:HMY), and Newcrest Mining (ASX:NCM) as well as Rio Tinto being heavily invested in mines across the nation. Moreover, their involvement is expected only to increase as the race for mineral resources intensifies, and they are expected to seek out junior mining companies to partner with them moving forward.

I, Shihoko Goto, have no direct interests in the companies mentioned in this article.