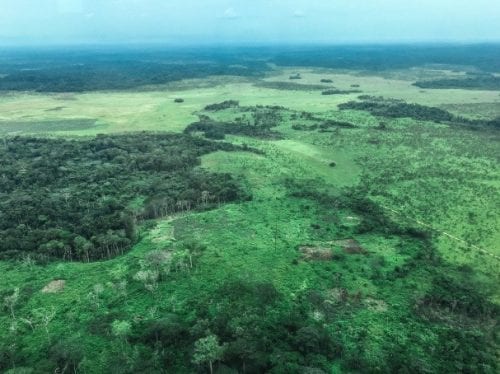 The Democratic Republic of Congo underwent a chaotic election on Sunday where three candidates put their hands up to lead the country.

The primary cobalt-producing jurisdiction on the planet underwent a seismic shift over the weekend as voters decided on who would replace President Joseph Kabila, who is stepping down after 17 years in power.

The Democratic Republic of Congo (DRC) underwent a chaotic (and delayed) election on Sunday (December 30), where three candidates put their hands up to lead the country, which has been at the center of mining news throughout 2018 as major global miners grappled with a new mining code that targeted highly lucrative metals.

The outcome of the election — fought between Kabila-backed former interior minister Emmanuel Ramazani Shadary, businessman Martin Fayulu and Felix Tshisekedi, leader of the largest opposition party in the National Assembly — will not be known until later this week, though both the Shadary and Fayulu camps are claiming victory.

On Monday (December 31), the BBC was reporting that internet services had been shut down in the DRC, with Fayulu officials accusing the government of trying to smother news of Fayulu’s claimed “overwhelming victory.”

The world is watching: the UN released a statement in the lead up to the vote, saying it “took note” of delays in the democratic process.

Results are expected from the national electoral commission, CENI, this week, though as mentioned the Fayulu camp is claiming he has won the election, while the Shadary camp has said “victory is certain” for the anointed successor to the Kabila regime.

The DRC is the world’s primary source of cobalt, accounting for 58 percent of global production at 64,000 tonnes per year.

Prices for cobalt fell through 2018 thanks to a volatile commodities market, and in 2017 the Kabila government revealed plans to claw back more royalties from the lucrative metal — which along with copper it classes as “strategic.” It was hit with an additional 10-percent tax, prompting fierce backlash from miners operating in the country.

The alliance of major miners pushing back against the code included Glencore (LSE:GLEN), Ivanhoe Mines (TSX:IVN) and Randgold (which merged with Barrick Gold (TSX:ABX,NYSE:ABX) earlier this year). But it was all for naught as Kinshasa stonewalled negotiations.

Kabila has been in power since 2001, when his father Laurent Kabila was assassinated by one of his bodyguards. Joseph Kabila was meant to stand down two years ago after he was barred from running for a third term by the constitution.

The elder Kabila himself came to power in 1997 following the First Congo War, when he led rebel forces to overthrow the previous dictatorship.

The election cycle this year was punctuated with troubling reports of meddling and unrest, questions over electronic voting, an incident that saw 7,000 voting machines burned and constant warnings of terrorist threats.

While Sunday’s election was a historic day for the DRC, what good (if any) comes of it is yet to be seen as votes are tallied over the coming days. Voters in eastern cities — known to be strongholds for opposition support — have even longer to wait before they get to vote after the government postponed local voting due to concerns over the spread of the Ebola virus.