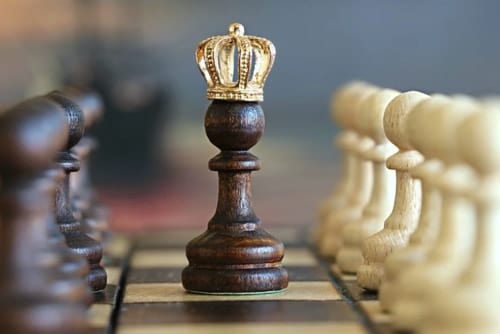 What happened in the cobalt market this year? Here’s a look at the major cobalt trends in 2019, from declining prices to electric car demand.

It was another challenging year for cobalt, one that saw prices trend downward for most of the 12 month period.

As 2019 comes to a close, the Investing News Network (INN) is looking back at the main trends in the space this past year, from discussions around changing battery chemistry to rising electric vehicle (EV) demand to responsible sourcing.

Read on to learn what happened in the cobalt market in 2019, including supply and demand dynamics and what market participants had to say during each quarter of the year.

During the first three months of the year, cobalt was under pressure — following the path it started in 2018 — due to increased supply from the Democratic Republic of Congo (DRC) and market volatility.

With prices dropping from week to week, buyers stayed on the sidelines in Q1, with the number and size of spot deals surging, Roskill Director Jack Bedder told INN back in April.

He explained that significant amounts of cobalt were not committed to long-term contracts last year and that many buyers, including those in China, were intending to purchase cobalt on a spot basis.

“While the outlook for demand, especially from the battery sector, remains very positive, sentiment remains depressed compared to one year ago,” he said at the time.

Also impacting cobalt demand during Q1 was the announcement of changes to China’s subsidy policy for new energy vehicles, with incentives cut by 50 percent on average. The Asian country accounts for more than half of all EV sales in the world.

“We may see a run on production by Chinese automakers until (the transition period ends) to achieve the higher (subsidy) rate, and then (we) will follow the market closely to see the impact the lower subsidy rate has on Chinese EV demand,” Benchmark Mineral Intelligence Senior Analyst Caspar Rawles noted.

On the supply side, during the first three months of the year, the cobalt sector saw a lot of news about potential output disruptions.

In January, the DRC’s mines minister formally requested that top cobalt producer Glencore (LSE:GLEN,OTC Pink:GLCNF) suspend construction of an ion-exchange plant at its Katanga mine. The company had decided to build the plant to remove uranium found in its product.

In February, ERG suspended production at its Boss mine in the DRC and at its Chambishi refinery in Zambia after Zambia approved a new 5 percent duty on cobalt concentrates imported into the country this year.

“(These announcements) highlight how flexible supply can be dependent on prices and market conditions,” Rawles said at the time.

Prices performed as he expected in Q1, but dropped a little faster and rose a little sooner than estimated.

“Whilst we have seen a slight recovery in cobalt prices in the final week of Q1 and going into Q2, I don’t expect this rally to be long-lived,” he said. “(That’s because even though) the price increase will likely trigger some restocking by the downstream in the near term, there are overhanging stocks of raw material feed in Africa, as well as some pent-up supply from a number of projects, (plus) excess capacity in the supply chain.”

Cobalt metal prices made a slight rebound at the end of the first three months of the year and the beginning of Q2, with some small recoveries in transacted prices for cobalt hydroxide. However, the second quarter of the year saw prices trend downward for most of the period.

“Ultimately, prices fell to the lowest levels seen in some products for a number of years,” Rawles said to INN back in July. “The Benchmark Minerals cobalt sulfate price fell on average by 26.4 percent over the space of the quarter.”

Negative sentiment continued to reign, especially in the battery sector, supported by oversupply in the cobalt hydroxide market.

“Refiners of battery chemicals feel availability of hydroxide and concentrate remains high, and therefore are not prepared to pay the premium or high prices that we saw through 2017 and into 2018,” Rawles added.

In addition, after China reduced its subsidy policy, which came into full effect on June 25, the Chinese were fearing a dip in EV demand — fueling skepticism about the ramp up in production of EVs.

A main topic of discussion in the market during Q2 continued to be responsible sourcing and how to deal with artisanal mining.

In April, the London Metal Exchange (LME) launched an initiative to ban or delist brands that are not responsibly sourced by 2022. Under the new rules, all LME brands will, by the end of 2020, be assessed based on guidelines set by the Organization for Economic Co-operation and Development.

Roskill estimates that 16,500 metric tons of cobalt were produced by artisanal miners in the DRC last year — roughly 15 percent of the country’s cobalt output.

“It would not be correct to try and get rid of artisanal mining in the region as it offers a much-needed source of income for thousands of families,” Rawles said. “It is important for the supply chain to work with the artisanal mines and workers to make the production a sustainable source of cobalt.”

In terms of demand during the quarter, conversations surrounding the potential reduction of cobalt in batteries continued to heat up.

In 2018, Korean battery makers SK Innovation (KRX:096770) and LG Chem (KRX:051910) announced that they were working on nickel-cobalt-manganese (NCM) 811 cathode/cells for EVs, but pushed back commercial production during the third quarter of 2018, highlighting the difficulties of using new a chemistry for batteries.

Although adoption has been slower than expected, the move toward NCM 811, which requires less cobalt, was happening in Q2, as China’s CATL (SZSE:300750) began mass production of high-nickel cathodes in April and SK Innovation planned to start production in Q3.

Furthermore, in Q2, Chinese battery maker SVOLT Energy Technology announced it was in the process of developing cobalt-free batteries in order to avoid concerns around sourcing the material.

The most important news in the cobalt space during Q3 came once again from Glencore. In August, the diversified miner announced plans to shut down its Mutanda mine in the DRC at the end of the year, saying it is no longer economically viable.

Mutanda is the world’s largest cobalt mine, with cobalt production reaching more than 27,000 metric tons last year. Its output made up a fifth of global cobalt supply at that time.

Up until August, the price of cobalt had declined more than 40 percent in 2019 due to a surge in supply in the DRC, the world’s largest cobalt producer. But the news from Glencore sent cobalt on a rebound.

Fastmarkets Head of Base Metals and Battery Research William Adams told INN that before the news he was expecting prices to continue to lose momentum in 2019.

“We were expecting prices to weaken as increased supply from the DRC that started in 2018 and was being ramped up this year added to the oversupply, but Glencore’s announcement changed the outlook.”

According to experts, prices for some cobalt products increased more than 30 percent in the days after the announcement, with UBS (NYSE:UBS) forecasting that prices for the battery metal could jump 60 percent to reach US$20 per pound in the next 18 months.

Cobalt hydroxide, the product produced at Mutanda, rose by nearly 40 percent in price between August and September, according to Benchmark Mineral Intelligence’s Cobalt Price Assessment report.

“A rise like this was inevitable following the announcement as the mine is so large. Mutanda accounted for about 20 percent of global cobalt production in 2018 — or enough for about 2.5 million pure EVs in today’s technology,” Rawles said.

As expected, the announcement from Glencore has impacted the outlook for cobalt supply and accelerated the expected deficit in the space.

Benchmark Mineral Intelligence believes that the supply deficit has been moved forward by around 18 months from where analysts expected it to fall prior to the Glencore announcement.

“In the near term, other producers might be incentivized to increase production due to improved pricing, but the reality is that the long-term outlook has always been very positive for the cobalt market,” Rawles said. “Producers’ plans will have been focused on the longer-term outlook, which means they will have likely already been targeting accelerated ramp-up strategies.”

For his part, Adams said that with Mutanda out of the equation for two years, the market will be in a supply deficit in 2021.

“We mainly see output continuing to increase at RTR and Katanga, but also at Deziwa and Hezong.”

In May, Belgian battery materials producer Umicore (OTC Pink:UMICF,EBR:UMI) signed a long-term deal with Glencore for cobalt supply from the mining giant’s operations in the DRC, which Umicore said at the time meets its responsible sourcing standards.

Cobalt trends Q4: A steady end of the year

Adams pointed out that there has been a pickup in supply deals in the cobalt space, and it is interesting that they are not all with China.

“With more supply tied up in contract deals, those without supply contracts may well feel more exposed, so may well look for deals, or decide to hold more stock,” he said. “Given a more bullish outlook going forward and given how volatile cobalt prices can be, now may well be the time that (original equipment manufacturers) look at hedging cobalt.”

Cobalt prices started to stabilize after the spike following the news about Mutanda, but they will probably not return to the lows seen at the start of the year, according to Rawles.

“The first half (of 2020) will probably be unexciting (for cobalt) … with the market expected to be fairly flat or slightly below where we are right now,” he said. “But starting in the second half of the year the market will start feeling (the Mutanda) closure a little bit more.”

In November, Glencore decided to shut down Mutanda a month earlier than planned, taking its approximately 20 percent share of global cobalt supply offline.

Even though the market is currently in oversupply, Benchmark Mineral Intelligence analysts expect supply of cobalt raw materials, particularly cobalt hydroxide, to tighten in 2020, and see stockpiles that have accumulated over the last 18 months beginning to reduce.

“The closure of Mutanda has been a key factor in bringing the market deficit forward, which could see sustained price rises from H2 2020 as demand from the electric vehicle and energy storage markets continues to grow,” they said in a research note.

Click here to learn what analysts see coming for cobalt in 2020, and click here for what company executives anticipate in the new year.