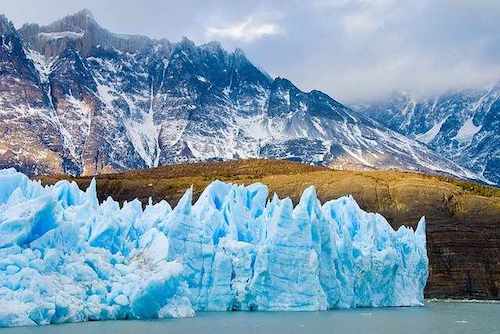 The major Chilean copper producer plans on reducing its project budget and upping its gross earnings in order to help quell protests.

Following nearly two months of deadly protests in Chile, state-owned copper miner Codelco will shrink the company’s project budget by 20 percent by 2028 and aims to hit at least US$1 billion in gross earnings from 2021 onwards.

Since October, Chile has experienced political turmoil as protestors rally against the government. Originally about fare increases, the Chilean protests have since become a more general protest against inequality in the South American country. As of late November, at least 23 people have been killed during the protests and over 2,300 have been left injured.

As the Chilean government attempts to appease protestors, the world’s top copper miner Codelco is expected to help fund a larger welfare system, looking to tighten company spending by US$8 billion by 2028.

“We are in a crucial moment in our history,” Octavio Araneda, CEO of Codelco, said in a statement on November 29. “Our obligation is to transform ourselves in order to continue contributing to the progress of Chile for at least 50 years more.”

Speaking at this year’s Mines and Money London, billionaire and founder of Ivanhoe Mines (TSX:IVN,OTCQX:IVPAF) Robert Friedland commented that the Democratic Republic of Congo (DRC) has succeeded Chile as the most attractive mining investment destination, much to the chagrin of Chilean officials.

“The person who expresses this opinion doesn’t know Chile,” Mining Minister Baldo Prokurica said to Bloomberg regarding Friedland’s comments. “Chile has a long history of a stable mining investment climate and one month of complex issues can’t erase that.”

However, analyst Colin Hamilton of BMO Capital Markets has also expressed concern regarding Chile’s copper production in the coming years.

“Targeting flat production is optimistic,” said Hamilton to Bloomberg. “Codelco might not be the world’s largest copper miner in three to four years. Short term, there are other priorities for the government.”

Analysts at Wood Mackenzie, on the other hand, are much more hopeful regarding the red metal’s future in Chile. Eleni Joannides, Wood Mackenzie’s principal analyst, does not imagine any cuts to Codelco’s budget having a major impact for at least a few years.

“Given the time it takes for mine projects to come online and the projects that are already under development in Chile, it will be some time before Chile is knocked off its perch as the largest mine producer in the world. Even if Codelco were to cut its project budgets, the impact on production would not be felt for a few years,” said Joannides.

“There has been limited direct impact on mine supply as a result of the protests but a clear picture will only emerge once the Q4 production data has been published. Nevertheless, we are aware that some producers have been affected by the events ongoing in Chile…. The risk on output is more likely to hit Chile over the medium and long term as unfortunately, one impact of the unrest has been the perceived higher risk of investment in the country. This could yet deter investors away from the country,” Joannides added.

In the past six weeks since protests began, copper’s price has made steady gains, increasing by 2.3 percent between October 14 and November 29. While its price has made gains overall, it still remains volatile, with significant dips throughout the last six weeks. With that said, copper has not traded for less than US$5,770 per metric ton since October 23 and traded for as much as US$5,951 on November 8.