Canada was the top destination for exploration funds last year. Nevertheless, the repercussions of low investments in the 1990s and early 2000s are being felt in a limited number of major projects slated to come into production in the next few years. British Columbia, where a number of near-term copper projects are coming online, is one of the bright spots. 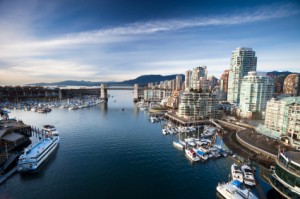 Mining companies increased their investments in exploration in British Columbia, Canada, by 47 percent in 2012, according to the latest estimates from the Ministry of Energy, Mines and Natural Gas. That number should increase again, with copper miners accounting for the lion’s share.

In 2012, the industry spent an estimated C$680 million on exploration in British Columbia, up from $462 million. According to The Mining Association of Canada’s annual Facts & Figures 2012 report, of 31 mining projects and their total planned capital investments, copper and copper-related projects in BC accounted for at least 14 of them, or at least $19 billion of a total $29 billion.

The planned projects could help reverse the trend of declining shipments of copper concentrate from British Columbia mines. From 2007 to 2011, copper concentrates shipments declined to 668,000 tons from 816,000 tons, according to PricewaterhouseCoopers’ data, amid the global financial crisis, lower prices and falling production from aging mines.

Looking further back, at the industry as a whole, not only did exploration expenditures more than halve between 1997 and 2002, but the number of major deposit discoveries dropped off substantially since the late 1980s and early 1990s, UBS said in a 2008 report. The fall in exploration success was, among other reasons, due to: declining metals prices; environmental legislation raising the prospect of legacy liabilities in traditional mining areas; land ownership issues; and high geopolitical risks. In addition, copper grades on average declined by 2 percent per year in the preceding 10 years.

“As we settle into 2013, the outlook for one of BC’s most important industries looks very bright,” Gavin Dirom, president and CEO of the Association for Mineral Exploration British Columbia said in a Northern Miner commentary last month.  “As explorers and developers competing internationally for investment, we know that the best indicator of successful mineral exploration and development is seeing a new mine open.”

PricewaterhouseCoopers also said in the latest BC mining survey released last year that followers of copper should be “heartened by the fact that most of the major new mines under construction or in the advanced permitting stage feature copper as their primary metal.”

Copper mines coming online in BC in the near term include:

Ajax, controversial because it is located within the city limits of Kamloops, BC, was initially slated to start producing in 2015, but has been delayed by federal and provincial environmental reviews. “It’s looking more like 2016,” KGHM-Ajax spokesman Norm Thompson told Kamloops Daily News in October.

Last month, BC’s environmental assessment office said most of the public’s concerns about the Ajax project center on environmental and socio-economic issues. “We’ve hired a socio-economic impact group to see what these guys are doing,” EAO’s executive project director for BC, Scott Bailey, said at a town meeting in Kamloops in January.

Ajax is expected to produce 110 million pounds of copper and 100,000 ounces of gold in concentrate per year, according to an Abacus November presentation. The mine’s net present value is estimated at of $416 million per year at a copper price of $2.75 per pound.

Meanwhile, New Prosperity, regarded as one of the largest undeveloped gold-copper deposits in the world, could produce 130,000 million tons of copper and 300,000 ounces of gold per year over a 20-year mine life. It is again facing delays in the environmental review process after its original plan was rejected in 2010 due among others to the “significant adverse effects” it would have on fish habitat in the Taseko River.

It its latest environmental statement, the company sought to address these issues, and CEO Russell Hallbauer said in a Vancouver Sun opinion piece in September that the company is committing $300 million to “mitigate environmental impacts.”

But in November, a federal review panel asked Taseko to provide information on “cumulative environmental effects” that the project might have. Taseko’s disputed the claim, saying it sees “no need” to complete additional assessments.

Beyond British Columbia, overall exploration investment in Canada rose 41 percent to C$3.9 billion in 2011 and increased again to $4.2 billion in 2012, The Mining Association of Canada said in the Facts & Figures 2012 report last month.

“As exploration activity and mineral production are intrinsically linked, the Canadian mining industry could see a dramatic expansion in the years to come,” said Pierre Gratton, the mining association’s president and CEO.

VMS Ventures’ (TSXV:VMS) $70.6 million Reed copper deposit in Manitoba is expected to start production in the fourth quarter this year. It is a joint venture with Hudbay Minerals (TSX:HBM) under which Hudbay owns 70 percent. Reed is expected to produce up to 78,000 tons of copper concentrate per year over a five to six year mine life, VMS Ventures said in a presentation at the Astrologer’s Fund Conference this week. The mine’s net present value is estimated at C$130.5 million at an average copper price of $3.5 per pound.

And in the Yukon, Western Copper and Gold (TSX:WRN) last month announced a positive feasibility study on its C$2.46 billion Casino copper-gold-molybdenum-silver project. It said the mine should produce 171 million pounds of copper and 266,000 ounces of gold each year over the mine’s 22-year life, starting in 2017 for gold and 2019 for copper. The net present value is estimated at C$1.83 billion per year.