Molybdenum exploration in Canada is heating up along with demand for the metal. Miners are looking to take advantage of China’s appetite for steel, for which moly is a vital ingredient. This article is a guide to some of the promising molybdenum projects underway in Canada. 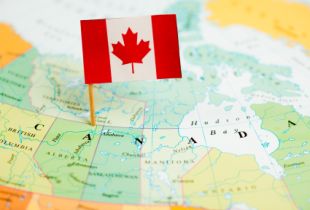 Although there are other molybdenum properties scattered throughout Canada, molybdenum mining in the North American country is dominated by British Columbia, the most western province. The following is an (admittedly incomplete) guide to some promising projects based in Canada.

Thompson Creek Metal’s (TSX:TSM; NYSE:TC) main Canadian molybdenum resource is the Endako Mine in British Columbia. The mine is a joint venture with the Sojitz Corp of Japan, which holds a 25 percent share. The facility is a fully integrated mine with a processing plant on site. According to Thompson Creek, the proven and probable mineral reserves contain 306 million pounds of molybdenum. The mine life is expected to carry through 2026 after the new mill is completed sometime in 2011, which will increase daily processing from 31,000 tonnes per day (tpd) up to 55,000 tpd.

The company, through its wholly-owned  subsidiary Blue Pearl Mining, owns the Davidson deposit in BC.  Blue Pearl plans to build the mine and process 2,000 tpd.

Roca Mines’ (TSXV:ROK) main asset, the Max Molybdenum mine in British Columbia, was given the ‘Mining and Sustainability’ award for 2009 by the government of British Columbia. The mine has recently re-opened after a brief safety concern caused a 9-day shut down “as a result of an underground stope wall sloughing event between the 830 and 805 metre levels,” stated a recent press release. During the three month period starting March 2010 the mine produced 396,026 pounds of molybdenum.

Teck Resources (NYSE:TCK; TSE:TCK.B)  main molybdenum asset is the Highland Valley Copper-Molybdenum mine in BC. The mine is undergoing an expansion that will extend mine life to 2020. In 2009, the mine produced 6.6 million pounds of molybdenum.

One of Adanac Moly’s  (TSX:AUA) four properties is  located in BC. The Ruby Creek Project has a measured and indicated resource base of 407,911,000 pounds of Mo, at a cut off grade of 0.04% Mo. The company’s other three properties are in Nevada.

Western Copper (TSX:WRN) has four properties in Canada: the Casino and Carmacks properties are in the Yukon Territory; the Redstone property is located in the Northwest Territories; and its Island Copper property is in BC. “The Casino Property, [is] a sprawling giant porphyry deposit previously estimated to contain 8 million ounces of gold, 4.4 billion pounds of copper and 475 million pounds of molybdenum in proven and probable reserves,” reported Rose Ragsdale, for Mining News.

Avanti Mining (TSXV:AVT) is developing its Kisault mine in BC. The mine “has Proven and Probable reserves of 215 million tonnes grading 0.085% Mo and containing 368 million pounds of recoverable molybdenum,” according to a recent press release. The company expects an average annual production of up to 24.5 million pounds of moly per year. The site was mined on and off from 1967 until 1982. Construction will take two years and the mine is slated to begin production in 2013.

Bard Ventures (TSXV:CBS) holds two properties in BC, the Lone Pine and Grouse Mountain projects, which are located adjacent to one another. The Lone Pine property holds seven minerals claims over 1051 hectares. Drilling has also discovered silver, zinc, and copper on the property. Drilling on the Grouse Mountain property has discovered new zones of molybdenum mineralization. “The Lone Pine Property currently has a calculated measured and indicated resource at a 0.04% Mo cutoff of 110,340,000 tonnes grading 0.083% Mo containing 201,733,000 in-situ pounds of molybdenum,” stated a recent press release.

TTM Resources (TSXV:TTQ) holds three properties in BC: the Deeker Creek property, the Terrace property, and the Chu Molybdenum project. All properties are still in the initial stages of exploration and the Chu deposit has undergone over 75,000 meters of drilling.