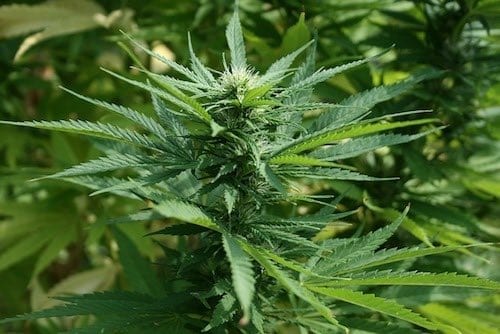 INN runs through the top-performing cannabis stocks on the CSE, TSXV and TSX so far in 2019. Find out which stocks made the list.

The marijuana stock market has held investors’ attention during 2019, even as sentiment adjusts and expectations for the industry change.

Companies have faced a volatile market this year, with a now recognized pullback dragging the space down. But while the overall sector has experienced a downturn, investors have still found opportunities for gains in the marijuana stock universe.

This relative newcomer to the marijuana public sector started trading on the CSE in October 2018. It is a real estate company with investments in various areas, including cannabis operations.

While Captiva Verde Land did not have a quarter full of announcements, it did complete an acquisition of facilities that will help support the outdoor growing operations of its marijuana grower subsidiary Solargram Farms. The firm has indicated it is expecting a first harvest sometime in 2020 for both its indoor and outdoor cannabis product.

Shares of Captiva have risen 200 percent over a year-to-date period to reach a price of C$0.24.

This cannabis company has operations in Canada and in Europe. Thank to its subsidiary Potanicals Green Growers, the firm holds a license for marijuana production in Peachland, British Columbia.

During the quarter, the company completed a new partnership with Zhejiang Yatai Pharmaceutical (SZSE:002370), a Chinese drugmaker. This partnership will produce a joint venture to “explore opportunities, subject to compliance with Canadian Cannabis Act and related Regulations, to cultivate, manufacture, process, and market high content cannabidiol cannabis products.”

Additionally, shares of the company were added to the Horizons Emerging Marijuana Growers Index ETF (NEO:HMJR) during the quarter, offering increased exposure.

“The acquisition of ACC provides the fuel required to accelerate Citation’s movement to large-scale cannabis cultivation and production,” Rahim Mohamed, president of Citation Growth, said in a statement. As part of the transaction, the public firm issued 35 million shares.

Citation faced a roadblock in October due to an error in the filing of its financial statement for the year ended on March 31, 2019. Three key amendments were made to the statement.

During Q3, SugarBud Craft Growers obtained its cultivation, processing and medical sales licenses from Health Canada. This officially kicked off operations for the firm out of its facility in Stavely, Alberta.

“As a premium product provider, focused on quality, product leadership and customer satisfaction, we believe that the heart and soul of everything we do starts with what we grow,” John Kondrosky, CEO of the firm, said in a statement.

Due to the pullback in the cannabis market, the entire Canadian marijuana space saw a sharp decline in performance during the third quarter.

SugarBud Craft Growers was no stranger to this effect — although its share price is up only 12.5 percent to C$0.08, the company is the TSXV’s top-performing cannabis stock so far this year.

This novelty cannabis grower had a busy summer with a collection of developments, including an update on its outdoor growing facility, a US-based acquisition and an executive management shakeup.

48North issued its fiscal 2019 results in September, reporting net revenues of C$4.8 million. During the period, the company raised close to C$50 million for a cash position of C$52.7 million. However, the firm posted a net loss for the year of C$8.1 million.

As part of its most recent quarterly update to investors, Alcanna said that a Nova Cannabis shop in Toronto, Ontario, has quickly gained the most volume of all its stores in the country. This store averages C$450,000 per week. Alcanna manages nine stores across Canada: eight in Alberta and one in Ontario.

Shares of Alcanna have grown by 20.9 percent so far this year, resulting in a price of C$5.20.

This hemp-derived cannabidiol (CBD) manufacturer has continued its path in the US by offering novelty products in high demand across the country.

This past quarter, the firm reported steady operational growth during Q2. During a call with investors, Deanie Elsner, CEO of Charlotte’s Web Holdings, said the firm is cautiously optimistic about the national conversation around CBD regulation with the US Food and Drug Administration (FDA).

“While the farm bill unlocked the door for category availability, the FDA now has the opportunity to expand availability of hemp CBD products across more distribution points to benefit more consumers,” Elsner said during the call.

This Canadian marijuana producer joined a few of its peers by securing a listing on the New York Stock Exchange (NYSE) in July.

“We are extremely pleased to list on the NYSE and believe it reaffirms HEXO’s strong track-record for exceptional corporate governance and is further proof that we are a valuable cannabis industry partner for Fortune 500 companies,” CEO and Co-founder Sebastien St-Louis said in a statement.

Also in Q3, HEXO was able to increase the availability of its products in the Canadian market. In Alberta, the firm started selling its cannabis Elixir oral sprays, while in Ontario HEXO secured 18 new product variety listings with the provincial distributor, the Ontario Cannabis Store.

Shares of HEXO have scaled up 0.38 percent in value, resulting in a price per share of C$5.23.