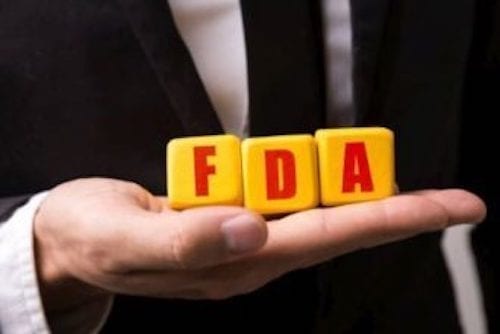 The CEO of the CBD manufacturer is expecting to see a framework for CBD regulations in the US later this year.

One of the biggest remaining catalysts for the entire cannabidiol (CBD) market in the US may see some movement later this year, according to one executive.

In her company’s Q2 operating results release on Wednesday (August 14), Deanie Elsner, CEO of Charlotte’s Web Holdings (TSX:CWEB,OTCQX:CWBHF), said she is expecting to see a framework for regulations in the US later this year.

Elsner said her company is preparing for the possibility that the US Food and Drug Administration (FDA) will move forward with clear regulations and guidance for the CBD market. She estimates that this may come in mid to late fall of this year.

“In the United States we are cautiously optimistic that the FDA is moving in the right direction and we believe they are committed to finding a positive path forward for the industry,” Elsner said during a conference call on Wednesday.

Following the legalization of hemp and its derivatives thanks to the passing of the farm bill, the FDA has expressed an interest in setting up a regulatory framework for CBD items used as dietary supplements.

Despite the lack of clarity from the regulator, the CBD market in the US has seen an explosion in interest and demand from consumers.

“While the farm bill unlocked the door for category availability, the FDA now has the opportunity to expand availability of hemp CBD products across more distribution points to benefit more consumers,” Elsner said during the call.

The executive was appointed as the new leader of the CBD manufacturer in April, having served previously as president of the US snacks division with Kellogg Company (NYSE:K).

Elsner explained that retail partners with massive store networks across the US will not get ahead of the FDA in terms of the product sales.

“Which is why the FDA really needs to be aware that in order for the industry to move forward they’ve got to set the regulatory down,” she said.

During its most recent quarter, the Boulder, Colorado-based manufacturer of CBD products reported revenues of US$25 million compared to US$21.7 million during the previous quarter.

The company reported total net income of US$2.2 million for the period, which represents earnings per share of US$0.02.

Elsner explained that the company has seen healthy growth in terms of its products becoming available at national retailers and smaller regional stores. Charlotte’s Web-branded CBD products are now available in 8,000 stores across the US.

The company touts its brand as a premium offering that consumers will seek out compared to other products. However, Elsner said she is expecting to see a natural price compression due to the high volume of competitors offering cheaper CBD products.

The executive explained that the company is not considering dropping its own prices in the face of the emergence of these low-cost competitors.

Elsner said this decision was made since the company has not seen a significant enough impact from the entry of competition with cheaper products.

Fellow CBD producer CV Sciences (OTCQB:CVSI) shared similar projections about the expansion of lower-cost competition in this sector. During a recent quarterly update, CEO Joseph Dowling warned investors the company will be facing murky upcoming quarters from increased competition in the CBD space.

In the company’s conference call, Cory Pala, director of investor relations, attributed the drop in the share price to the struggles of the Dow Jones Industrial Average (INDEXDJX:.DJI).

According to analyst aggregator site TipRanks, Michael Lavery, an analyst with Piper Jaffray, kicked off his coverage of the firm this week by issuing a “buy” rating and assigning a C$25 price target to the company.