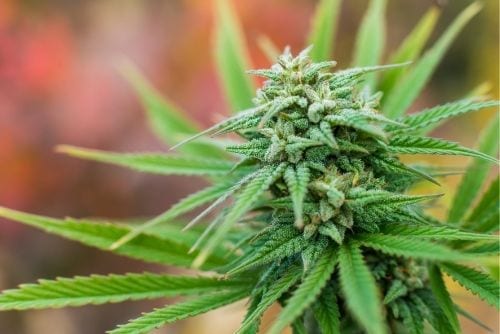 INN offers investors a closer look at some of the top cannabis ETFs to track in 2019 in the public stock market.

With the growth of investment opportunities in the cannabis space, it was only natural for the rise of exchange-traded funds (ETFs) to appear.

The public marijuana market has seen the creation of a few leading ETFs that have allowed investors to gain a broad entry into the pot stocks game, without committing to one specific stock.

ETFs offer investors a tracking stock index that can be traded in a public stock market.

Due to the extreme volatility in the overall marijuana stocks space, these ETFs are still targets to the ups and downs of any given trading day. The marijuana stock market has been prone to wide swings in trading volumes leading to large increases or decreases in value.

Instead of navigating the space for individual stocks, ETFs offer investors an alternative by removing the option on which stocks to buy thanks to their assets.

These ETFs have also served as a referendum on the state of the marijuana industry, showing its peaks and declines, depending on the market.

Despite some of the similar investing concepts, these stocks and ETFs can be found across stock exchange options in the Canadian market.

Here, the Investing News Network (INN) presents a guide on the market for cannabis-centric ETFs and which to follow in 2019.

Horizons ETFs broke ground in 2017 when it launched the first ETF with an exclusive focus on marijuana stocks.

“It wasn’t until sort of the early part of 2017 were we felt there was enough names at the time about 15 stocks to allow us to launch an ETF that would give everyone a one ticket diversified solution to buying marijuana stocks,” Mark Noble, senior vice president of ETF strategy with Horizons ETFs previously told INN.

The index crossed the C$1 billion mark in assets under management in the fund last September.

“HMMJ’s growth has far exceeded our expectations as investors have strongly supported the sector in anticipation of Canada’s upcoming recreational marijuana legalization,” Steve Hawkins, president and CEO of Horizons ETFs, said in a press release.

Some of the recent top stocks in this fund include: Canopy Growth (NYSE:CGC,TSX:WEED), Cronos Group (NASDAQ:CRON,TSX:CRON) and GW Pharmaceuticals (NASDAQ:GWPH).

This fund offers investors trading with an expert voice in hand. The fund is actively managed by Greg Taylor, chief investment officer of Purpose Investments, as a way to combat the risk attached with these stocks.

In February, it was revealed the fund had managed to create returns of 53.43 percent over a one-year time frame since its inception in January 2018.

The firm heavily credited the active management status of the fund as the reason for its gains.

“It’s going to be important to run nimble, make sure that you’re not just blindly buying stocks in the sector and not watching them, because there are going to be sudden moves which might catch people off guard,” Taylor previously told INN.

Evolve ETFs also offers a cannabis focussed ETF to investors. Launched in February 2018, this fund currently counts with 25 stocks in its holdings list.

In March, the firm announced SEED secured a return of 48.48 percent for a one-year period ending in February 28.

“The regulatory landscape in marijuana is developing rapidly as the rules around retail distribution take shape this year,” Elliot Johnson, chief investment officer at Evolve ETFs and portfolio manager for SEED, said.

Johnson credited the active management for the returns of this fund and added this style will be “essential” when picking the stocks of the firms that will dominate the global market.

“Our portfolio construction and risk management processes make us well positioned to take advantage of the changes we expect in the coming year,” he said.

Some of these funds current top stocks include: Aurora Cannabis, Aphria (NYSE:APHA,TSX:APHA) and Canopy Growth.

With the growth Horizons noticed from its first ETF, the firm went ahead and launched a second one to the public market, on the Aequitas NEO Exchange, a smaller stock exchange in Canada.

This fund is focussed on smaller stocks from cannabis companies with a market cap between C$50 million and C$500 million.

The Horizons Emerging Marijuana Growers was launched in February 2018.

The fund was designed to target the growers sector of the market underneath the already established marijuana firms.

“We are more excited about the smaller companies in the space,” Noble told INN last November, due to the large valuations on the bigger licensed producers.

Some of these funds current top stocks include: TerrAscend (CSE:TER,OTCQX:TRSSF), The Supreme Cannabis Company (TSX:FIRE,OTCQX:SPRWF) and Emerald Health Therapeutics (TSXV:EMH,OTCQX:EMHTF).

All of these cannabis funds enjoy uniqueness in the market since a portfolio manager in the Canadian public market doesn’t see any more marijuana stock-centric indexes launching soon.

He said the market landscape for marijuana funds is “limiting” when asked about the possibility of his firm launching a second fund in the future.

However, with the emergence of the hemp industry in the US and the continued rise of US-based companies with Canadian cannabis stocks, more funds could appear in the future.