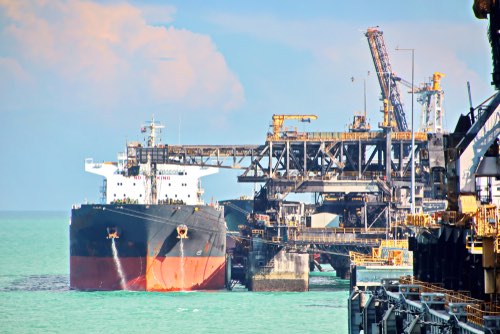 A large chunk of Australia is built on mineral exports, and here INN takes a look at the country’s five most valuable exports.

The land down under is a resources economy, with mining operations from every major subnational jurisdiction yielding almost 40 percent of Australia’s total export value in the 2017-2018 financial year.

The country ranks highly in resource development, with solid infrastructure links, a good economic environment and stable governments that support the resources industry both federally and stateside.

The primary jurisdiction for mineral exports from Australia is Western Australia, which is home to massive iron deposits that are mined by some of the largest companies in the world, though the country is far from a one-trick pony, with almost every mineral you can think of being mined there.

Here are the top five most valuable mineral resources exports to the Australian economy, which combined brought in almost half of Australia’s AU$403 billion worth of exports in the 2017-2018 financial year according to data from the Department of Foreign Affairs and Trade (DFAT).

Australia is the king of the iron game, accounting for some 36 percent of global iron production in 2018 according to US Geological Survey (USGS) data, well ahead of Brazil in second place.

Iron is the definitive base metal, and is used in everything from infrastructure to transportation to advanced technology, and everything in between — meaning Australia and its many operational iron ore mines in Western Australia have enjoyed a mighty run of economic prosperity as China has leaned into its push for industrialization over the past few decades.

DFAT’s data from 2017-2018 showed that iron ore accounted for over 15 percent of Australia’s total exports in that period, with a value of more than AU$61 billion.

While more western nations around the world are turning away from coal, in Australia the sooty black rock is a source of incredible wealth.

Australia is home to deposits in all states, and major operational mines up and down the east coast, including the controversial Carmichael mine in Queensland, which is being developed by India’s Adani Group (BSE:512599,NSE:ADANIENT).

For its part, coal makes up another 15 percent of Australia’s total exports at AU$60 billion, with most of it again going to China despite increasingly strict environmental standards and simmering political tensions between the two trading partners. However, Australia has plenty of other customers as well.

Natural gas is Australia’s third most valuable resources export, earning AU$30 billion for the economy with its 7.7 percent share of total exports, which in 2019 saw it become the world’s top exporter of natural gas.

The island continent is home to 14 different basins that yield natural gas, though the majority is offshore in the northwest, which has seen significant development projects over the past few years by some of the biggest names in natural gas.

The country has significant natural gas reserves, with much of it locked up in coal seams that require unconventional drilling.

Gold accounted for over AU$19 billion in exports in the 2017-2018 financial year in Australia, earning its place as the fourth most valuable mineral export and sixth most valuable export overall.

According to the USGS, in 2018, Australia produced 310 tonnes of the yellow metal, making Australia the second-largest gold producing nation behind China and ahead of Russia.

Much of Australia’s wealth is founded on gold, with a number of gold rushes triggered in the mid-1800s that super charged the nation’s development and set it down its path of prosperity through mining. Today, gold from Australia is mostly sourced from Western Australia, where the top producing gold mines in the country are located.

Aluminum ore came in as the fifth-most valuable mineral export from Australia, accounting for 2.3 percent of all exports and earning AU$9.4 billion in 2017-2018. Aluminum is sourced from bauxite, of which Australia has the second-largest share of resources in the world.

Refined aluminium metal earned its own spot in DFAT’s list of valuable exports for the country at 17th.

Wondering where uranium and rare earths are on this list? Despite having 30 percent of the world’s reserves, uranium didn’t rate a mention in exports as its three operational mines only produced 5,882 tonnes of uranium in 2017, and while Australia also ranks as the second-largest producer of rare earths globally behind China, rare earths production did not rate as a major contributor to the Australian economy.

One response to “Australia’s 5 Most Valuable Mineral Exports”