From June 21 to 26 the Investing News Network had the opportunity to visit six mining project sites in the Yukon. These are the highlights from days five and six.

Canada’s Yukon is attracting increasing attention as a mining jurisdiction, and from June 21 to 26 the Investing News Network (INN) had the chance to see why the territory appeals to companies and investors alike.

On a six-day tour hosted by the Yukon Mining Alliance and the government of Yukon, members of the media visited sites, heard from mining executives and got a sense of what the Yukon has to offer. Overall, INN came away with a greater understanding of the region — and with plenty of information to share with those interested in the land of the midnight sun.

Click here to see what happened on days one and two of the tour, and click here for a look at days three and four. You can also scroll on for a pictorial overview of days five and six.

After waking up in Dawson City, our group hopped on a plane and then into a helicopter to visit White Gold’s (TSXV:WGO) White Gold project. On the way, we flew over multiple placer-mining operations, a common sight in the Yukon — placer mining has a long history in the territory, and is still going strong. 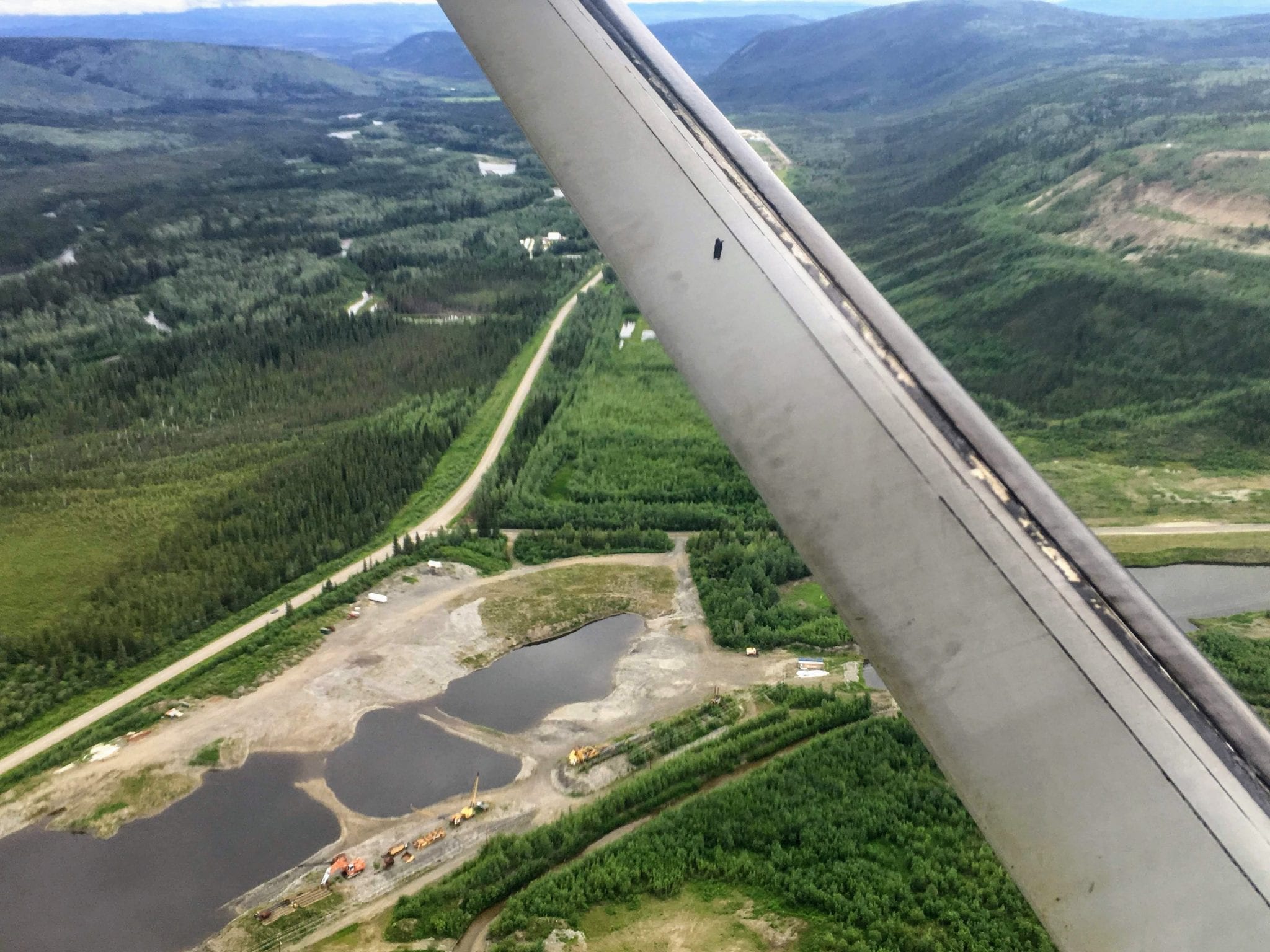 One of the many placer-mining sites we saw during the tour.

White Gold is best known for its connection to prospector Shawn Ryan, who famously got his start in the Yukon as a mushroom picker. He eventually moved on to gold exploration, methodically picking over vast swathes of land in his search for the yellow metal.

The 2009 discovery of the White Gold area made Ryan the author of the Yukon’s new gold rush. Junior miner Underworld Resources had optioned the land from Ryan, and hit gold on its fourth drill hole — that drew the interest of Kinross Gold (TSX:K,NYSE:KGC), which ultimately acquired Underworld. 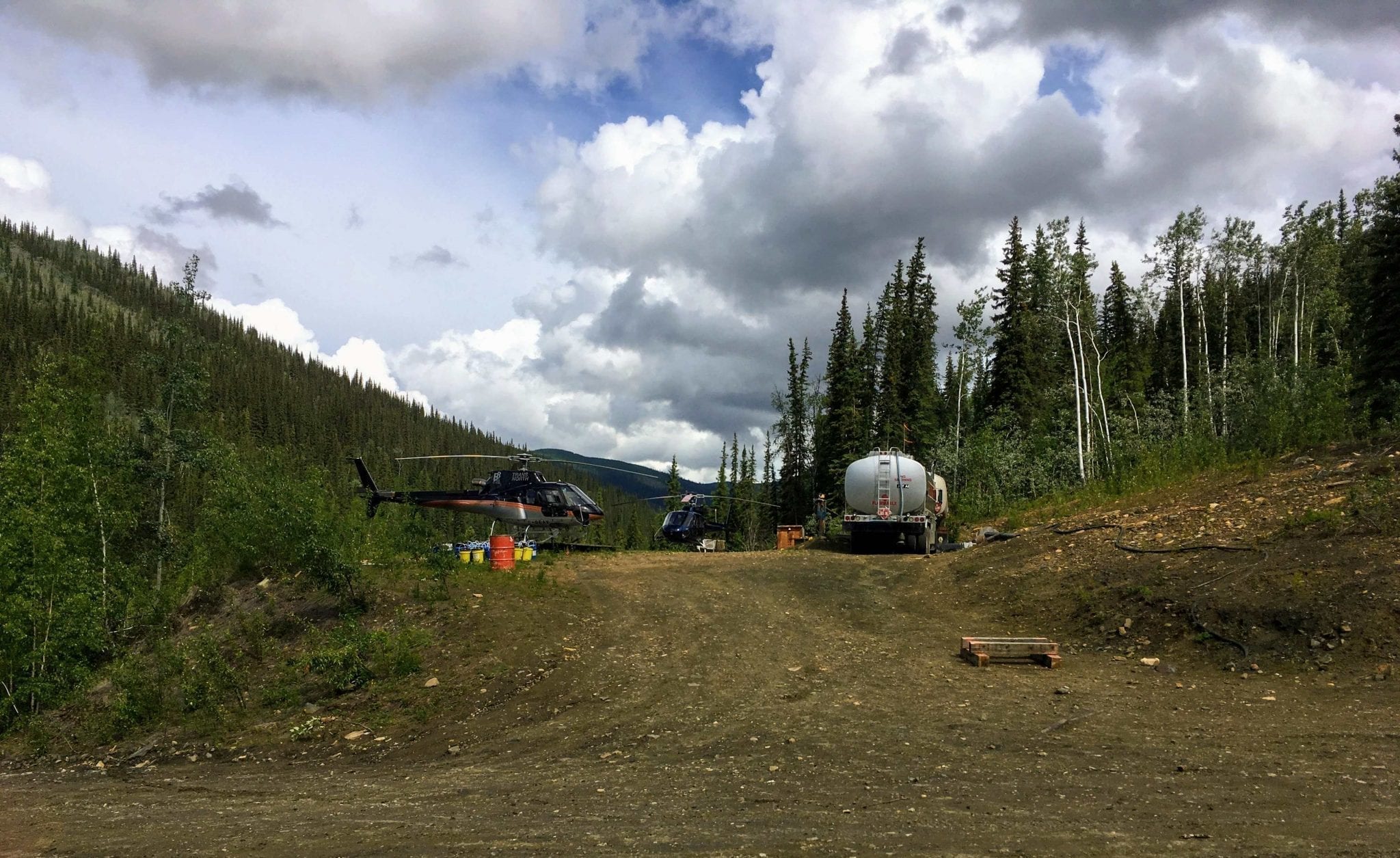 We took a helicopter to get to the Thistle Creek camp at White Gold’s White Gold property.

But as Jodie Gibson, White Gold’s vice president, exploration, explained to our crew, Kinross didn’t end up doing much with the project. While the company put some work into it from about 2010 to 2011, it was essentially shelved after that time. Ryan and White Gold jumped back in midway through last year, acquiring the White Gold project and other assets from Kinross. Kinross holds a 19.9-percent stake in the company, as does Agnico Eagle Mines (TSX:AEM,NYSE:AEM). 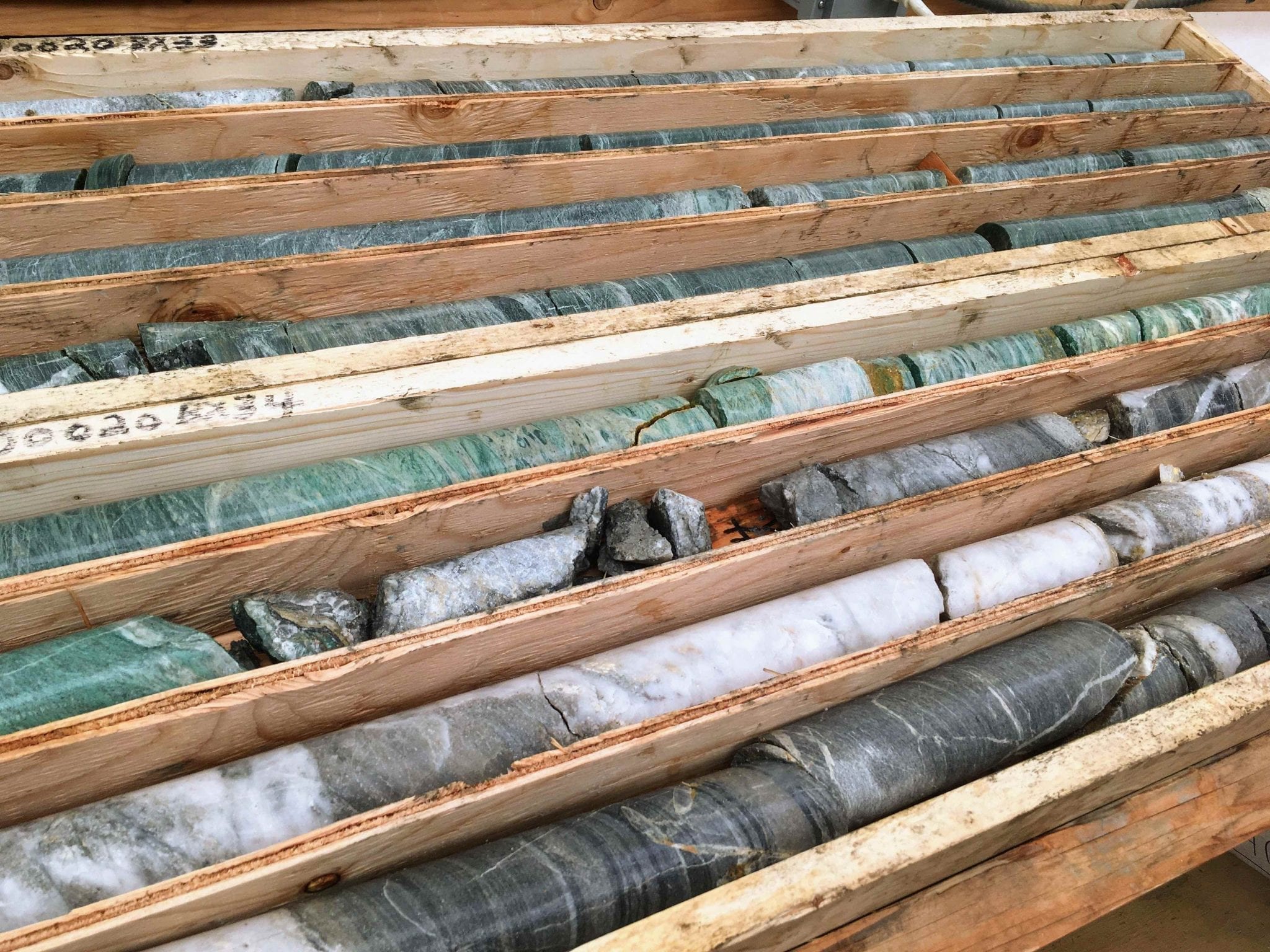 Gibson and other members of the White Gold team showed us around the core shack.

“We’re getting very aggressive on step-out drilling — testing the extents of the system,” said Gibson. “Additionally we’re getting very aggressive on testing other targets at the property.” At the time of our visit the company had two diamond drills and one RC drill operating at the project. “One of the diamond drills is focused on deep drilling at the Golden Saddle,” he explained, “and then the other RC and the other diamond drill are focused on other target areas.”

In total, the company will be spending $4.6 million on work at the White Gold property this year, plus $4.5 million on regional exploration. In addition to drilling, geophysical surveys, geologic mapping and other work will be completed with the goal of building and defining new drill targets ahead of 2019.

After staying the night in Destruction Bay, we headed out bright and early to visit Nickel Creek Platinum’s (TSX:NCP) Nickel Shaw project. No planes needed this time — our hotel was just a short drive away. 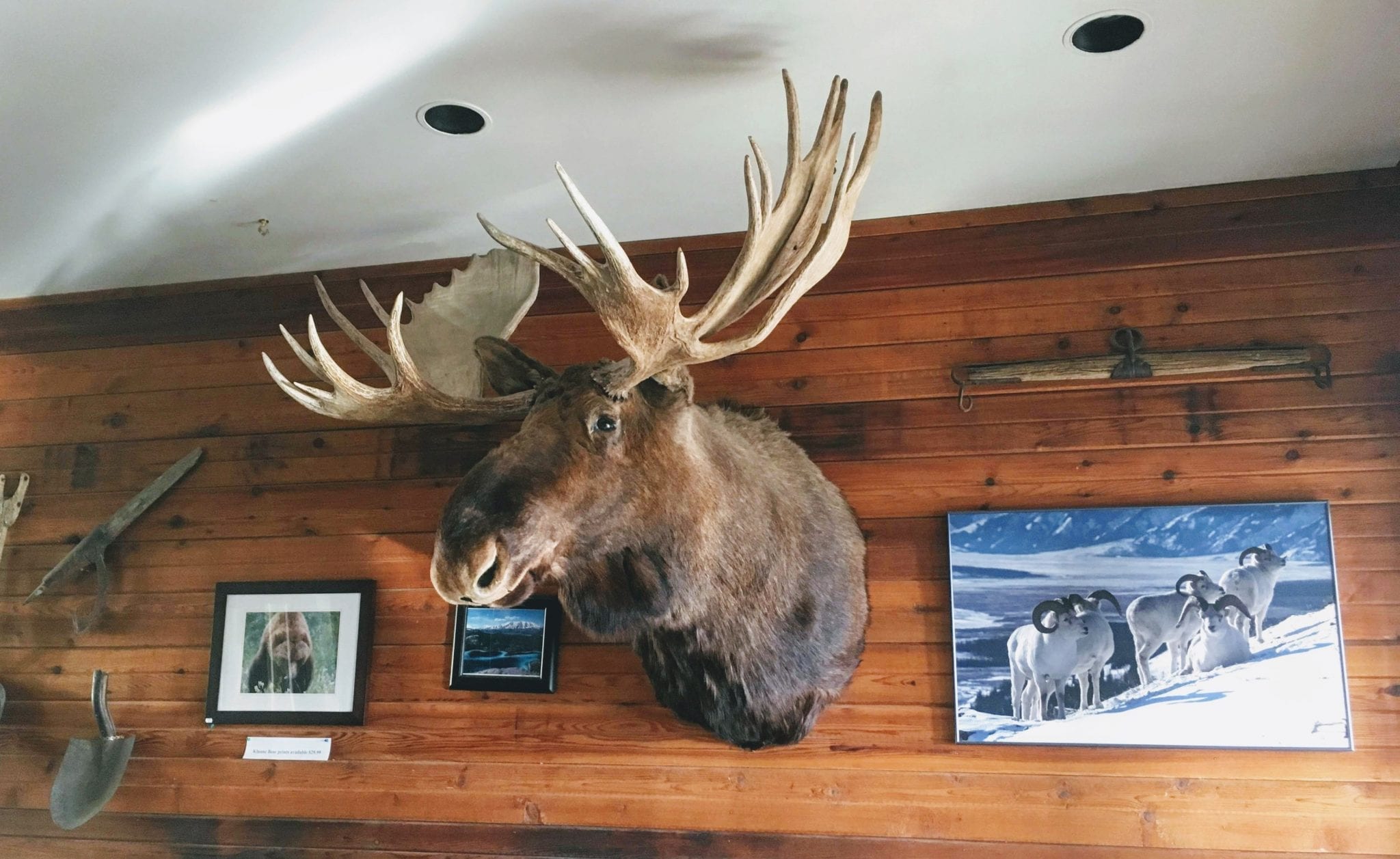 The entranceway of our hotel in Destruction Bay.

Formerly known as Wellgreen Platinum, Nickel Creek went through a change in management and focus from 2016 to 2017, and officially changed its name at the beginning of this year. As COO Heather White explained, the team’s goal now is essentially to evaluate the the project with new eyes — notably the company is looking at Nickel Shaw as primarily a nickel asset, not a platinum-group metals project, and is shifting its focus from exploration to bringing the property into the development phase.

“We’ve done a lot of work,” White said. “We haven’t been talking to the market because we felt it was too premature. Let’s do our homework, let’s get this right. Let’s not make projections we can’t live up to.” 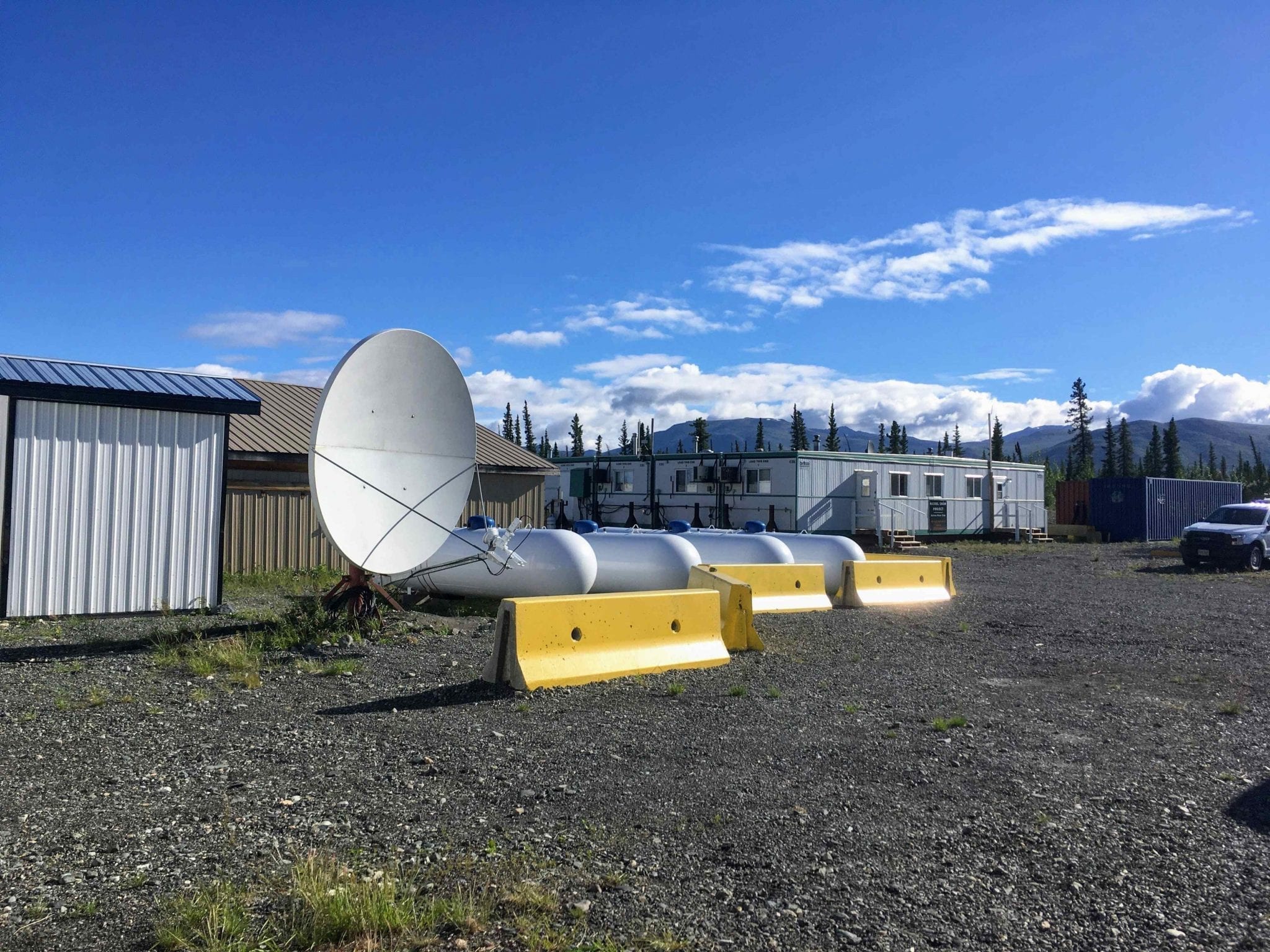 Speaking to our crew before we embarked on a tour of the property, White explained that right now the company is waiting on metallurgy results. Nickel Creek produced a marketable bulk sample last year, but before finalizing the mine plan for the project it is examining whether it will be possible to separate nickel and copper concentrates.

“We realized that if we can split the concentrate ourselves we can get significantly higher payables,” said Graeme Jennings, vice president, corporate development. Nickel Creek started mini pilot plant testing to see if that is possible in April, and results should be released later this month. 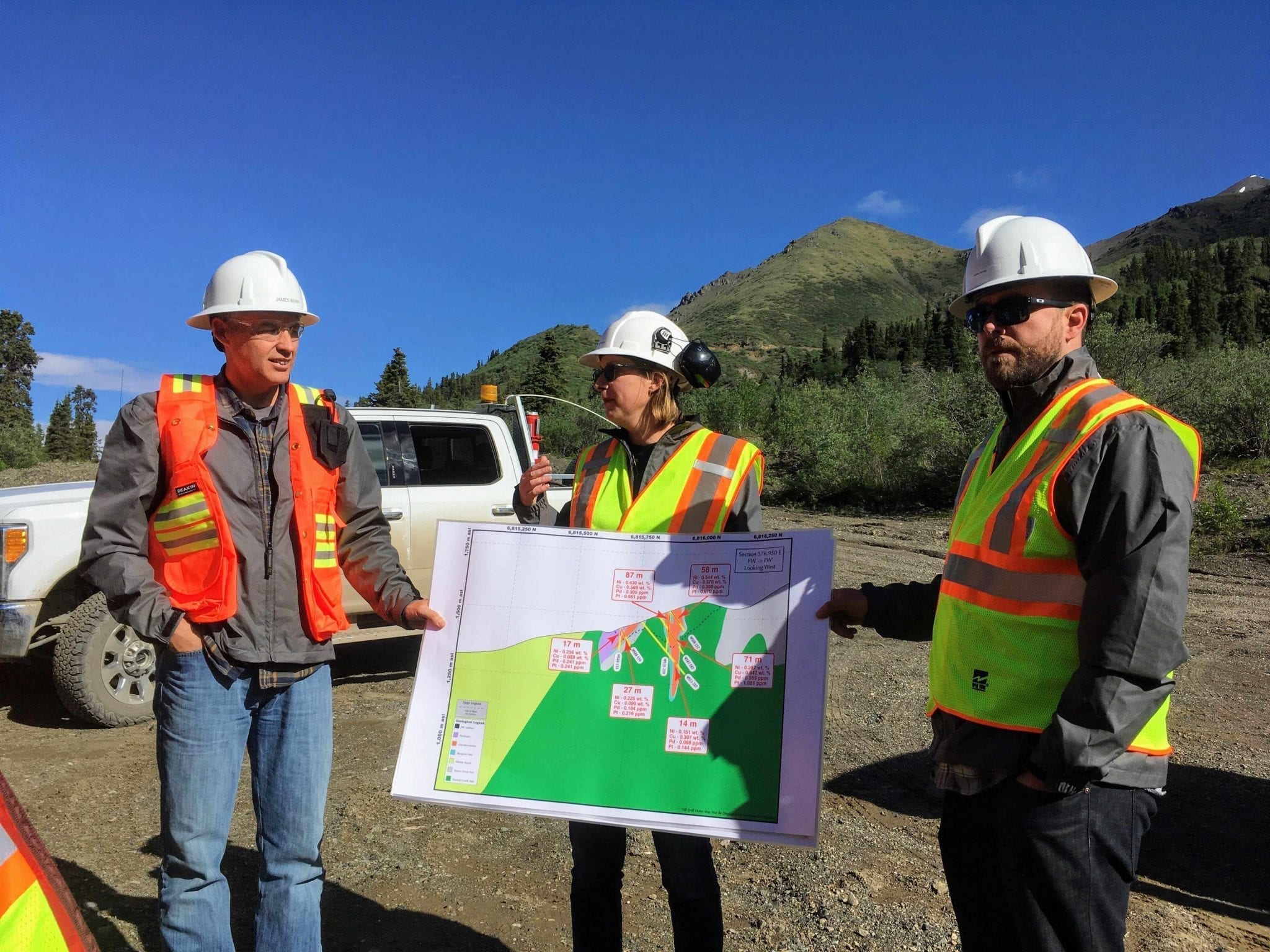 White shows our group where the pit will eventually be at Nickel Shaw.

While Nickel Creek’s focus right now is on completing a PEA for Nickel Shaw and determining whether it is economically viable, the asset does have exploration upside. It’s also the site of previous production — as White noted on our tour around the property, the first discovery at the site was made in the 1950s, and some mining was completed by Hudbay Minerals (TSX:HBM,NYSE:HBM) in the 1970s.

“There’s targets that we have that haven’t had boots on them in 30 years,” said Jennings. White added, “shareholders want [to know about] exploration upside. It’s always a good question to have … if you can build a district as opposed to just a simple deposit, that adds significant value.” 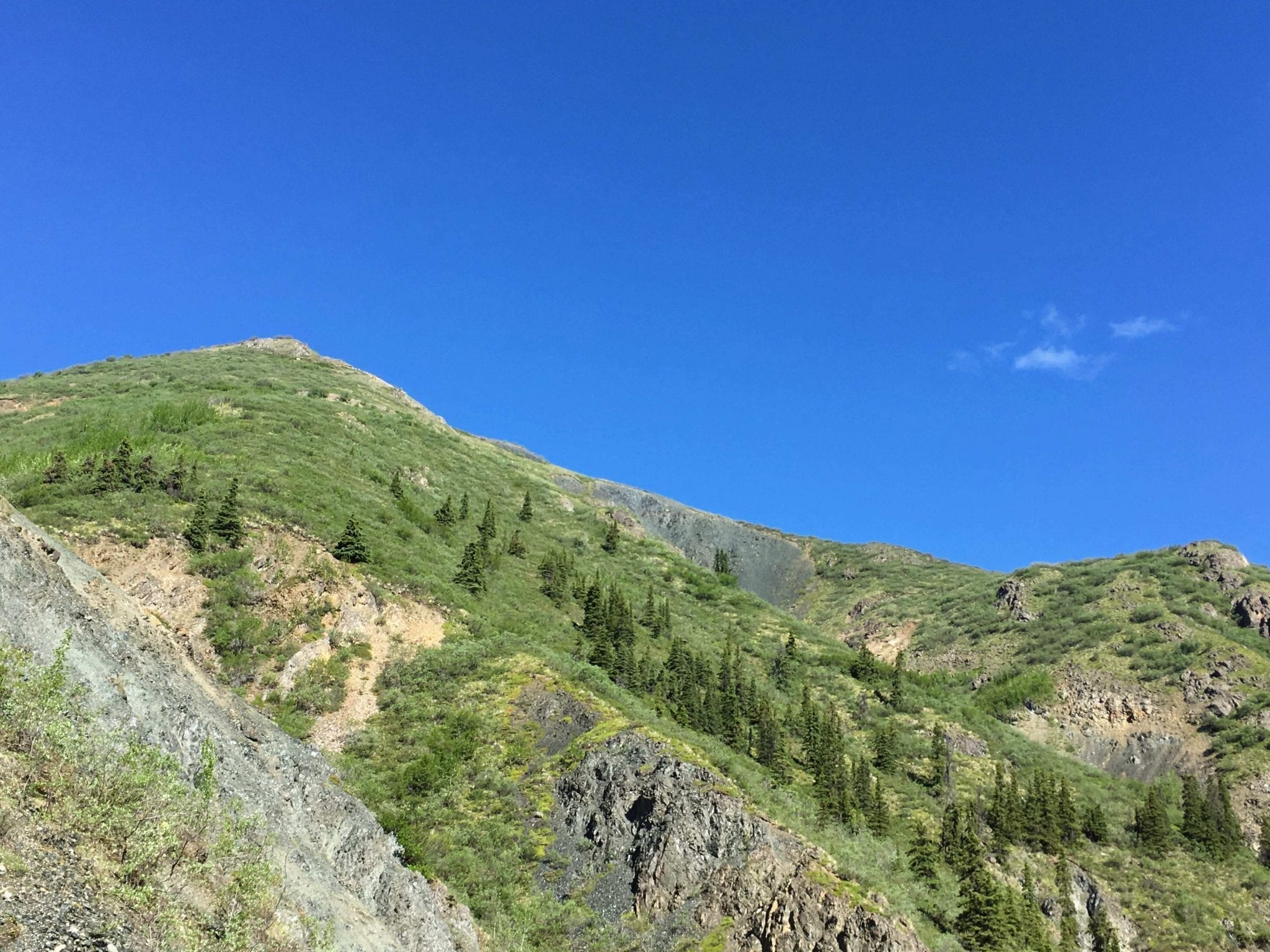 The site of the original 1950s discovery at the Nickel Shaw site.

Stay tuned for more in-depth coverage of Nickel Creek, plus some of the other companies INN spoke to on the tour. And remember to check out our overviews of days one and two and days three and four.