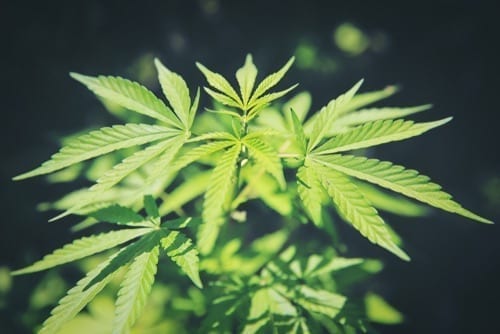 During a visit to Rubicon Organics’ cannabis production facility, CEO Jesse McConnell talked about the state of the investment market and the reason his company intends to serve premium product consumers.

As the Canadian cannabis market gears up for the entry of edible and infused products, a variety of players — including Rubicon Organics (CSE:ROMJ,OTCQX:ROMJF) — are looking to serve higher-end consumers who want premium marijuana to smoke.

In anticipation of the legalization of adult-use cannabis in the country, many producers in Canada pursued the buildout of massively sized production facilities.

Nearly a year after legalization, consumers have decried product from some licensed producers (LPs) as being of poor quality and offering lackluster results compared to black market offerings.

A debate has been sparked about which type of consumer is pursuing dried flower marijuana products and how capable LPs will be of reaching these consumers.

Rubicon Organics has placed a specific interest in the production of higher-end cannabis denominated as “super premium.”

The company is aiming to reach a production cost of C$1 per gram with the intention of eventually landing at C$0.50. The producer estimates an average price for higher-end dried flower product of between C$14 and C$20.

“It doesn’t matter what you tell investors, the consumer is going to tell you if your product is premium or not,” Jesse McConnell, CEO and director of Rubicon Organics, told the Investing News Network during a visit to his company’s growing facility in Delta, British Columbia.

The executive added that investors have been hit by multiple companies promising various high degrees of quality product, and not all have delivered.

“If you’re an investor and you’re looking at which one of these companies can actually deliver against those promises, look at their track records,” he said.

“What have they done in the past that demonstrates that they’re the kind of management team who knows how to deliver that value proposition around premium? Not just because it says on their deck or their website that they are an industry leader.”

McConnell was a co-founder of Whistler Medical Marijuana, a cannabis producer that obtained its license early in 2014. The producer was then acquired by Aurora Cannabis (NYSE:ACB,TSX:ACB) in early 2019 in a transaction worth C$175 million.

The company, along with a collection of players in the space, such as The Supreme Cannabis Company (TSX:FIRE,OTCQX:SPRWF) and privately held Tantalus Labs, is betting that savvy consumers will follow superior quality for products and are also willing to pay a premium for these items.

In a recent note, CIBC Capital Markets equity analyst John Zamparo said Supreme’s focus on “premium-seeking consumers” is the most effective and neglected strategy for the recreational space in Canada.

“An assessment of developed cannabis markets, Colorado and California for example, demonstrates that commoditization does occur, but that top-quality flower retains higher prices and is more defensive against margin compression, supporting Supreme’s strategy,” Zamparo wrote.

Watch the video above to see Rubicon Organics’ facility up close and personal, and to hear more insights on the state of the marijuana market from McConnell.