Fission Uranium (TSX:FCU) is having a busy summer, and last week the Investing News Network (INN) got the chance to experience part of it firsthand. During a visit to the company’s Patterson Lake South (PLS) project in Saskatchewan’s Athabasca Basin, INN received a tour of the property, saw the latest core samples and spoke with key players at Fission.
Located 30 miles from the Alberta border off Highway 955, PLS is in the advanced stages of exploration. The first major discovery at the project was made in 2013, and since then Fission has gone on to release a resource estimate and preliminary economic assessment (PEA) for the project’s Triple R deposit.
The current resource estimate for Triple R includes only the R00E and R780E zones, but by Q4 2017 Fission expects to release an update that accounts for three more zones: R840W and R1620E and R1515W. Click here for a map of the zones.

Click here for a writeup and photos from our 2016 visit to Fission’s PLS project.

The company also plans to complete a prefeasibility study for Triple R between Q4 2018 and Q4 2019, and recently began a summer drill program focused on growing the R1515W zone and accelerating progress toward the prefeasibility stage. Results from the first two holes have already been released — highlights are as follows:
Hole PLS17-562 (line 1545W):

The PEA for Triple R points to a mine life of 14 years and annual production of 13 million pounds of U3O8 per year for six years; that will be followed by an average of 3 million pounds of U3O8 per year for eight years. Average operating expenses are estimated at C$16.50 per pound over the life of the mine, and CAPEX stands at $1.1 billion.
The plan is for Triple R to be an open-pit mine (see above left for visualization), a fact that Fission Chairman and CEO Dev Randhawa highlighted during the trip to PLS.

“Our high grade starts at 50 meters from surface, which means it’s open pittable, and that’s very important,” he said, adding, “if you look back historically, everything that was very shallow, like Key Lake, Cluff Lake, has all been mined. Projects that have been found in the past that are deep have not been mined because they are far more technically challenging.”

Watch the video above to learn more about what Fission has planned at PLS in the coming years, and see below for more photos of the site. The company looks certain to be busy as it moves the project toward production. 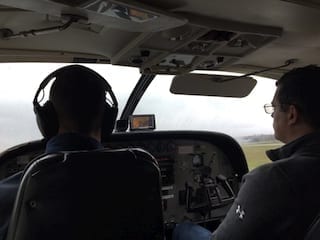 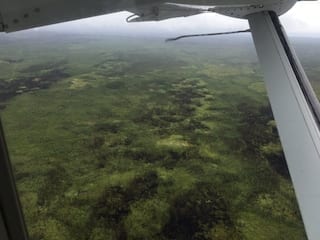 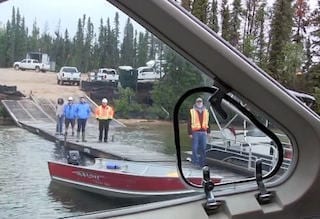 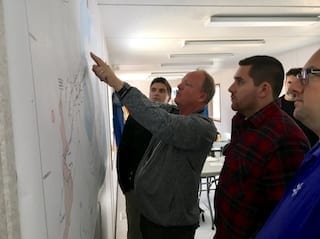 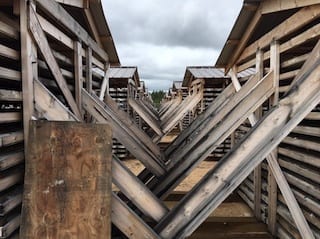 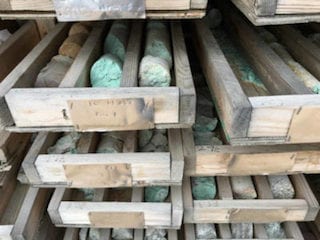 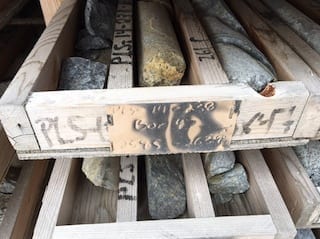 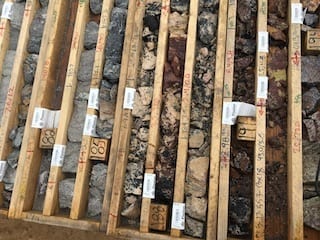 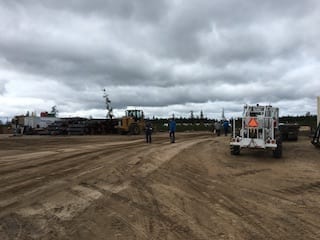