While the contagion of fear in the markets is providing silver with a much needed boost this week, ongoing economic problems around the world will eventually weigh on industrial demand. 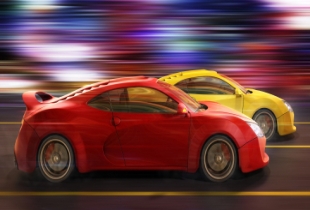 Silver, like most commodities, suffered substantial price dips Thursday and Friday as fear over the possibility of a global double-dip recession permeated the markets. Friday, silver closed down .54 cents from Thursday’s close to $17.41 an ounce in New York.

Despite falling to its lowest level in a month and trading flat most of Monday morning, by noon silver prices had jumped over .80 cents as gold climbed above $1240 an ounce. Silver closed up 5 percent to $18.15 an ounce on the COMEX Monday.

Tuesday, the white metal and its yellow cousin continued to rally with gold reaching an all-time high of $1252.30 an ounce in late-morning trade, while silver rose as high as $18.51 an ounce. It’s understandable that gold is benefiting from a climate of fear, but silver’s industrial role would lead one to think its prices would remain depressed; however, the sometimes precious metal seems to be just that this week.

Silver is no doubt catching a ride on gold’s strength with investors seek security in precious metals as the euro and equities continue to weaken. Economic uncertainty in the markets grew Tuesday after Fitch Ratings signaled the UK’s credit rating could be in trouble if the government doesn’t make further budget cuts.

“The fear in Europe is very palpable, and it’s spreading to the U.S.,” said Frank McGhee, head dealer at Integrated Brokerage Services. “Gold is the beneficiary of increased worries about expanding sovereign debt, slowing economies and the temptation to devalue currencies. The market is focused on the expanding contagion.”

While this contagion of fear in the markets is providing silver with a much needed boost this week, ongoing economic problems around the world will eventually weigh on industrial demand.

Silver’s relationship with copper is often understated, but it remains an important one to track, especially in this type of market environment. Even with its big gains the past few days, “silver is still underperforming gold,” points out a recent Scotia Mocatta Metal Matters report. Jaime Greenough, Global Securities futures analyst, pointed out in a note to clients that “silver still remains below its 2010 high, as the same time that gold prices have managed new record highs.”

And the reason for silver’s lackluster showing compared to gold may lie in copper’s weak performance as of late.

After dropping steadily for five days in a row, copper prices fell to their lowest level in eight months Monday, closing at $2.766 per pound, on perceived demand reduction. Traders are anticipating economic recovery in the euro zone will be much slower and there are concerns imports to China will fall, putting predictions for further losses as low as $2.50 per pound this week. As the bellwether of industrial market health, the fact that Dr. Copper is “facing a very uncertain future,” to use Greenough’s description, should serve as a caution to silver investors.

“Silver is walking a tight rope between its flight to quality status and its status as an industrial commodity market potentially facing a slower economy,” Greenough rightly notes.

For those long-time silver investors, the historically volatile nature of the silver market is just par for the course; however, the conditions influencing today’s economic and investment environments are like nothing many have ever seen. All of these factors are serving to further amplify silver’s volatility.

“In the past two years there has been a 50 per cent fall and rise again. Who is to say that the same will not happen again?” warns Peter Cooper, precious metals analyst and arabianmoney.net founder.

Forget what gold is doing. Keep your eyes on copper and market sentiment over global economic recovery.

Mineweb’s Lawrence Williams opined an eye-opening piece Tuesday, which I feel is an essential read for those in need of a slight reality check.