Silver is showing it’s still very much tied to gold, tracking the yellow metal down on price chopping news out of China, the oil trade and the currency markets. 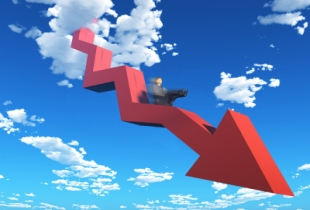 After starting the week off strong Monday morning, the spot price of silver in New York closed down to $17.25 an ounce. Prices plunged further in early morning trading Tuesday to as low as $16.86 before climbing back up to close at $17.29 an ounce.

Silver is showing it’s still very much tied to gold, tracking the yellow metal down on price chopping news out of China, the oil trade and the currency markets. On Tuesday, gold fell as low as $1107.60 an ounce before rebounding later in the day to $1122.20.

Oil prices gave back almost 2 per cent of the last eight weeks’ gains on a stronger dollar and an anticipated increase in US crude inventories. Gold often follows oil bringing silver along for the ride.

The dollar grew strong as the euro weakened in the face of continuing debt concerns making commodities including gold and oil lose their luster.

“The euro is down and the dollar is up. Energy is down as well. So it’s making it real easy for the metals to come down,” said Patrick Lafferty, MF Global commodity trading adviser.

Fitch Ratings and Moody’s Investors Service are giving further negative ratings to European countries like Greece and Portugal as the nations struggle to get a handle on their mounting economic woes. While the weak euro in relation to the dollar is pressuring precious metals prices, analysts view the ongoing debt crisis in the euro zone as price positive over the long-term.

“Gold is not a bad asset, but currently a few factors limit our ability to increase foreign-exchange investment in gold,” said Yi Gang, head of China’s State Administration of Foreign Exchange. Those factors include the relatively small size of the market and the potential impact on price.

However, according to an anonymous official from the China Gold Association, China’s strategy is to acquire positions in foreign gold mines rather than buying off the international market. But, perhaps that is also in line with the same gossip-mongering that brought us the IMF rumour.

Despite the gold market’s heavy influence over precious metal silver’s price actions, many analysts still see the white metal’s industrial side having a major impact on the market over the long-term.

The industrial metals sector as a whole is expected to improve this year and next as global economic growth improves, although the going will be slow.

“We’re not expecting particularly strong growth in the world outside China, but we are forecasting global growth will move from a decline of 1 per cent in 2009 to a gain of 3.7 per cent in 2010. That’s a strong inflection point,” said Bart Melek, global commodity strategist at BMO Capital Markets.

Casimir Capital research director Wayne Atwell expects a strong metals market over the next decade, but investors should still expect some “speed bumps” along the way.

RBC Capital Markets recently gave its perspective on the short- to medium-term silver market. Its analysts expect silver’s fundamentals to remain positive as industrial and investment demand increase and outpace new mine supply in 2010. RBC puts its average silver price forecast at $15 per ounce for 2010 and beyond.

In a recent interview with Resource Intelligence, Managing Director of CPM Group Jeffrey Christian showed his bullish side with a $20 to $22 an ounce silver forecast over the first four months of 2010 with an average price of $17 to $18 for the year.

Stocks in silver producers such as Alexco Resources [TSX: AXU], Endeavour Silver [NYSEAmex: EXK] and Hecla Mining [NYSE: HL] performed well this past year, according to analysts at TheStreet, posting one-year returns of 154 per cent, 187 per cent and 344 per cent, respectively.

Silver Wheaton [TSX: SLW] offers investors a chance to play the silver mining market without the risks associated with mining companies. RBC Capital Market’s analysts say the company is “the top growth story among the North American silver, with attributable silver production forecast by the company to double from 16 million ounces in 2009 to 32 million ounces in 2012.”

For those with an appetite for risk, exploration and development-stage juniors offer the “biggest bang” for your buck, advises Christian. Junior stocks are much riskier investments than ETF’s, but they also offer the “greatest capital gains potential.”