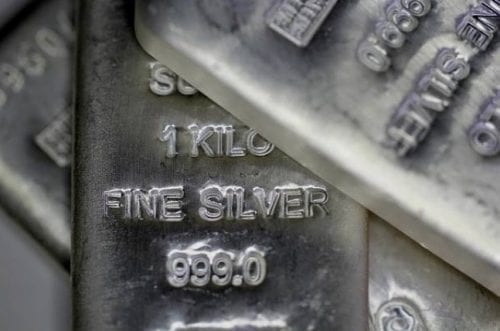 Global industrial demand for silver rebounded in 2017, rising for the first time since 2013, and according to Johann Wiebe, lead analyst for Thomson Reuters’ GFMS team, this upward trend is likely to continue.

Speaking via phone ahead of the April 12 release of the latest World Silver Survey, a collaboration between the GFMS team and the Silver Institute, he explained, “looking forward, there are quite a few things on the horizon … demand will continue to do well with various supporting elements.”

What are those elements? Wiebe said that “on the fabrication side we saw the best performance,” and noted that solar, electrical and electronics, automotive, jewlery and silverware have, and will continue to, support demand both this year and next.

According to the survey, “[g]rowth was bolstered by another year of impressive photovoltaic demand, rising 19 percent in 2017, the result of a 24 percent increase in global solar panel installations.”

Wiebe commented on solar, stating, “[i]t will continue to rise and rose considerably last year — third year in a row.”

In terms of electronics, 249.9 million ounces were consumed last year, which led to the electrical and electronics segments delivering their first annual increase since 2010. For jewelry and silverware, Wiebe noted that “silverware and silver jewelry were good — [thanks to] India.”

“Jewelry for gold, but also silver, is used obviously as an adornment … but it’s also an investment. Some of these guys, they don’t necessarily buy a bar or a coin, but they buy a nice piece of jewelry to hold it for the same reasons you would for buying a coin … so that was fairly positive,” he added.

Jewelry and silverware experienced gains of 2 percent and 12 percent, respectively.

Also encouraging silver demand is the fact that it is “particularly cheap” at the moment. “You pay 2 ounces of silver to buy 1 ounce of gold … gold is quite expensive,” Wiebe said.

Compared to demand, global silver mine production fell by 4.1 percent in 2017, landing at 852.1 million ounces. This was the second consecutive year that supply experienced a decline, which was mainly credited to “a series of supply disruptions across the Americas.”

As per the survey, another leading factor in the drop “was due to the primary silver and gold sectors, where production fell by a combined 29.4 million ounces. Of the key producing countries, Peru and China registered subtle dips, followed by more acute losses in Australia and Argentina.”

Wiebe noted that, “the main drop was in actually in Australia … then there were a lot of [smaller] drops in other places.”

However, the losses were offset by higher output from Mexico, which was once again the world’s top silver-producing country. Commenting on the situation, Wiebe noted, “the main rise was actually in Mexico, up 10 million ounces.”

Wiebe believes that the silver supply will not stay in the red, and noted, “all of the miners are keen to increase their production.” He added, “the longshot of it is that it will go up.”

Last year’s supply and demand dynamics led to slightly declining silver prices, with the annual average silver price falling by 0.5 percent to US$17.05 per ounce in 2017, and prices trading in a range of US$15.22 to US$18.56.

Looking forward, Wiebe believes that silver prices will rise and that the white metal will outperform gold in 2018 “purely based on the ratio argument.”

He continued, “[if] you look at the ratio it is at 82, and every time it pops above 80 … it reverses back because it is simply too expensive vs. gold. So in that sense, yes, I support that argument [that] silver will upsell gold.”

2 responses to “Silver Industrial Demand Set to Increase in 2018”