Demand for physical silver hit an all-time high in 2013, but that doesn’t mean prices are on the rise. Thompson Reuters GFMS sees the white metal averaging just $19 per ounce this year. 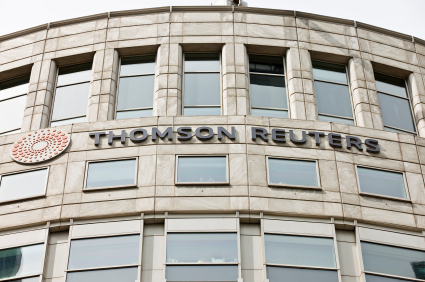 Silver’s average price in 2013 was $23.79 per ounce, 23.6 percent lower than the previous year, Thomson Reuters GFMS states in its World Silver Survey 2014, released yesterday. That’s the metal’s largest year-on-year percentage decrease since 1985, when it sank by 25 percent, and its second double-digit decline in a row.

Those numbers raise the question of what went wrong last year. CPM Group provided an answer back in April, stating that shorter-term investors “disillusioned by the inability of silver to rise strongly following the highs reached in 2011″ were “primarily responsible” for the metal’s fall. That’s because they moved “their funds into other asset classes like equities and real estate that [are] perceived as providing better profit opportunities.”

GFMS seems to have the same idea, though it words its explanation more technically. The firm states that last year’s drop was largely the result of large, non-commercial COMEX market participants raising their gross silver futures short positions while decreasing their net long futures positions. Meanwhile, “[i]nvestor bearishness about medium term price prospects led a portion of silver’s investor base to book profits on silver assets accumulated in previous years.”

That’s a little disheartening, but as GFMS’ report reveals, silver’s lower price yielded at least one upside: increased demand. Record-breaking demand, in fact — according to the firm, total demand for physical silver hit an all-time high of 1,081 million ounces in 2013. That rise was driven partially by increased jewelry and silverware fabrication, which respectively increased by 10 and 15 percent, but a 76-percent rebound in retail investment in bars and coins was the main catalyst.

Global industrial demand for silver, on the other hand, sunk slightly, reaching 586.6 million ounces. Though that’s a decline of less than 1 percent, GFMS notes that it’s the third consecutive year that there’s been a fall in that type of demand; this time around, the decline’s main driver was “the lack of clear [macroeconomic] recovery impacting on industry investment.”

Unsurprisingly, that increase in demand created a fairly significant physical deficit. Specifically, states GFMS, 2013 brought a physical silver deficit of 103 million ounces, a far cry from the 51-million-ounce surplus recorded in 2012 and the biggest shortfall since 2008.

That’s not to say that production of the white metal fell by the wayside. In fact, the opposite is true — global silver mine production rose to a new record 819.6 million ounces, a 3-percent increase from the previous year and the 11th year mine production of the precious metal has increased. The gain was primarily brought about by advanced projects, which were able to move forward despite 2013′s tough markets.

On the flip side, above-ground silver supply dropped to 199.7 million ounces, a 23.2-percent dip, mostly because of “a large decline in scrap supply, only modest government sales and a continued absence of net producer hedging or ETF drawdowns.” Scrap supply, the biggest contributor to above-ground silver supply, rises when silver prices are high and sinks when they are lower, so last year’s decline is not unusual.

While presenting the survey yesterday, Andrew Leyland, GFMS’ manager, regional demand, said the firm sees silver averaging about $19 this year, with that amount falling to $18.50 in 2015, as per Forbes.

GFMS sees a number of factors leading to those lower prices. Among them, states Forbes, are rising investor demand for riskier assets like stocks and a potential fall in exchange-traded fund holdings. The Financial Times notes that others include a stronger US dollar and improved economic sentiment, both of which tend to weigh on sentiment towards precious metals.

That’s not good news for investors hoping for a big silver price increase, but it’s not all bad either — essentially what it means is that silver is entering a period of consolidation. GFMS sees “many jewelry and silverware producers … tak[ing] advantage of this in order to boost production levels and move away from plated silver products,” though according to Leyland it will also result in “more investor interest leaving the sector.”

Optimistic investors, however, may look at the next couple of years as an extended buying opportunity. After all, as many analysts are quick to point out, silver prices can’t stay low forever, and when they do rise again, they may surpass their previous high.