The climbing price of silver has led to renewed interest in deposits which contain this precious metal, making some current mineral producers in British Columbia look to refocusing while the mineral is so valuable. 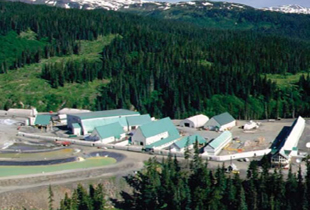 Eskay Creek Mine in British Columbia

Silver is currently attracting considerable attention because for a time the price increased to its highest value since 1989 and unlike gold, much of this has happened in the past year. The climbing price of silver has led to renewed interest in deposits which contain this precious metal, leading some current mineral producers in British Columbia to refocus while the mineral is so valuable.

“I think we’re just seeing the race to discover silver leave the gate. There was murmuring throughout 2010 about rising silver prices and I think that we’re in the midst of a recognition that silver has a high value,” said Bruce Madu, Regional Geologist for South Central British Columbia. “There’s a multiplier effect when you consider not only would you extract zinc and copper from a mine, but also silver and with silver being the highest value product you have right now, silver is going to be a fascinating metal to watch in the next year or two.”

Many of the world’s richest silver mines are found along the chain of mountains along the west of North and South America, extending from Chile to Alaska. These mountains, known as the Cordillera, are one of the principal silver-producing regions of the world.

British Columbia contains a major portion of the northern Cordillera and has produced silver since the late 19th century.

“Sometimes it gets considered to be an industrial mineral, but its value as a currency seems to always be there and I think that’s becoming recognized now. Silver prices are very high right now and what that means for BC is that we have a lot of silver in our gold mines but we also have lots of silver by-products out of lead and zinc mines, for example,” said Madu.

Instead of looking to new mines for silver, Madu says that companies are able to focus on producing the metal from existing gold, zinc, copper and lead projects.

“Within months a company can acquire those kinds of properties, in fact you could have a property that was three years ago a zinc property because zinc prices were high and then you re-craft them for silver,” said Madu.

Last week, Gold Investing News wrote about the trend of small-scale gold mines reopening in British Columbia as the price of the metal has risen since 2003. This steady climb in prices has made these small operations more economically viable.

Mining companies are now also turning their attention towards silver, though the prices of this metal are considered to be much more volatile than gold, putting a greater risk on the prospect of starting new operations.

“How long do you go from saying we’re going to look for silver to bringing mines on-stream? You’re talking about not months but a few years from developing a favorable project from financing to development so there’s that lag time of months when you decide you’re going to do it to years before you actually get things into production,” stated Madu.

For this reason most mining companies are looking to existing mines and past producers as opposed to starting new operations from scratch.

The high in silver prices are leaving some investors weary as to whether the price will continue to climb, or whether the bottom will soon drop out, as silver plunged from a 31-year high of nearly $50 an ounce to a low of $40 an ounce in a matter of three days.

“The industry is one of opportunism. They will explore wherever they need to find the metals the world needs and wants,” said Madu. “We are talking about an industry that is high risk and needs to attract funding from public markets or private investors so they need to be on the ball in terms of what they are looking for. If silver goes up, you’ll find people looking for it.”

Among the larger previous producers was Eskay Creek, an open-pit mine owned by Barrick Gold Corportation (TSX:ABX) which closed in 2010. It was one of the world’s largest silver producers, extracting 5.4 billion grams of the total 7.7 billion mined in BC’s entire history.

“That’s a closed mine currently, but don’t you think that would be a great place to look?” said Madu.