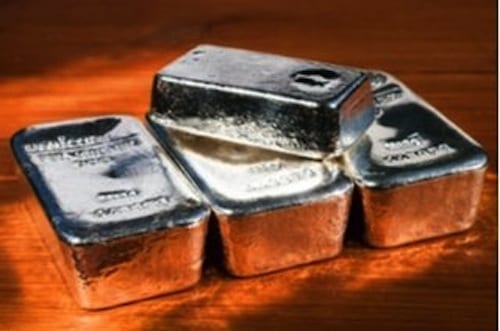 Which TSXV-listed junior silver stocks are the top performers so far this year? We’ve compiled a list to guide investors.

The silver price was rattled during the first quarter of the year, and, while it managed to hit a high of US$16.04 per ounce on January 30, Q1 saw the metal decline over 2 percent.

Despite the white metal’s struggles, some junior silver companies found success throughout the quarter. Now that Q1 has come to a close, the Investing News Network (INN) has rounded up the best junior silver stocks on the TSXV that have seen the biggest share price gains year-to-date.

The list below was generated on April 5, 2019, using TradingView’s Stock Screener. All companies listed had market caps above C$10 million at that time.

Although the miner has not released any news this quarter, Kingsmen has been making steady gains since 2018. The company managed to climb 24.07 percent to trade at C$0.67 on March 31, 2019.

Precious metals royalty and streaming company Metalla has over two dozen streaming and royalty deals on assets at various stages of exploration, development and production.

These include a silver stream from the Endeavor mine located in New South Wales, Australia — once the region’s largest silver, zinc and lead producer. Metalla has the right to purchase 100 percent of its silver output up to 20 million ounces.

Additionally, the company owns 14 percent of Silverback, which is a privately held Guernsey-based investment company that solely owns 100 percent of the New Luika gold mine silver stream.

Click here to watch INN’s interview with EB Tucker, a director at Metalla, at this year’s Prospectors & Developers Association of Canada convention.

Also under the Vancouver-based company’s belt are the Silver Angel property and the Estacion Llano property, both of which are also in Mexico but have no current development plans.

In mid-February, the miner announced that it had discovered the Babi Sur vein on the Las Chispas property. “The Babi Sur Vein is now the sixth high-grade vein discovery in the Babicanora area … This discovery provides further understanding of our evolving geological model, which we are using to successfully discover additional high-grade mineralization in the district,” said CEO N. Eric Fier.

Could the Silver Price Really Hit US$130 per Ounce?
When Will Silver Go Up?
Coronavirus Round-Up: “It’s Not Over,” WHO Says
Metals Weekly Round-Up: Renewed Risk Appetite Weighs on Gold