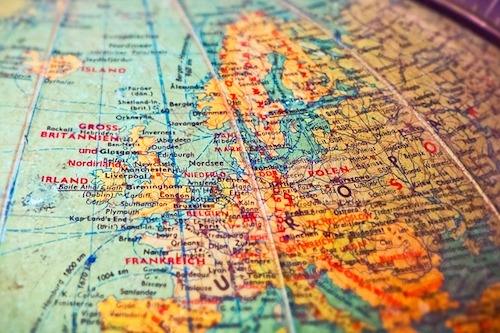 The most recent estimates from the US Geological Survey show that Mexico was the top silver-producing country in 2018.

There are many factors to consider when looking at silver companies, from metal prices to demand to management. However, investors should start with some knowledge of the global silver production landscape.

Knowing which countries produce the most silver can help investors understand the logic behind the exploration and development decisions that companies make. For example, high silver production in a particular country might indicate mining-friendly laws or high-grade deposits.

In 2018, world silver production increased marginally to 27,000 metric tons (MT) due to an increase in output from mines in Argentina, China and Russia. Mexico was once again the world’s leading silver-producing country. Read on for a brief overview of Mexico and the other top 10 nations. Silver production stats are based on the latest data from the US Geological Survey.

As mentioned, Mexico was the world’s largest pure silver producer last year. While its output was down from 2017 at 6,100 MT, it still came out on top. The country is home to Fresnillo (LSE:FRES), the largest silver company in the world. Fresnillo set records in 2018 when its output rose 5.3 percent from 2017.

Despite issues stemming from events such as strikes and government involvement, the mining industry in Mexico is expected to grow 3.3 percent per year and be valued at US$17.8 billion by 2020.

However, Andres Manuel Lopez Obrador and the National Regeneration Movement party are currently rejigging the nation’s mining regulations to make them more strict. This does not necessarily mean the impacts to Mexico’s mining sector will be negative long term, but miners will be waiting to see what the government decides to do regarding the mineral.

Peru was the world’s second biggest silver producer in 2018, feeding silver supply by putting out 4,300 MT, on par with the previous year. Peru also features the world’s largest-known silver reserves, with 110,000 known MT of silver. The country has a massive amount of untapped silver potential that could allow it to move up the rankings in the future.

The majority of Peru’s physical silver production comes from the Antamina mine. The mine is a joint venture between BHP (ASX:BHP,NYSE:BHP,LSE:BHP), Glencore (LSE:GLEN,OTC Pink:GLNCY), Teck Resources (TSX:TCK.B,NYSE:TECK) and Mitsubishi (TSE:8058). While the mine produces more silver bullion than any other in the country, it is primarily a copper mine, and silver is produced as a by-product.

Fortuna Silver Mines (TSX:FVI,NYSE:FSM) is rapidly growing its silver production with two operating mines on the market, one of which is in Peru. That mine produced 0.9 million ounces of silver in 2018.

Many companies in China are privately owned, but Silvercorp Metals (TSX:SVM) bills itself as the country’s largest primary silver producer. It has a portfolio of producing silver-lead–zinc mines in China, including the multi-mine Ying District and the GC mine.

Poland rose from fifth place in 2017 to reach fourth place in 2018. The country’s 2018 silver production grew by 10 MT compared to the previous year, coming in at 1,300 MT, outpacing Russia and tying with Chile.

Poland-based KGHM Polska Miedsz (WSE:KGH) is consistently one of the world’s top silver-producing companies according to the Silver Institute, and the company could expand to become larger. Poland is tied with Australia as having the world’s second largest silver reserves after Peru.

Chile produced the same amount of silver last year as Poland, with output coming in at 1,300 MT.

Some believe that the country is still recovering from a 2017 labor strike at BHP’s Escondida mine. The country’s minerals ministry, known as COCHILCO, has also suggested that the fall was partially due to a sheer lack of silver found as a by-product of gold. This news came despite the fact that the country’s reserves are an estimated 26,000 MT. Chile is still working to get out from under the hits it took in 2017, but it has been making progress.

Russia’s silver output increased by 80 MT in 2018, falling below Chile and Poland, but tying with Bolivia and Australia. The country’s silver reserves are 45,000 MT, and it remains a top silver producer.

Additionally, Silver Bear Resources (TSX:SBR) produced the first silver at its Mangazeisky project in Russia in 2018. Mangazeisky covers an area of about 570 square kilometers and includes the high-grade Vertikalny deposit, which the company says is “amongst the highest-grade silver deposits in the world.”

Mines in Australia churned out 1,200 MT of silver in 2018, on par with what they produced the previous year. That decline positioned the country as the seventh largest silver producer in the world. That said, silver mining has a rich history in Australia, and BHP began there as a silver operation in the 1920s.

Today, South32 (ASX:S32) operates the Cannington mine in Queensland, which produces more silver than any other mine in the country. The company claims to produce 6 percent of the world’s silver.

Bolivia is home to several silver mines, particularly in its Potosi region. The San Cristobal mine, operated by Sumitomo (TSE:8053), features the third largest silver reserves of any mine. In addition, Pan American Silver (TSX:PAAS,NASDAQ:PAAS) operates an underground silver-zinc mine in Bolivia called San Vicente.

Bolivia been in the spotlight on and off for the past several years for having children work in silver mines. But as Cesar Navarro, minister of mining and metallurgy, says in this video (20:45), the government is not monitoring mining activities and therefore has “no control” over these labor issues.

Argentina replaces Kazakhstan on the list of major silver producers. At 1,100 MT, its output is just marginally below the major players, and according to the US Geological Survey, silver reserves in Argentina are currently unknown.

In June 2018, Yamana Gold (TSX:YRI,NYSE:AUY), began commercial production at Cerro Moro, a high-grade gold and silver mine in the country. Argentina is also home to the Chinchillas and Pirquitas mines, run by a joint venture between SSR Mining (TSX:SSRM,NASDAQ:SSRM) and Golden Arrow Resources (TSXV:GRG,OTCQB:GARWF).

The largest US-based primary silver producer is Coeur Mining (NYSE:CDE). Coeur’s US projects are not silver focused, but the company does operate silver mines in South America and Australia.