Investors are wondering just how low platinum prices can go. 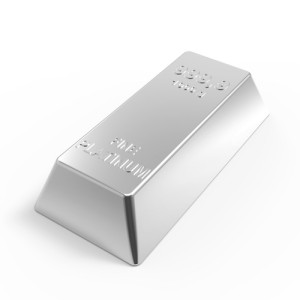 As platinum continues its downward trend, investors are wondering how low the precious metal can go.

The gray-white metal reached a seven-month low last week, scraping $1,367.50 an ounce, as it continued its struggle against a rising dollar and a global surplus that is hampering its value. It’s down from a year-long high of roughly $1,510 an ounce seen in July.

The metal has been on a consistent decline since June 2013, with the end of a long-running mining strike during that period contributing to its fall. In August, the metal hit its longest run of losses on the London Stock Exchange in 27 years, with the spot price falling for a 10th straight session.

Worker strikes have taken a toll on the value of the metal. Even though a strike would traditionally help boost the price of platinum — by causing increased demand for the metal — aboveground inventories have helped keep the price stable.

Members of South Africa’s Association of Mineworkers and Construction Union put down their tools in January as they looked for higher wages at the world’s top three platinum producers: Impala Platinum (JSE:IMP), Anglo American Platinum (JSE:AMS) and Lonmin (JSE:LON). South Africa holds 80 percent of the world’s platinum reserves. The strike became the longest strike in South African history, ending in June; it ended up costing all three of the companies a combined $2 billion in revenue.

The strike, and the subsequent fallout it had on the platinum mining industry, has led some companies to look at getting rid of South African properties, which has done little to stabilize the price of platinum. Platinum-group metal output from the country has dropped a hefty 45 percent this year.

The Mail and Guardian estimates that there is more than a year’s supply of platinum still available, noting that the excess is helping keep the price of platinum down.

Car companies not picking up the slack

While strikes have limited the production and mining of platinum, a surplus of the metal has also contributed to a dwindling price. Platinum is used in the production of car components, an area where some companies have forecasted an increase in production. Not so, says the Mail and Guardian.

According to the newspaper, mining companies assumed car component manufacturers would require more platinum to create autocatalysts to adhere to emission standards. However, companies have been using substitutes such as palladium and recycled platinum as well, limiting platinum demand.

Falling imports to China over the summer have also hampered prices. Platinum imports to the Asian powerhouse as of August are down for the fifth consecutive month, and have fallen 17 percent for the year.

Not all bad news

Despite the slew of bad news for investors watching the price of platinum, some are forecasting a turnaround.

In an interview with the Financial Times, Terence Goodlace, CEO of Impala, said he believes there remains a medium- to long-term demand for the metal, which could offset the lows seen recently.

Similarly, the Public Investment Corporation, which manages money for South Africa’s Government Employee Pension Fund, has said it will invest in platinum, believing prices have nowhere to go but up.

“Platinum is strategic in the long-term,” chief investment officer Daniel Matjila said in a Bloomberg report. “We want to hang in there … It should bounce back at some point. We are a long-term player.

Countries are also looking to step into the gap created by less-than-ideal output from South Africa this year.

Russia and Zimbabwe announced today that they plan to join forces to create the largest platinum mine in the African country. Zimbabwe has the world’s second-biggest deposit of the precious metal after South Africa. The two countries are hoping to create a mine capable of producing 600,000 ounces per annum.