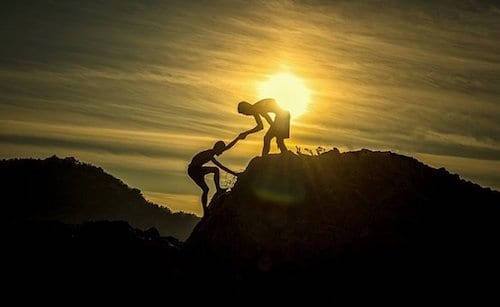 Despite a lackluster platinum environment, PGMs miners in South Africa may be able to lean on palladium’s rally to boost production.

While a slump in platinum prices have plagued miners in South Africa, palladium’s recent record-setting rally, paired with a weaker rand, is helping to offset the effects of a declining platinum sector.

South Africa could deeply benefit from palladium’s surge as it is one of the top two producers of the precious metal in the world.

The combination of steadily rising prices with a softer rand, which lowers costs for miners selling the precious metal for dollars, is giving miners such as Impala Platinum (Implats) (JSE:IMP), Sibanye-Stillwater (NYSE:SBGL,JSE:SGL), Lonmin (LSE:LMI) and Anglo American Platinum (Amplats) (LSE:AAL) an extended lifeline.

“While the outlook for South Africa’s platinum industry is uncertain, we do not believe it is as bleak as perceived, at least for some producers,” said Carsten Menke, a commodity strategist at Julius Baer Group.

The price of palladium has surged over 41 percent since August of last year, thanks to a growing demand for more emission-friendly gasoline-powered automobiles, which tend to use more of the metal in autocatalysts, over diesel vehicles. That paired with an acute supply shortage of palladium has resulted in buyers rushing to obtain it.

Additionally, rhodium, which is another byproduct of platinum mining that’s used in cars and the chemical sector, has increased fourfold since 2016.

“We have customers asking to buy all our palladium and rhodium,” stated Johan Theron, a spokesman for Implats.

In fact, several South African miners experienced financial gains during the fourth quarter and full-year 2018, thanks to the uptick in platinum group metals (PGMs) prices.

For its part, Implats announced on Monday (February 4) that it expects to report a 10 percent year-on-year increase in refined platinum production for H1 2018-2019, with an increase in PGMs basket price as the main catalyst behind the rise.

“Due to an improved rand PGM basket price, as well as improved safety and operational performances, Implats is expecting to report both positive basic and headline earnings for the period, compared to losses in the comparative period,” the miner noted in a press release.

On Tuesday (February 5), Amplats revealed that it expects last year’s profits to almost double 2017’s, thanks to a 13 percent jump in the basket price of PGMs.

Amplats also reported that its PGMs production rose 3 percent during the fourth quarter, with both platinum and palladium output climbing 3 percent. Although the company’s Mogalakwena mine, which is highly geared toward palladium, had a scheduled reduction in grade last year, the miner plans to shift more focus to the asset in 2019.

Meanwhile, at the end of November 2018, Lonmin noted that it achieved its first annual operating profit in four years thanks to cost-cutting and the average rand full basket price (including base metals) climbing 19.7 percent from the previous year, at R13,447 per PGM ounce. The company is also in the middle of a merger with Sibanye.

Neal Froneman, CEO of Sibanye addressed the merger, stating, “[w]e are confident that the integration of Lonmin’s PGM assets and Sibanye-Stillwater’s adjacent PGM operations, will ensure a more sustainable and positive future for these assets and bring greater stability to the region.”

The merger will act as an additional catalyst for Sibanye, allowing the company to overcome the current doldrums that platinum is in.

The first catalyst is evident in the way that the miner was able to pay down debt it accumulated during an acquisition spree, from the increase in palladium prices, said spokesman James Wellsted. The basket price for the company’s output of all PGMs surged 19 percent to 15,700 rand (US$1,155) an ounce in 2018.

On the flipside, some industry insiders believe that the price climb could be cut if automakers trade palladium for platinum, simply because it is cheaper. A long-lasting price differential could chip away at palladium demand and give platinum more support.