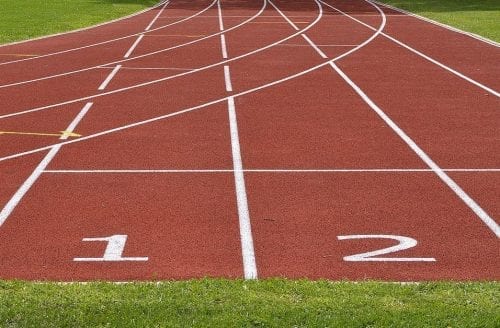 Despite palladium’s current price rally, analysts believe it will fall behind gold in 2019 — and platinum won’t catch up.

While palladium has eclipsed gold for the first time in 16 years, analysts believe that the climb is expected to slow down, eventually leaving the precious metal to slide behind gold but still topple the lackluster platinum.

On Tuesday (January 29), Reuters released a poll of 29 analysts and traders which concluded that palladium’s uptick, which has been heavily supported by a supply shortage, will end at around a price of US$1,200 per ounce this year before dipping behind yellow metal prices in 2020.

“The [palladium] supply deficit is here to stay, and the high level of prices as well,” said Frank Schallenberger, analyst at Landesbank Baden-Wuerttemberg.

Although palladium’s rally is expected to simmer and eventually decline, it is no longer on the same playing field as its sister metal platinum, which is expected to continue its spiral downward, falling for the eighth consecutive year in a row in 2019 before making a “modest comeback” the following year.

“Platinum’s performance has been pathetic since reaching a high in 2011 at US$2,308.80 per ounce,” said Andrew Hecht of Seeking Alpha.

For its part, palladium is expected to continue its success over platinum due to the fact that the supply shortage will be in the more than 1 million ounces range this year and next, according to researchers at Refinitiv GFMS.

Support in the form of a switch from diesel to gasoline car engines will also continue to help the precious metal. Both palladium and platinum are used mainly in catalytic converters that reduce vehicle emissions, but palladium loadings are higher in gasoline engines.

“The key market drivers are still the same. On one hand, supply is tight, with substantial supply deficits forecast for this year and next. At the same time, demand is buoyant, supported by the EU’s shift from diesel to gasoline and hybrid vehicles,” said FocusEconomics in its most recent report.

However, there are signs that global vehicle sales are down, which could simmer palladium’s rally, especially if it prompts speculative investors, who have helped drive prices higher, to sell their positions, noted Suki Cooper, analyst for Standard Chartered (LSE:STAN).

“The risk of profit-taking and slowing auto sales pose the largest downside risks,” she said. Adding, “[w]e expect prices to correct lower before resuming their uptrend given the constructive fundamentals over the coming years.”

Overall, car sales in China declined in 2018 for the first time in 30 years. Additionally, sales in both the United States and Europe are weakening as fears of a global economic slowdown increase.

Some industry insiders also believe that palladium prices could be cut if automakers trade palladium for platinum, simply because it is cheaper. A long-lasting price differential could chip away at palladium demand.

According to Reuters poll, the median forecast for platinum US$856 an ounce this year and approximately US$900 per ounce in 2020. Unlike palladium, platinum actually faces a supply surplus, which has been estimated by the World Platinum Investment Council at 455,000 ounces in 2019.

Best Junior Gold Stocks of 2020 on the TSXV
ERG: Copper Prices Could Reach US$7,000 Next Year
Australia’s Lithium Producers Could Benefit from Vertical Integration
5 Top Weekly TSXV Stocks: Decade Leads, Up Over 150 Percent