2013 was an “annus horribilis” for gold. Here’s a look at the main factors behind the precious metal’s demise and whether next year offers any hope of a recovery. 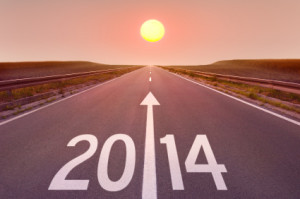 This article was originally published on Gold Investing News on December 19, 2013.
2013 will go down as the annus horribilis for gold, to quote a famous monarch who coined the term as a pithy description for a series of misadventures that befell the British royal family in 1992.
Similarly, gold, as an investment class, was hit by a number of factors this year that saw the precious metal tumble from its perch as a safe, reliable asset that for the past several years has been an attractive alternative to depreciating fiat currencies, a hedge against inflation, and a store of wealth — the latter a sort of insurance policy taken out against future economic calamity.
At the time of this writing, gold had suffered another significant drop in a year that has seen it plummet more than 25 percent in value; or 37 percent lower than gold’s record high of $1,923.70 an ounce reached in September 2011.
On the day after the U.S. Federal Reserve’s announcement that it will scale back quantitative easing, or QE, by $10 billion a month starting in January, gold slipped below the $1,200 an ounce mark for the first time in 6 months, with the spot price trading around $1,196 in New York.
The Fed for months has been musing about when to scale back its quantitative easing program, the $85 billion a month stimulus package that since 2008 has pumped some $4 trillion into the U.S. economy in order to keep interest rates low and prevent the country from falling back into recession. But an improved economic picture in the United States, particularly on the jobs front, has lessened the need for stimulus and increased pressure on the central bank to taper its monthly bond purchases, which due to the program’s inflationary nature, has been exceedingly bullish for gold. Since the program started in 2008, the bullion price has more than doubled, and only in the past 12 months has it significantly slipped.
Indeed, there will be no Santa Claus rally for gold this year, and the metal’s 12-year bull run has almost certainly come to an end. Or has it? In this 2014 outlook, Gold Investing News takes a look at the main factors that led to gold’s demise in 2013 and then offers up some predictions, with some help from the experts, on what 2014 has in store for the precious metal.

Where do we go from here?

Will gold’s annus horribilis turn into an annus mirabilis (wonderful year?) in 2014? The indications aren’t promising, considering the number of negative factors pushing against it, as outlined above.
For instance, while the U.S. government recently passed the Volcker rule designed to curb banks’ participation in high-risk strategies such as investing in hedge funds and trading gold and silver, the banks are already “seeking exemptions, loopholes and new ways to interpret the rule” instead of figuring out how to comply with it, according to a recent Forbes articles quoted by Silver Investing News. That means gold investors will likely continue to see gold and silver prices manipulated next year as they rise and fall with each mention of another pullback, or continuation, of QE.
On a more positive note, the Economic Times reported that gold buyers in India may soon have reason to cheer, considering that the government may ease import restrictions “following a dramatic improvement in the [current account deficit] and an unintended consequence of the curbs — a rise in smuggling”. A reduction in gold import duties from the current 10 percent could spur increased physical gold demand in India next year which could bid up the price.
An interesting trend that hasn’t been covered in the mainstream financial press is one identified by Jeff Clark, senior precious metals analyst at Casey Research. While the World Gold Council noted that total gold supply — mined and recycled — fell three percent in the third quarter compared with the same period a year ago, Clark is predicting a more serious supply crunch in 2014. That would bode well for the gold price, even if demand factors continue to flounder. According to Clark, the four factors that could chip away at the gold supply are: lower production, delayed mine development, and cuts to exploration budgets; “high-grading” deposits; governments putting a stop to big mining projects; and the implosion in South Africa’s gold mining industry. As the old adage goes, “the cure for low prices is low prices”, and if all or even some of Clark’s four factors come into play next year, the gold price could see an upward move.

Let’s take a look at what some of the experts are saying could happen to gold in 2014.
Canaacord Genuity
The day after the Fed’s decision to curb QE, the Financial Post quoted Canaccord Genuity’s Martin Roberge as pointing to the fact that this year is the first year since 1997 that gold will finish with a double-digit drop. Roberge noted that in other years where gold fell at least 10 percent, gold was flat the following year. “Very importantly, negative momentum should carry through the first half,” Roberge said in a note mentioned by FP.
UBS Investment Research
UBS Investment Resarch said earlier this month that with few positive catalysts moving forward, “gold is unlikely to regain its former appeal”. Accordingly, the firm cut its 2014 average gold price from $1,325 an ounce to $1,200. “As 2013 comes to a close, the New Year will likely tempt investors to further move out of safe havens — and especially out of gold — into other assets. Gold has become old news, and investors are likely to be eagerly searching for new places to put their cash to work,” said the UBS analysts.
Bank of America
The Bank of America was a little kinder to gold, predicting on December 15 that gold in 2014 will average $1,294 an ounce, rising from $1,250 in the first quarter to $1,350 in the fourth. The bank, however, warned that further slides could occur if the U.S. central bank tightens monetary policy by raising interest rates — a factor that could push gold down to $1,100.
Morgan Stanley
Morgan Stanley in October predicted that gold will extend losses in 2014 amid expectations of a further paring of U.S. stimulus — a prediction that proved prescient considering the $10 billion cut to QE announced on December 18. The investment bank said bullion will average $1,313 an ounce next year, compared to its 2013 forecast of $1,420, Morgan said in its quarterly metals report quoted by Bloomberg.
Goldman Sachs
Following bearish gold calls in October, Goldman Sachs said today, December 19, that gold’s declines aren’t over. “Gold is now likely to grind lower throughout 2014,” Jeffrey Currie, Goldman’s head of commodities research in New York, told Bloomberg. “Much of the expected price decline has been priced in as opposed to a more gentle process as the Fed backs away from QE. When the gold market sees these events, it usually tries to price it in immediately.”
The most bearish of the bunch, the investment bank said on November 20 that gold will drop to $1,050 by the end of next year.

Ending on a more upbeat note, Australian Mining wrote in a December article that even though gold company revenues are predicted to shrink next year by 10.2 percent, due to the combination of a lower gold price and higher production costs, the future for gold in the short term is positive.
The publication quoted Owen Hegarty, a former Rio Tinto (NYSE:RIO,ASX:RIO,LSE:RIO) executive, as saying that Chinese demand for gold is “unstoppable” and that “Australia will be playing catch up to deal with a supply problem for years to come, as big miners continue to shelve projects.”
“Supply is going to continue to be the issue, we are going to be playing catch up football on the supply side,” Hegarty told the recent Gold Symposium forum in Sydney.