The recently approved Volcker rule, which is aimed at curbing investment banks’ participation in high-risk — but lucrative — strategies, may also have an effect on precious metals like silver and gold. 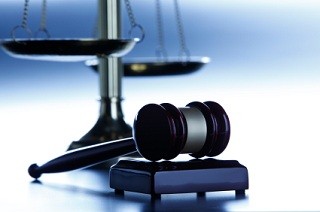 The Volcker rule received final approval less than a week ago, but already, Forbes states in an article published yesterday, investment banks are “seeking exemptions, loopholes and new ways to interpret the rule” instead of figuring out how to comply with it.

That’s not surprising considering the rule, which goes into effect on April 1, 2014 and will require full compliance after July 21, 2015, was established with the aim of curbing such banks’ participation in high-risk — but lucrative — strategies.

What’s a little more surprising is the effect that some analysts believe the rule will have on precious metals.

What is the Volcker rule?

To understand what the Volcker rule could mean for precious metals, it is first important to know what exactly it entails.

As mentioned, at its heart the rule is about stopping banks from engaging in high-risk strategies. More specifically, it was designed to limit “their ability to invest in hedge funds” and stop them from partaking in “speculative trading for their own gains,” as per Forbes. The result is that banks have been banned from proprietary trading and will now be prevented from owning more than 3 percent of hedge funds and private-equity funds.

That’s a problem for banks because, according to Forbes, their “executive compensation depends on the profits they reap from speculative trading.” They reportedly stand to lose billions of dollars as a result of the rule.

Proponents, however, hope such regulations will prevent another financial crisis like the one in 2008; many believe it was caused by the Gramm-Leach-Bliley Act, “which allowed banks to take 40-1 leverage and enormous risks with other people’s money.”

One of the first to offer an opinion on how the Volcker rule may affect precious metals was Jeffrey Nichols, publisher of NicholsOnGold, who on December 11 released a comment on that subject.

In the comment, Nichols explains that the rule means US banks like Goldman Sachs (NYSE:GS) and JPMorgan Chase (NYSE:JPM) “are now prohibited from trading gold and silver — including forward, futures, and options contracts — except on behalf of customers and not for their own short-term speculative gains.”

He believes that is significant due to the fact that they and other big banks are known for engaging in high-frequency trading, the intent of which is “often manipulative with large strategically timed selling, at key chart points, intended to beget more selling and the opportunity for these players to close out positions soon thereafter with attractive trading profits.”

Such trading tends to exacerbate the downward motion of metals prices when they are trending lower. On the flip side, when prices are on their way up, “large-scale buying at key chart points, exaggerates the bullish trend as it did in the 2011 run up to gold’s all-time high.”

In Nichols’ opinion, the implementation of the Volcker rule will help prevent such shifts and make gold and silver fundamentals, which “are decidedly bullish,” matter more than they do now.

However, not everyone agrees. As Mineweb’s Lawrence Williams points out, Nichols’ argument may be flawed in that if controls are “implemented by the U.S. Fed and if the Fed is the primary client behind the massive gold take-downs, as many believe it to be, not much may change with respect to gold” (silver “is another matter though as the Fed may not concern itself overly with silver price movements”).

On a different, but still doubtful, note, Scott Carter, CEO of Lear Capital, told International Business Times that while the rule could bring about increased transparency, he is “skeptical” because “[i]f the new rule had any teeth to it, the banks wouldn’t have agreed to the change.”

Similarly, Carlos Sanchez, a commodities trader at CPM Group, told the publication, “I don’t think the Volcker Rule will really have a significant impact on gold and silver trading. Banks have known this was coming up for years. I don’t see any real impact on the market.”

For now, then, the consensus seems to be to wait and see. After all, the rule will not require full compliance for another year and a half.

What Was the Highest Price for Silver?
What are Silver Futures?
Why Invest in Bitcoin?
A Look at Historical Copper Prices