Looking for a mining movie to watch? Check out our list of some of the greatest gold-mining films ever made.

With a history dating back 6,000 years, it’s only natural that gold has been the focus of many movies. Whether the protagonist is searching for the elusive yellow metal or trying to come to terms with their new fortune, gold makes for good entertainment.

Appealing to our deep-seated need for adventure, tales about golden treasures, mother lodes and cities made of gold have captured our collective attention for almost a century.

Below the Investing News Network has compiled a list of five great stories based around exploring the unknown in hopes of discovering golden riches. 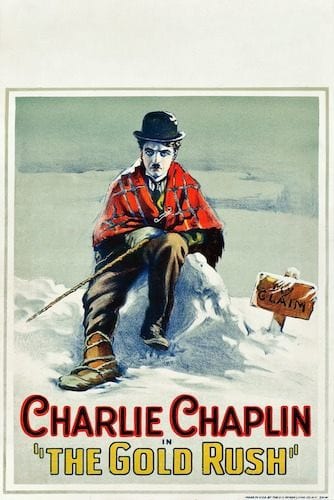 Produced in 1925, just 19 years after the first full-length movie, “The Gold Rush” is a silent film starring screen legend Charlie Chaplin. Our favorite quiet tramp heads to Alaska in search of gold.

However, a blizzard and a fugitive quickly distract the small moustachioed man in this trailblazing comedy. Barely surviving the extreme conditions, our silent star soon finds employment shoveling snow and later falls for a beautiful bartender. 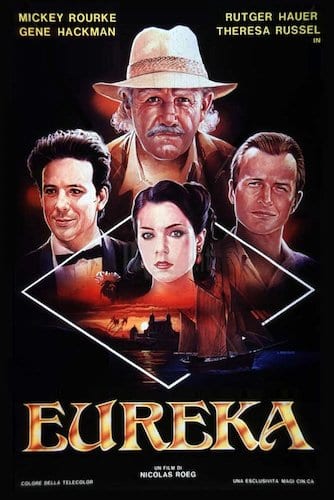 Released in 1983, “Eureka” is proof that life is often stranger than fiction. Loosely based on the true crime novel, “Who Killed Sir Harry Oakes,” “Eureka” is the story of Jack McCann (Gene Hackman), an arctic explorer looking to make a big discovery.

After finding his mother lode and becoming the richest man in the world, McCann purchases a Caribbean island called Eureka to retire and enjoy his riches. However, like so many fortunes do, McCann’s newfound wealth breeds envy and jealousy among those closest to him, eventually leading to his death.

Despite garnering poor reviews from critics, “Eureka” is an interesting tale of fortunes gained and lost. 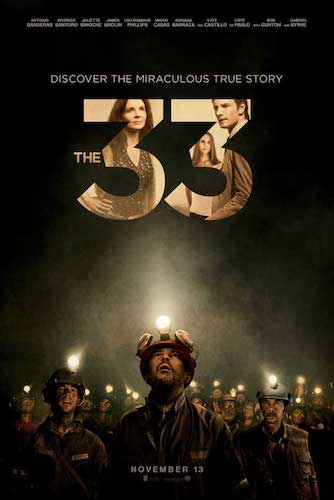 Another adaptation based on real-life events, “The 33” is the harrowing story of 33 Chilean miners trapped underground in a gold-copper mine in 2010. Surviving for 69 days, the movie is a testament to the human spirit, showcasing what happens when people work together for a common cause.

Dominating headlines for weeks in 2010, the plight of the miners brought engineers and rescue teams from around the globe to Chile in hopes of freeing them.

With only enough supplies to last 30 men three days, the miners rationed out their meager stock while rescue teams worked round the clock to bring them to the surface. 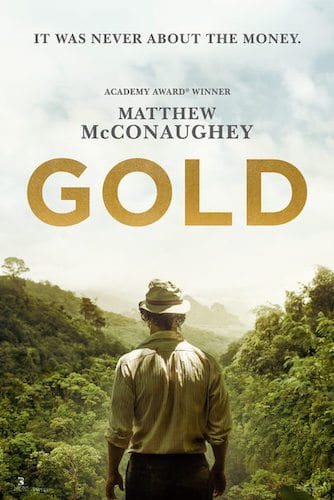 Starring Matthew McConaughey, “Gold” is the too-good-to-be-true story of a massive Indonesian gold mine that wasn’t what it appeared to be.

Loosely based on the Bre-X mining scandal, “Gold” follows an ambitious prospector and his less-than-honest geologist friend in their discovery of a US$30 billion mine. This wild ride takes viewers from the Indonesian jungle to the boardrooms of Wall Street as one man pitches investors and the other brings new definition to the phrase “fool’s gold.”

After you watch “Gold,” make sure to check out our list of investing tips from the movie. 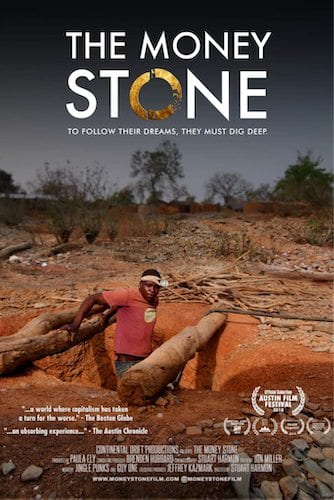 A documentary film set in Ghana, “The Money Stone” is a poignant story of dire choices. Filmmakers follow two families of artisanal miners living in poverty. Each family must decide whether to send their teenage sons into the dangerous “illegal” mines to help provide, or send the boys to school.

The movie also introduces James Bingo, a former child miner and current field officer for AfriKids. Bingo’s firm is a non-governmental organization looking to end child labor across the continent and promote health and education.

While each boy must decide what is ultimately best for him and his family, the movie is a stark look at the desperation and hope that lie just outside of a gold mine.

Let us know about your favorite gold-mining movies in the comments below. And don’t forget to follow us @INN_Resource for real-time updates!