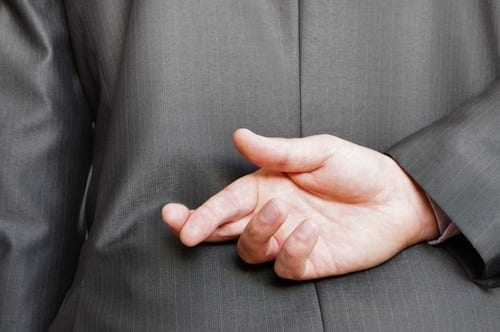 What can a gold movie teach investors? Plenty, it turns out — at least if you watch the right one. Here are five tips we unearthed.

What can a gold movie teach investors? Plenty, it turns out — at least if you watch the right one.

In the 2017 movie “Gold,” Matthew McConaughey plays Kenny Wells, the down-on-his-luck owner of Washoe Mining. Edgar Ramirez plays geologist Mike Acosta, and together they see enormous success after discovering a huge Indonesian gold deposit — that is, until it all turns out to be a fraud.

Sound familiar? That’s because the story was inspired by Canada’s 1997 Bre-X scandal. Wells is loosely based on Bre-X founder David Walsh, while Acosta is a combination of Dutch prospector John Felderhof and Indonesian geologist Michael de Guzman. And of course, their massive and ultimately fake gold find is Bre-X’s Indonesia-based Busang deposit.

Opinions are divided on how good the movie is (and on how well it presents the Bre-X story), but we think if you look closely enough it’s at least able to provide a few investing lessons. Watch the trailer for “Gold” below, then read on to see what we learned from this gold movie.

When Washoe starts taking off, Wells’ business partners and mining industry contacts are eager to get in on the action. Wells is all for it, but offers some rare words of caution to one friend: don’t forget to take profits. In other words, take at least some money off the table if the stock really starts flying.

Washoe’s incredible results eventually draw interest from institutional investors, and about halfway through the movie one of them offers to partner with Wells and Acosta on the project. The exec who presents the deal to them insists that because their experience lies in prospecting and exploration, they’ll need help bringing the deposit into production. Wells and Acosta soundly reject the proposal, claiming they can do it themselves.

The scene comes off as a heartening show of independence, but from an investment perspective their decision is questionable. Experts often recommend investing in companies whose management has a proven track record, and while Wells and Acosta are lucky, there’s never any suggestion that either has ever brought a mine into production.

Cory Fleck of the Korelin Economics Report shared a similar idea in a 2018 interview. “Look at how much management holds in terms of shares, look at how many options they have, look at how much they get paid and ask them what the story is,” he said. All of these factors are important for determining how much “skin” management has in the game, and how experienced they may be. In the case of the movie, it’s likely neither had enough experience to adequately manage the project in the production phase.

Major miners aren’t the only ones who decide they want a piece of Washoe’s find — as the movie progresses, the Indonesian government decides it wants to get in on the action.

This potential roadblock ends up working out for Wells and Acosta, who are able to make a deal with the Indonesian government. Even so, the incident shows just how risky it can be to invest in companies with assets in less stable jurisdictions.

Glencore (LSE:GLEN) is a great recent example of the challenges of operating in volatile political conditions. Whether it’s been a new mining code or good business relationships gone sour, Glencore has been paying the price for mining in the precarious Democratic Republic of Congo.

This is something that investors would do well to consider when evaluating mining companies — do they have projects in politically volatile areas of the world? And if so, do they have a diversified portfolio in case things go awry? That brings us to our next lesson.

Riding a rising stock to the top without selling anything along the way is an easy way to lose money, but if you diversify your portfolio you’ll at least have other investments to fall back on if one fails.

Unfortunately, that’s another investing lesson Wells and many of his friends didn’t follow. Wells, who has next to no money at the beginning of the movie, appears to end it with even less — in one of the final scenes he tells the FBI agents interrogating him that he’ll have to sneak out of the hotel he’s staying at because he has no money to pay for his room. That, of course, is because he’s put it all into his company.

As Fleck emphasized, investors should not be “too focused on resources.” He explained, “have some positions that you feel comfortable with, but realize there’s other stuff going on out in world, don’t always be in that bubble.”

Gold movie tip 5. If it sounds too good to be true, it probably is

If there’s one investing lesson that “Gold” really drives home, it’s that if something sounds too good to be true, it probably is. As the truth behind Washoe’s discovery is revealed, the movie begins to center on the question of how so many people — many of them experts — could have been duped.

The answer turns out to be simple: no one looked hard enough at the information being presented. Investors, big banks and even those working at Washoe wanted so badly to believe what they were being told that they didn’t bother to do their due diligence.

Today that problem has been solved to some extent — after the Bre-X scandal the Canadian mining industry became much more regulated. But that doesn’t mean investors don’t need to do their research. As Independent Speculator CEO Lobo Tiggre has said in the past, “dig deeper, try harder [and] don’t be impatient.” He added, “there’s always a fatal flaw.”

Not every gold movie has educational takeaways — what was your most valuable lesson from this film?

One response to ““Gold” Movie: 5 Investing Lessons You Won’t Want to Miss”