At PDAC, Taylor touched on a variety of topics, including gold manipulation, the American petrodollar and why he thinks the greatest gold deposit remains to be seen. 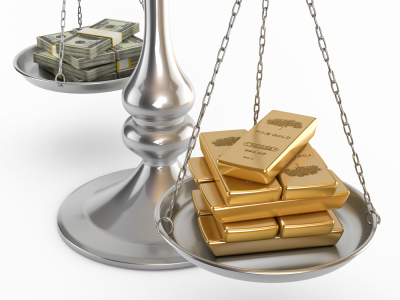 He titled his talk “The Greatest Gold Deposit and the Greatest Gold Bull Market in History?” and touched on a variety of topics, including gold manipulation, the American petrodollar and why he thinks the greatest gold deposit remains to be seen.

Taylor said the reason he believes we are heading into the greatest gold bull market is because we have had the “greatest monetary debasing in the history of the world.” He explained that when Richard Nixon cut off the gold standard in 1971 and gave the Federal Reserve and other central banks around the world the freedom to print large amounts of money, it took away the intrinsic value of money, leaving nothing to back it up and inevitably leading to national debt.

“I think when the masses start to discover that they’ve been had with respect to the monetary games that are being played by the policymakers, there will be an exit from paper into gold and silver,” he said.

“We have this massive amount of money printing that continues to create more debt. Remember, debt is the raw material in which money was created in a fractional currency system,” Taylor said. “The con job has worked very well for 50 years since Nixon took us off the gold standard. We’ve had massive gold market manipulation.”

Another topic Taylor touched on was the petrodollar, a term coined by an economics professor after the oil price rose sharply in the 1970s and the US negotiated deals with the Middle East to denominate oil sales into US dollars.

“The military enforcement, in my view, what is going on in the Middle East, is nothing less than to try to preserve the petrodollar system,” Taylor said, adding that it’s very clear Russia and China are teaming up to compete against the petrodollar. China recently struck currency agreements with both Canada and Qatar, and Russia is reportedly looking to unseal its $88-billion foreign currency reserve fund to acquire rubles, but Taylor said the countries have also been stockpiling gold.

All of those factors have contributed to Taylor’s overall bullishness on gold, but he said he is particularly interested in the work being done by Novo Resources (CSE:NVO) at its Pilbara paleoplacer gold project in Australia. This project actually consists of two properties that have been named the Beatons Creek project and the Marble Bar project, and from what Taylor has seen from the results there so far, he believes the company may be onto something big.

He explained that Novo’s president and CEO, Dr. Quinton Hennigh, examined the mineralogy of rock from South Africa’s gold-rich Witwatersrand ridge, and preliminary exploration of the Hammersley Basin in Australia shows that similar rocks were deposited there around the same time. So far the company has reported some great results, with drilling being mainly focused on Beatons Creek. In May 2013, Novo announced an initial resource estimate outlining 8.9 million tonnes averaging 1.47 g/t gold using a cut off of 0.5 g/t gold.

The company just released new assay results from shallow oxide drill holes at Beatons Creek on Tuesday; they include 1 meter of 40.07 g/t gold.

Taylor said in one of his newsletters that Beatons Creek could “develop into a low-cost mining project that might be built for less than $20 million and produce 30,000 or so ounces of gold per year with operating costs also being very low,” and said he is “expecting it will be substantially higher than the 1.47 grams based on the these larger drill intercepts involved in Beatons Creek.”

It will certainly be interesting to see whether he ends up being correct — both about Novo and about the prospects for a gold bull market.