Looking for assurance and direction, gold investors are considering everything from supply to European debt, but there is a common oversight–miners. 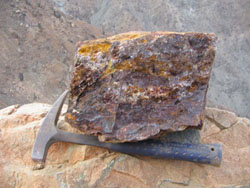 Gold’s record breaking performance has been all the rave. Now, the decline of the metal’s price is the captivating news du jour. Investors are scrambling to make sense of what is happening, and though many are reassessing their positions in gold, they are largely traveling the same course, that is focusing on bullion while ignoring the miners.

Short term vision has gone viral. Corporations say they aren’t spending and hiring because of economic uncertainty, private companies are putting off their IPOs because of volatility in the markets and investors are making decisions based on the daily news. But, gold miners appear to be rising above the madness. While losses tend to be a primary concern in the markets right now, gold companies, with cheap stocks and piles of cash are exploring their options—to buy, explore, and expand.

Adam Graf, a Dahlman Rose analyst, described the previous financial crisis as a time when there were extremely low valuations and miners had a great opportunity to buy tremendous assets, but instead they just froze. Graf said that a number of miners have since expressed regret about not acting on those opportunities. As a result, he predicted that there could be a wave of mergers and acquisitions (M&A) in the gold mining sector as cash-flush producers seek to snap up juniors.

David Christenson, President, CEO and CIO of ASA Gold and Precious Metals believes that M&A will be opportunitistic. He pointed out that a lot of the seniors are not chasing the juniors or the mid caps because the valuations have gotten out of whack and juniors have become expensive. Instead of companies “cherry picking” new assets, he says most purchases now are based on finding two assets next to each other and putting them together.

A recent example was seen on September 19 when Agnico-Eagle Mines (NYSE:AEM) revealed plans to take over Grayd Resource Corporation (TSXV:GYD). In doing so, Agnico-Eagle will acquire Grayd’s 100 percent interest in La India, a gold project in Mexico that is located about 70 kilometers from Agnico-Eagle’s Pinos Altos gold mine.

Even more recent, on September 26, Detour Gold (TSX:DGC) announced plans to spend C$84 million to acquire all of the issued and outstanding shares of Trade Winds, which has interests in property in the Detour Lake area. Gerald Panneton, President and CEO of Detour Gold said that by acquiring Trade Winds, his company could more effectively continue exploration activities on the west side of the Detour Lake Project.

Richard O’Brien, CEO of Newmont (NYSE:NEM), said his company will always look at acquisitions to see if they’re profitable relative to its own internal portfolio. At the present time, Newmont doesn’t really see that, he said, and the company would rather grow organically via a $7 billion capital expenditure plan, than via acquisitions. Growing internally is still relatively cheaper, he added.

Shareholders are also increasingly becoming the recipients of miners’ cash. In April, Newmont made a record-setting move by linking its dividend to the gold price, providing shareholders a better opportunity to profit from price surges. Now, the company has enhanced that plan even further.

Aaron Regent, CEO of Barrick Gold (NYSE:ABX) recently said “things are going well and we are generating record earnings so, dividends and dividend increases are probably something that will be very much discussed.”

This activity is occurring in a sector where stocks are generally considered cheap. Christensen says seniors such as Barrick, GoldCorp (NYSE:GG), and the South Africans are doing an exceedingly good job in terms of value right now.

If gold mining stocks are generally undervalued, then on days such as yesterday, it’s like shares move from sale pricing to clearance pricing. Australia’s miners took a hit with, Newcrest (ASX:NCM), being one of the biggest losers among the top 50 companies and South Africa’s miners experiencing the biggest three day drop in over two years…an ideal opportunity for investors.