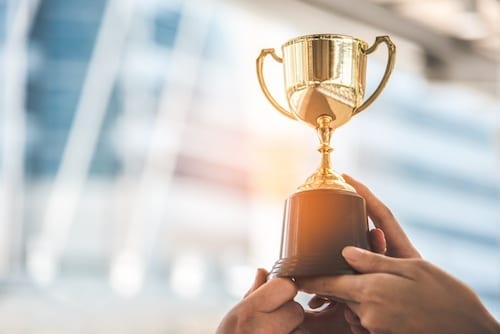 The recipients were selected from a long list, and were singled out for a variety of characteristics, including exceptional leadership, social responsibility and community engagement.

The Prospectors & Developers Association of Canada (PDAC) has selected the six top international and domestic miners and explorers for 2019.

The recipients were selected from a long list, and were singled out for being exceptional leaders in the mineral exploration and mining space, as well as community engagement initiatives and environmental and social responsibility efforts.

Peregrine, a Vancouver-based diamond junior, was selected to receive the Bill Dennis Award for its discovery and following development work at the Chidliak diamond deposit on Nunavut’s Baffin Island. In the decade Peregrine has spent exploring Chidliak, 74 kimberlite pipes have been discovered.

Chidliak is billed as Canada’s next diamond mine with an inferred resource of 12.45 million tonnes at 1.78 carats per tonne.

Meanwhile, Avalon Advanced Metals president and CEO Donald Bubar, was awarded the Distinguished Service Award, for his dedication to raising awareness and facilitating communication between the mining industry and Indigenous communities.

“Don was instrumental in developing a relationship with the Assembly of First Nations (AFN), which ultimately led to the Memorandum of Understanding between PDAC and AFN, signed March 4, 2008,” noted the PDAC announcement.

The energy developer currently has a variety of ongoing projects in Saskatchewan’s Athabasca Basin.

“NexGen’s programs empower Saskatchewan’s youth through hands-on work experience, providing access to education, sport and employment opportunities,” noted PDAC’s press release. “From an environmental standpoint, NexGen is an early adopter of centrifuge units and introduced the use of TECH Directional drilling methods as a way of reducing the surface footprint from exploration drilling.”

Last year, NexGen won the Bill Dennis award for the company’s discovery of the Arrow project, considered to be one of the world’s largest undeveloped uranium deposits.

“The NexGen team’s culture of creating positive impacts for all reflects our core objective which extends beyond bringing a mine into production,” Leigh Curyer, CEO of NexGen, said regarding this year’s honor. “We look forward to expanding the scope and breadth of our programs previously initiated as we head into 2019 conducting the largest campaign since incorporation in 2011.”

Selected to receive the Viola R. MacMillan Award was Nemaska Lithium. The company was chosen to win the award named after PDAC’s longest serving and first female president, for its Whabouchi lithium project in the James Bay region of Quebec.

The site is considered to be one of the largest spodumene deposits in North America, and is expected to produce 213,000 tonnes of spodumene per year.

Earlier this year, the Canada-focused lithium company completed a C$1.1-billion financing package for a lithium hydroxide and carbonate production facility, as well as a spodumene mine. Production is slated to start sometime in the third quarter of 2019.

Honorees will attend the 41st annual PDAC conference, which will be held in Toronto in early March. Recipients will be celebrated at the official Awards Gala & After Party at the Fairmont Royal York Hotel on Tuesday, March 5.