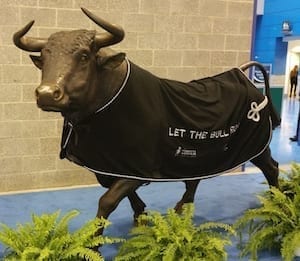 Did you miss this year’s International Metal Writers Conference? Here’s all of our coverage, from articles to video interviews.

This year’s International Metal Writers Conference was full of optimism from investors eager to learn more, discuss ideas and listen to experts share their thoughts on the junior mining sector.
Hosted by Cambridge House, the two-day show was held in Vancouver from May 28 to 29, and featured over 40 expert analysts and dozens of exhibiting companies. If you missed it, don’t worry — the Investing News Network (INN) team was there to be your eyes and ears.
Keep reading to view our coverage of the event. From panel and presentation overviews to video interviews, we’ve laid out the highlights for those who weren’t able to make it. Find out what experts had to say about commodities such as gold, uranium, silver, copper and even bitcoin.

INN attended presentations by Frank Holmes, Rick Rule and David Morgan, as well as the Young Leaders Panel moderated by Andrew Pollard. The first day of the show ended with an energy panel led by Gianni Kovacevic, where experts shared their thoughts about uranium, cobalt and lithium.

Day two of the conference was just as busy, and INN was at various panels, including discussions led by Holmes and Pollard. The team also attended talks by John Kaiser, Peter Schiff, Thom Calandra and Mickey Fulp. Meanwhile, the INN booth was action packed as the team interviewed thought leaders and CEOs about their favorite companies and the commodities they are watching this year.

Kaiser shares his thoughts on the junior resource sector, China’s economic slowdown and what companies he is following right now.

VIDEO — Peter Schiff: “There is No Limit to How High Gold Can Go”

Schiff, who’s president and CEO of Euro Pacific Capital, believes the US economy is a bubble that will soon pop, and recommends that investors secure safe-haven assets like gold.

Rule, who is a popular figure in the resource sector, discusses the gold price, how he picks stocks and why he’s no longer a bitcoin owner.

VIDEO — James Pettit of Aben Resources: The Price of Gold Will Go Higher

James Pettit, president and CEO of Aben Resources (TSXV:ABN), says gold has performed exactly as people thought it would, and notes that he believes it will go higher.

VIDEO — Jordan Trimble of Skyharbour Resources: “We’re in the Early Days of a Uranium Market Recovery”

Jordan Trimble, president and CEO of Skyharbour Resources (TSXV:SYH), talks about his company’s exploration projects and why he believes the uranium market has reached its bottom.

Michael Alkin, who’s founder and director of research at The Stock Catalyst Report, believes a uranium price recovery is finally in the cards. Watch the video to learn what three catalysts that he believes investors should watch.

VIDEO — Dev Randhawa of Fission Uranium: “If You Want to Make Real Money in this Life, be a Contrarian”

The uranium market was a frequent topic of discussion at the show. There was much talk about a looming global supply shortage, growing demand and when uranium prices will improve.

VIDEO — Ed Steer: The Silver Price Could Reach 3 Digits if This Happens

Ed Steer of GATA, who comments frequently on silver manipulation via his Gold and Silver Digest, explains why manipulation is such a problem in the silver market and what could change the current situation.

Fulp gives his thoughts on the copper market and reveals his long-term pick in the space.

Fulp, a self-described contrarian, shared his thoughts in a 30-minute copper-focused presentation at the show.

VIDEO — David Morgan: Cryptocurrencies Can be Profitable for Nimble Investors

Watch the video above to hear why David Morgan of The Morgan Report thinks precious metals and the blockchain could eventually be used together, and to learn which commodities he currently has his eye on.

Jeff Berwick, chief editor and host at The Dollar Vigilante, has been involved in the bitcoin space since 2011, and he believes that now more than ever it’s important for investors to understand the market.

VIDEO — Thom Calandra: Stock Picks and What to Look for on Site Visits

Calandra took the time to chat about what stocks he likes right now and why he thinks site visits are important.

Holmes discusses his favorite stocks, the gold market and the junior resource sector.

VIDEO — Andrew Pollard: The Lights are Back on in the Mining Industry

Pollard runs The Mining Recruitment Group, an executive search firm focused on the mining industry, and he has a unique view of the space and where it’s at today.

Which mining stocks do experts like Morgan, Kaiser and Brent Cook like? At one of the event’s most popular panels, they were asked to name at least two companies they like right now, with at least one ideally being present at the show.

Investors are often told to look for companies with good management — but what exactly makes a leader successful? In his half-hour talk, Rule listed six traits he believes most “serially successful” leaders share, and explained why he believes it’s so important to follow these people.

At The Outsider Club, Nick Hodge encourages investors to take their finances into their own hands and manage their own investments. Fittingly, his presentation at the conference focused on the three questions he asks before he buys a stock.

Pollard moderated the Vision to Exit Panel, where Eira Thomas, former CEO of Kaminak Gold and founder/director of Lucara Diamond (TSX:LUC); Mark O’Dea, former executive chairman of True Gold Mining; and Doug Forster, president and CEO of Featherstone Capital, shared their thoughts on what it takes to develop and sell a strong project.

Benj Gallander: “Less is More” When the Market is Good

Contra the Heard’s Benj Gallander, who’s known for being inherently contrarian, explained how he invests during these fascinating times.
Don’t forget to follow us @INN_Resource for real-time news updates!
Securities Disclosure: I, Priscila Barrera, hold no direct investment interest in any company mentioned in this article.