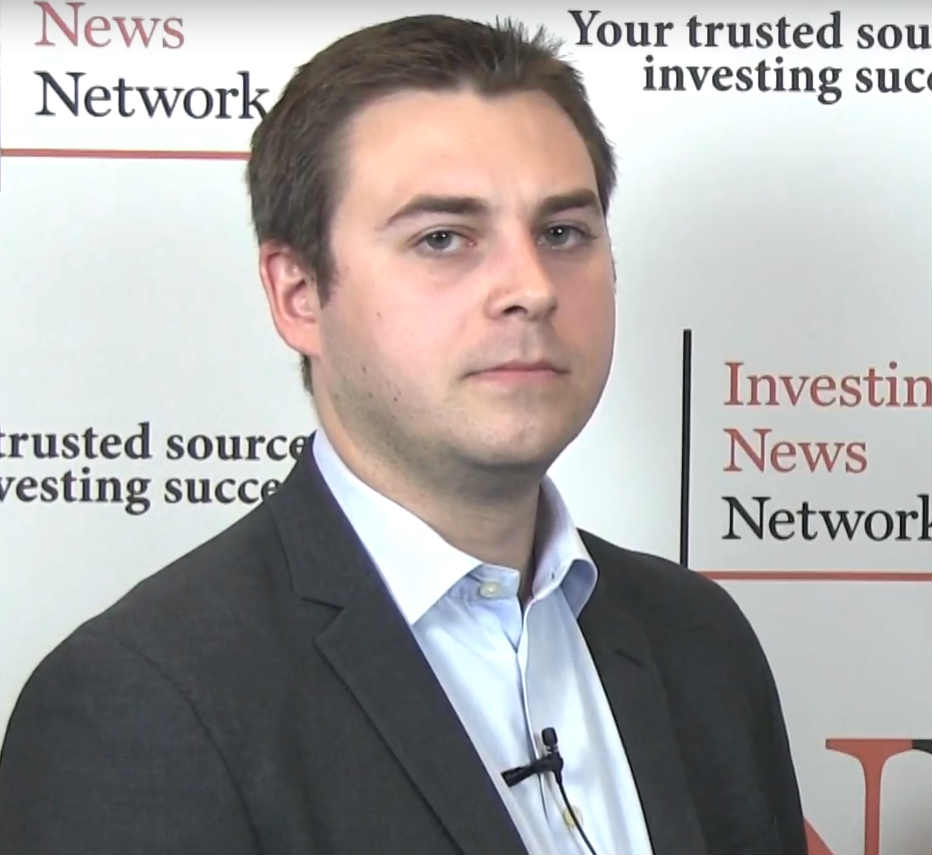 Jordan Trimble, president and CEO of Skyharbour Resources, talks about his company’s exploration projects and the uranium market.

Skyharbour Resources (TSXV:SYH) President and CEO Jordan Trimble gave a company presentation and participated in two panels at the recent International Metal Writers Conference in Vancouver. In the midst of the busy show, Trimble took some time to talk to the Investing News Network about Skyharbour’s uranium and thorium exploration projects in Saskatchewan’s Athabasca Basin.
Skyharbour has interests in five projects covering over 250,000 hectares in the region. In June last year, the firm secured an option to buy Denison Mines’ (TSX:DML,NYSEMKT:DNN) Moore Lake uranium project on the southeastern side of the Athabasca Basin. Trimble said results of the company’s winter drill program revealed 21 percent U3O8 over a meter and a half, plus “a high-grade pod” with 9 percent U3O8 over a meter and a half.

He also said Skyharbour is fully funded for its summer 2017 and January to March 2018 drill programs. In March, the company reached option agreements with Areva (EPA:AREVA) and Azincourt Uranium (TSXV:AAZ) to advance exploration at the Preston uranium project.

Trimble said he believes the uranium market has reached its bottom, and that most analysts predict the price will have to hit $55 to $65 a pound to incentivize new production to come online. He explained that new larger reactors are being built that require more uranium to operate, and nuclear utilities will need to renew their supply contracts in the next few years.
He added that nuclear energy is really the only source of electricity that provides 24/7 base load power with zero carbon emissions, and said it can be part of the solution to the air-quality issues that various countries are facing.
The transcript for this interview can be found below.