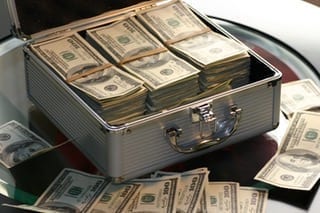 Investors are often told to look for companies with good management — but what exactly makes a leader successful?

Investors are often told that one of the keys to identifying good companies is to look at management — the thinking is that people who have been successful more than once are likely to be successful again.
But what combination of traits makes a person successful? That’s a tricky question, but at the recent International Metal Writers Conference Rick Rule of Sprott US Holdings did his best to answer it.
In his half-hour talk, Rule listed six traits he believes most “serially successful” leaders share, and explained why he believes it’s so important to follow these people. “There’s a wonderful positive feedback loop when people are successful,” he said. “They attract better people around them.”
Read on for a brief overview of the qualities Rule identified. And stay tuned for our video interviews with Rule and other speakers at the show.

“I’m not sure why this makes them successful,” said Rule. “I think [it’s] because they are unwilling to accept precedent.” He explained that a serially successful person might approach a problem from several different points of view, and noted that the industry’s most successful people often take on projects that have been approached unsuccessfully by others.

2. The ability to focus and work hard

Rule also commented that people who are serially successful are “very smart.” That said, he noted that being smart is less of a determining factor in success than the others qualities he has identified. Elaborating, he said, “I’ve done business with some very smart people who’ve never met with success.”

The most successful people in the mining industry are “amazingly tenacious,” according to Rule — and they have to be in order to weather bear markets. Rule noted that during the time he held them, all of Ross Beaty’s successful companies saw their share prices drop by 50 percent at least twice.

5. The desire to look out for others

Rule’s talk was peppered with the names of older serially successful people in the mining business, but in closing he challenged the audience to go out and search for the next generation of serially successful leaders. He named Amir Adnani, currently of Uranium Energy (NYSEMKT:UEC) and GoldMining (TSXV:GOLD), and Ivan Bebek of Auryn Resources (TSX:AUG) as examples, but urged investors to do their own research.
“The most important thing you can do is to have the discipline to invest with the serially successful,” he concluded.
Don’t forget to follow us @INN_Resource for real-time news updates!
Securities Disclosure: I, Charlotte McLeod, hold no direct investment interest in any company mentioned in this article.
Related reading:
International Metal Writers Conference 2017, Day 1: Notes from the Floor
International Metal Writers Conference 2017, Day 2: Notes from the Floor