2014 hasn’t been the best year for the coal market. Next year, Joe Aldina of Wood Mackenzie expects to see more high-cost supply come out of the market, but his firm isn’t calling for a material recovery in coal prices for another couple of years. 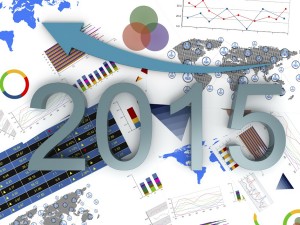 To be sure, it hasn’t been the best year for coal. Both the thermal and metallurgical spaces have been plagued by oversupply and falling prices, and continued cost cutting on the production side has led to an ever-dropping floor.

Both met coal and thermal coal hit multi-year lows in 2014, with prices falling to around $120 and $65 respectively. According to the Financial Times, met coal has lost 16 percent this year, while benchmark Australian thermal coal has fallen 25 percent. And although Glencore (LSE:GLEN) recently said it will halt its Australian coal production over Christmas in response to oversupply, it’s definitely the exception to the norm.

Demand has taken a hit too. President Obama continued his “war on coal” this year, bringing into effect new carbon emissions rules set out by the US Environmental Protection Agency. While events such as the shortage of coal in Ukraine and the possibility that India will open up to commercial coal mining made headlines this year, they clearly haven’t been enough to boost prices.

Meanwhile, as Wood Mackenzie notes in a report on what to look for in 2015, China is moving towards “cleaner coal consumption,” and power companies have been ordered to cut imports by 25 million tonnes next year. While China definitely needs coal, there’s uncertainty over what the future will hold in that country.

Looking back, Wood Mackenzie analyst Joe Aldina said he isn’t overly surprised with the state of the market this year. He hopes to see more high-cost supply drop out of the market next year, and also said that 2015 could be “an interesting year for deal making” in the sector. Overall, he suggested that while a material recovery in coal prices is likely still “a few years out,” for the long term, well-capitalized investors who are comfortable taking some risks could find opportunities in the coal space.

CIN: What are your thoughts on the coal market last year?

JA: I think coal markets in 2014 were in a transition year. We saw some miners continue to dump additional supply into both the metallurgical and thermal coal markets, which weighed heavily on pricing. Responding to even lower prices, miners managed to find more efficiency gains and even more room for cost cutting, even after making substantial improvements in 2013. They cut costs deeper than many in the industry thought they could.

We saw some relatively small bankruptcies in the coal space, such as James River Coal’s (OTCMKTS:JRCCQ) filing, but we might have seen more if investors in search of yield hadn’t been willing to refinance large sums of debt for the public coal companies with battered balance sheets. In the second half of the year, we got some more rationalization of supply as higher-cost mines were idled, but there is still some way to go.

In the met coal market, our running total of production cuts in 2014 amounts to 27 million tonnes, but if we exclude domestic Chinese volumes, the number is closer to 15 million tonnes. And that doesn’t take into account that Russia has been increasing metallurgical coal exports to the Far East and Australia is outpacing last year in terms of met coal exports. We are still very much in an oversupply situation and there is still scope for further supply cuts. Additional supply rationalization will be a key leading indicator of metallurgical coal prices in 2015 since there aren’t a lot of other catalysts that are expected to change the supply/demand balance.

CIN: What do you think was the biggest news in the coal industry this year?

JA: I think analysts have been well aware of the oversupply situation and were expecting that some supply would be incrementally cut from the market, so the multiple announcements of mine closures in 2014 were more or less expected. The biggest news events were probably on the demand side of the market: the sudden shortages of coal in Ukraine and the coal license issues in India. Given the abundance of supply in the market, both for thermal and met coal, the impact of news from India and Ukraine was muted.

JA: When I look out to 2015, I see more clearing of high-cost supply on the market, with some more idling decisions and shutdowns. On the demand side, it’s a mixed bag. India is a bright spot, but a raft of measures in China to protect domestic suppliers are likely to adversely affect imports, offsetting strengthening import demand in India. We still believe that a material recovery in both metallurgical and thermal coal pricing is a few years out.

I expect that we’ll continue to see a lot of discipline with capital spending as shareholders have been critical of companies deploying capital in oversupplied markets and we have new CEOs at miners such as Anglo American (LSE:AAL), BHP Billiton (NYSE:BHP,ASX:BHP,LSE:BLT), Rio Tinto (NYSE:RIO,ASX:RIO,LSE:RIO) and Whitehaven (ASX:WHC) — they are atoning for the speculative capital spending of their predecessors.

CIN: Are there any factors that investors should keep their eyes on in the new year?

JA: I think it will be a very interesting year for deal making as over-leveraged mining companies have put a large number of assets up for sale and there are strategic buyers, private equity funds and other private capital out there looking for bargain assets. In the case of some private equity funds, they’ve raised capital, but have deployed little of it to date. They will be pressed to make some acquisitions in 2015.

Denver-based Resource Capital Funds has invested in Riversdale Resources, which is developing projects in the Crowsnest Pass in Alberta, but there are more deals to come. Some of the junior miners in Canada and elsewhere will be struggling for survival as they are experiencing critically low liquidity. As junior miners generally have fewer funding options than the larger players, private equity may have an opportunity to step in and provide the funding.

If you are a longer-term, well-capitalized investor comfortable with taking on some commodity price risk, it really is a buyer’s market out there.

CIN: Finally, any companies you have your eye on in the coal space in 2015?

JA: I’m watching Walter Energy (NYSE:WLT) to see how it manages cash through a tough pricing environment. I’ll also be watching to see if Westmoreland Coal (NASDAQ:WLB) CEO Keith Alessi makes any further acquisitions, since he’s said that he continues to be on the hunt. Westmoreland recently acquired Oxford Resource Partners (NYSE:OXF) in the US, which gives it access to a master limited partnership (MLP) structure, and I’m watching to see if Westmoreland will drop down more assets into Oxford as its mines are well suited to a MLP.

In the broader mining sector, I’ll have an eye on Glencore to see if it can pull off a tie up with Rio Tinto, which would give Glencore an instant presence in the iron ore trade and help it expand its global trading and marketing activities.

CIN: Great. Thank you for taking the time to share your thoughts on the coal market for next year.

The Thermal Coal Market in 2014: Slow and Steady Recovery