Wood Mackenzie believes that by 2020, coal will take oil’s place as the most dominant source of fuel in the world. 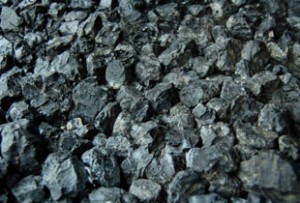 It’s difficult to say what the future holds for coal.

The fuel has some major critics, including the United States, World Bank and European Investment Bank, all of which have recently turned against it. However, it also has hard-hitting supporters — such as the World Coal Association’s Milton Catelin — who believe coal is key to an acceptable standard of life in both developed and developing countries.

Most recently, it is the latter camp that has gained a supporter: William Durbin, president of global markets at Wood Mackenzie.

Speaking at the World Energy Congress, held in Daegu, Korea from October 13 to 17, Durbin said that “global government policies to reduce carbon emissions will not prevent a hydrocarbon world.” He sees carbon policies implemented by governments across the world as ultimately having a “muted impact,” with the eventual effect being that by 2020, coal will take oil‘s place as the dominant fuel worldwide.

China and India to drive demand

Explaining which nations will drive that shift, Durbin noted that China and India’s “aggressive power requirements” will mainly be responsible for coal’s growing role in the energy mix. Those two countries “just do not have the same latitude that more developed economies have to focus on carbon emissions at the risk of reducing economic development from higher cost alternative fuels and technologies,” he said.

China in particular will help push coal to the top, with coal’s abundance and affordability making it the fuel of choice in the country.

Durbin said that the United States, Europe and Asia will also help drive coal demand. He believes that in Europe, demand will stay strong, at least until 2020, because consumers likely will not start switching away from the fuel before that time. Across the world, in North America, coal will continue to enjoy popularity because in many locations it is comparable in price to natural gas.

In Southeast Asia, Durbin sees increased coal buying being brought about by gas suppliers’ inability to keep up with demand, while in Northeast Asia, he believes “high fuel import costs, security of supply and nuclear issues will support growth in coal generation.”

All that is to say that coal enthusiasts need not despair — despite the negativity that often surrounds the coal industry, the fuel clearly should not be written off just yet.

Coal is Here to Stay, and That’s a Good Thing: Milton Catelin